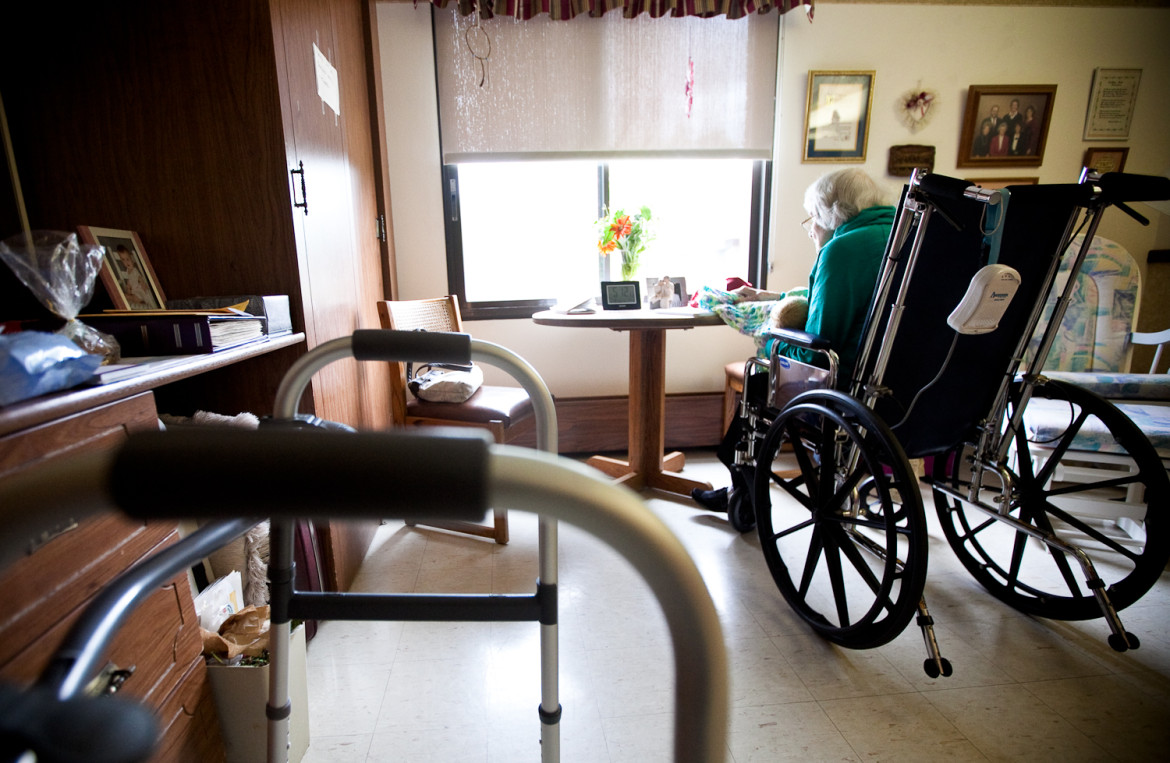 A Wisconsin tort reform law passed two years ago made state inspection reports of nursing homes and other health care facilities inadmissible as evidence in civil and criminal cases. Proponents of the law say it lets providers discuss problems more openly, but critics argue it puts the elderly and vulnerable at risk. This woman, whose family asked that she not be identified, was a resident at a Sauk City nursing home.

Federal inspection records of Wisconsin nursing homes dated September 2009 through November 2012. This data set focuses on only those deficiencies deemed to put residents in “immediate jeopardy” (known as class J, K, and L violations). Data were compiled by ProPublica, an independent nonprofit investigative news organization, as part of its Nursing Home Inspect app. The Wisconsin Center for Investigative Journalism used ProPublica’s data to create this visualization.