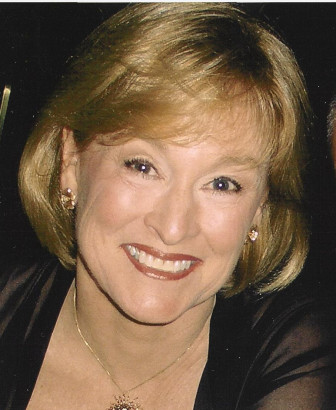 Note: This post was updated on Feb. 15 to include additional sponsors.

Thompson, a Wisconsin native, was a chief correspondent at Dateline NBC for 16 years, and is known for her hard-hitting investigative pieces on consumer, health and safety issues. She now teaches investigative reporting around the world and produces documentaries.

The Wisconsin Watchdog Awards reception and dinner is presented jointly by the Wisconsin Center for Investigative Journalism, Wisconsin Freedom of Information Council and the Madison Pro Chapter of the Society of Professional Journalists.

“Lea Thompson’s award-winning work has demonstrated the power of journalism to improve the lives of vulnerable people and to hold the powerful accountable for abuses of the public’s trust,” said Andy Hall, executive director of the Wisconsin Center for Investigative Journalism.

“We are thrilled that she’s returning to her home state, where her late father was publisher of The Marshfield News-Herald and promoted great journalism, to deliver this address.”

The Wisconsin Watchdog Awards, a celebration of investigative reporting and open government, is open to the public, with proceeds supporting the nonprofit and nonpartisan Wisconsin Center for Investigative Journalism.

LINK: Online registration for the Wisconsin Watchdog Awards reception and dinner
LINK: How to become a sponsor of the event

Additional sponsors are being sought for the Wisconsin Watchdog Awards. Sponsorship information is available here.

The evening will begin with a reception at 5 p.m., followed by dinner at 6. Tickets are available for $55. Register online here.

Attendance is limited to 120 and organizers expect all tickets will be sold.

The recipient of the 2013 Distinguished Wisconsin Watchdog Award will be announced next week. Subscribe to the Center’s email newsletter to be notified when the announcement has been made.

Also at the event, winners of the Wisconsin Freedom of Information Council’s annual Opee Awards will be recognized for their work promoting open government, and the Madison SPJ chapter will review the year in journalism.

Prior to working at Dateline, Thompson headed the investigative unit and anchored at WRC-TV, Washington, for 15 years. Thompson has won dozens of awards, including two Peabodys, two George Polks, a Columbia duPont, a Loeb, three National Emmys, the Edward R. Murrow Award,  almost two dozen Washington Regional Emmies, and multiple Investigative Reporters and Editors awards. She is a member of the IRE Board of Directors and serves as an adviser to other investigative reporting organizations.

Not only has Thompson’s reporting earned every major broadcast journalism award, it has inspired three acts of Congress and dozens of laws, recalls and policy changes, as well as TV movies and books.

Her investigation into doctors’ office errors, “Deadly Mistakes,” helped lead to the Medical Laboratory Improvement Act of 1988. The Infant Formula Act regulating what goes in and must stay out of formula was also a result of Thompson’s stories. Legislation and the use of a new DPT vaccine in the country followed Thompson’s investigation of children being harmed by the vaccine. That work was also featured in the book DPT: Shot in the Dark. With producer Rick Nelson, Thompson exposed Dr. Cecil Jacobson, the fertility doctor who used his own sperm, and their work was detailed in the book The Babymaker.