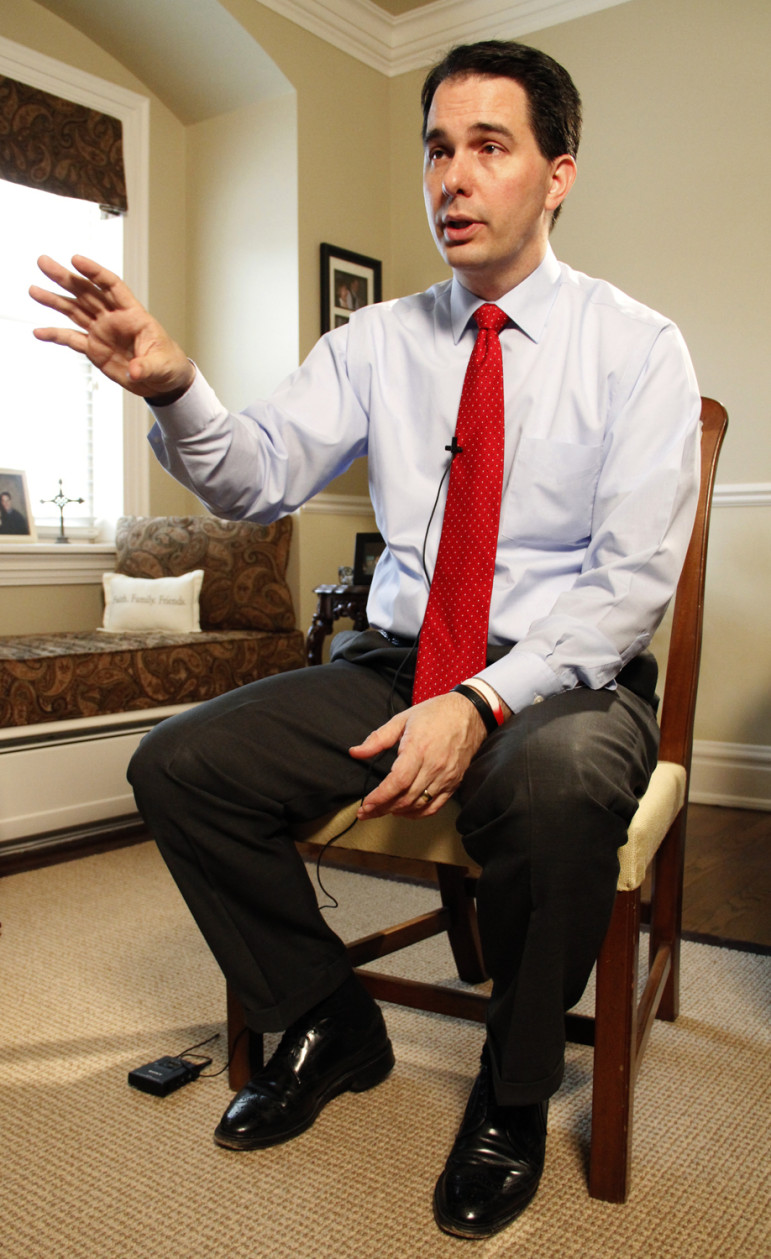 Gov. Scott Walker on Wednesday apparently drove the final nail into the coffin of calls to end same-day voter registration in Wisconsin, vowing to veto any such bill that imposed additional costs.

“If it has a price tag, absolutely,” Walker told the Wisconsin Center for Investigative Journalism in an interview at the Executive Residence, when asked if he would use his veto pen. “There’s no way we’re spending money on something like that.”

The idea of ending same-day voter registration gained currency after Walker made a speech in California last month in which he suggested ending the state’s practice of letting voters register on Election Day, citing the burden it placed on poll workers. Two Republican lawmakers began seeking sponsors on a bill to accomplish this in the GOP-controlled state Legislature.

But the idea drew heavy opposition from critics, including some local election officials, and the state Government Accountability Board estimated it would cost the state $5.2 million to develop alternative registration systems required by federal law. The idea also suffered a setback when it emerged that Walker’s son, accompanied by his father, registered at the polls last August.

Walker, a Republican, has previously said he would not sign a bill that included this price tag, but did not promise to veto it. In Wisconsin, bills neither signed nor vetoed become law.

Rep. Joel Kleefisch, R-Oconomowoc, has said he remains interested in exploring the idea.

But on Wednesday, as part of a series of year-end interviews with the news media, Walker said he would veto any bill that imposed any additional cost. Asked how much was too much to stave off his veto pen, Walker said, “To me, cost, period, I’m not interested.”

“Someday there may be a debate about that,” Walker said. “But in the next two years I don’t think there will be.”

Walker said the conditions that led to Michigan’s new right-to-work law are not present in Wisconsin, adding that he is eager to get past the protests, recall elections and uncertainty that have marked his first two years in office.

“All those things have been huge distractions towards employers, particularly small businesses, growing more jobs in the state of Wisconsin,” he said.

These protests and recalls, Walker said, greatly complicated his goal of adding 250,000 new private sector jobs by the end of his term, two years from now. He said these events, spurred by his curbs on collective bargaining and union rights for public employees, created a climate of uncertainty for state businesses, even though most of them “liked what we did.”

Walker took issue with a recent published report that the state has seen a net gain of just 25,000 jobs, saying “the raw data shows” that 86,000 jobs were created through June. (PolitiFact Wisconsin examined Walker’s job-numbers claim and rated it “Pants on Fire.”) But while Walker remains committed to his goal of adding 250,000 jobs overall, he acknowledged he may not make it.

“I concede it’s hard,” Walker said. “I have to hunker down. I have to double down. We talk about our budget, it’s going to be about creating jobs, developing the workforce, investing in education. Those are the things that will help us get to that goal.”