With seven weeks to go before the Nov. 6 election, the infusion of special interest cash in Wisconsin’s race for U.S. Senate could overtake even the candidates’ own formidable war chests.

More than $8 million in independent expenditures by outside groups were reported by midday Friday, an analysis by the Wisconsin Center for Investigative Journalism shows. 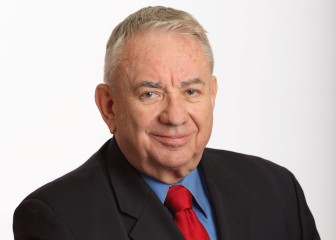 The Center for Responsive Politics, a nonpartisan watchdog group, now ranks Wisconsin’s race in third place nationally for independent spending in federal elections this fall, behind only the presidential race and a Senate battle in Texas.

“I think that a lot of eyes are on Wisconsin,” said Kathy Cramer Walsh, a political science professor at the University of Wisconsin-Madison, citing the state’s high political profile. “People are giving money because they want the Senate seat and also because they know what happens in Wisconsin has symbolic importance.”

The independent spending numbers, based on continually updated filings with the Federal Election Commission, include only what was reported as direct electioneering, not so-called issue ads that do not expressly call for a candidate’s election or defeat. 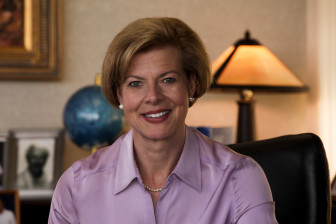 These outlays rival the $6.8 million spent by the two candidates on their own campaigns, through July 25. Baldwin accounted for more than two-thirds of this amount, and also led Thompson in cash on hand, $3.2 million to $353,000.

Of the reported independent spending so far, $4.4 million has gone to oppose Thompson or support Baldwin, compared to $1.5 million to support Thompson or oppose Baldwin. Much of this money has come from super PACs created in the wake of a 2010 U.S. Supreme Court decision. These groups can raise and spend unlimited sums from corporations and unions, so long as they act independently of the candidates’ campaigns.

Thompson has borne the brunt of the negative spending, with $3.7 million being directed against him. This includes about $550,000 spent prior to the Aug. 14 primary by Club for Growth Action, the super PAC of a national conservative group that favored another GOP contender, Mark Neumann.

In all, Club for Growth has spent $1.7 million on Wisconsin’s Senate race, more than any other group. Besides opposing Thompson, the super PAC spent $459,000 to back Neumann and $659,000 to oppose Eric Hovde, another unsuccessful GOP contender.

Barney Keller, a spokesman for Club for Growth, says the group was drawn into the race because it felt strongly about Neumann. Now that another Republican has got the nod, “we’re completely out.”

Baldwin’s candidacy is also buoyed by several other groups. Women Vote!, a super PAC affiliated with Emily’s List, which supports pro-choice women Democrats, has spent nearly $1.1 million on Wisconsin’s Senate race, including $791,000 to oppose Thompson and $164,000 to support Baldwin.

Majority PAC, a super PAC devoted to maintaining a Democratic majority in the U.S. Senate, has spent about $1 million on Wisconsin’s Senate race, including $801,000 to oppose Thompson. And the Service Employees International Union has pumped $679,000 into the race on Baldwin’s behalf, through its PAC and super PAC.

Some spending not reported

Baldwin, like Thompson, has also been a target. About $860,000 in independent expenditures have been brought against her, nearly all from the U.S. Chamber of Commerce, a nonprofit business group, which ran pre-primary attack ads.

John Kraus, a spokesman for Baldwin’s campaign, said this declared spending represents only a fraction of the total. The campaign, using ad buy information, has estimated that Americans for Prosperity, a national conservative group co-founded by oil billionaires David and Charles Koch, has spent $937,000 attacking Baldwin, and that another national conservative group, Crossroads GPS, has devoted about $500,000 to the same purpose.

In all, the campaign tallies about $4.6 million in outside expenditures against Baldwin, mostly on attack ads.

The Thompson campaign did not return calls seeking comment.

Of more than 300 independent expenditures logged by the FEC, only one has been made in support of Thompson. That was a $648,600 ad buy in August by the American Chemistry Council, an industry trade group. Thompson is the only federal candidate it has supported with an independent expenditure during the current election cycle, although its affiliated PAC has parted with about $300,000, to others besides Thompson.

Council spokesman Ryan Baldwin explains the outlay by calling Thompson “a proven leader on issues that will stimulate our economy and get people in Wisconsin and across the country back to work.” The money went for a recent positive television ad, a rarity in the race.

2 thoughts on “Outside groups heat up Senate race”