The office of Attorney General J.B. Van Hollen has revised its comprehensive Public Records Compliance Outline to reflect recent court rulings that have clarified previously murky areas of the law.

“Oversight of and openness in government are fundamental to our democracy,” Attorney General Van Hollen said in announcing the updated guide. “Knowing Wisconsin’s Public Records and Open Meetings laws helps to prevent violations and ensure our government is functioning as it was designed.”

The new guide, available at
http://www.doj.state.wi.us/dls/OMPR/2012OMCG-PRO/2012_Pub_Rec_Outline.pdf, instructs records custodians that they may not charge for the time they spend reviewing records and redacting information. It also presents new language regarding the scope of records produced or collected by contractors hired by public authorities. 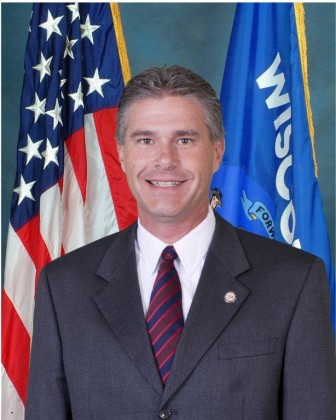 Attorney General J.B. Van Hollen: “Oversight of and openness in government are fundamental to our democracy."

Both changes respond to recent court decisions. In Milwaukee Journal Sentinel v. City of Milwaukee, the Wisconsin Supreme Court ruled in June that the records statute did not allow custodians to charge for costs beyond those specified in the statute, for locating, reproducing and sending records.

The newly revised compliance guide states: “An authority may not charge a requester for the costs of deleting, or ‘redacting,’ nondisclosable information included in responsive records.”

Ironically, the language that prompted custodians to begin charging additional fees for this task came from a previous Supreme Court decision. In a 2002 case known as Osborn v. Board of Regents, the court noted that a custodian was “not required, by itself, to bear the cost of producing documents.” This was seized on to justify charging often hefty sums for the time spent deciding what information could legally be withheld.

The AG’s office advised against such an expansive interpretation, including in a column written by Van Hollen in March. “Although I recognize the cost and burdens of public records compliance, charging for redactions costs should not be allowed absent clear and specific direction from the Legislature,” Van Hollen wrote. His office even filed a friend of the court brief supporting the Journal Sentinel’s position.

Among those who continued to charge for redaction costs, contrary to Van Hollen’s advice, was the office of Wisconsin Gov. Scott Walker, who like Van Hollen is a Republican. Walker asserted the right to “charge the actual, necessary and direct cost of removing confidential information” from his office’s official records policy. That language has been removed from the policy, following the Supreme Court’s recent ruling.

The AG office’s public records compliance guide was last updated in August 2010. At 57 pages, not including appendices, the new guide is four pages longer and includes hyperlinks to referenced cases. The office also offers a compliance guide for the state’s Open Meetings Law, last revised in 2010. Dana Brueck, a spokeswoman for the office, says there are no immediate plans to update the meetings guide, given that “there haven’t been any significant changes in the law.”

Besides the redaction fee issue, the new records guide adds language regarding the responsibility of custodians to provide records produced by contractors hired to perform government functions. It cites a 2011 appellate court decision, Juneau Co. Star-Times v. Juneau Co., which stated that custodians must disclose any record “collected under a contract entered into by the authority with a person other than an authority to the same extent as if the record were maintained by the authority.”

Interestingly, that decision is now under review by the Wisconsin Supreme Court. At issue is the language in the statute, at 19.36(3), regarding “any record produced or collected under a contract.” The dispute is over whether this should include records produced by a subcontractor — in this case, a law firm hired by an insurance company that represents Juneau County.

In oral arguments held Sept. 5, Bryan Kleinmaier, the county’s attorney, argued that only contractors’ records “generated under a contract to which the county is a party” are subject to disclosure. But attorney Christa Westerberg, representing the Juneau County Star-Times, said the records were subject to release because they were collected by the insurer, as part of its representation of the county.

(Westerberg serves as pro bono legal counsel to the Wisconsin Center for Investigative Journalism and is vice president of the Wisconsin Freedom of Information Council, which filed an amicus brief in the case, along with the Wisconsin Newspaper Association and Wisconsin Broadcasters Association.)

The meaning of this language, and its application to the case under review, was also in dispute.