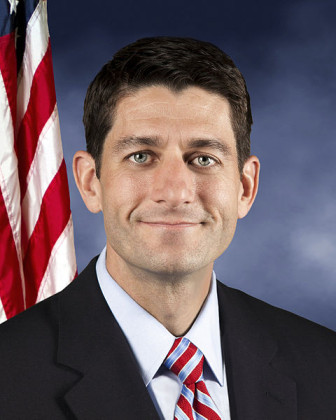 Rep. Paul Ryan, Mitt Romney’s pick for vice president, may be the face of the Tea Party favorite caucus in Congress. But big business interests have also contributed mightily to the budget chairman’s campaign, according to analyses from the nonpartisan political money trackers at MapLight.

Wall Street, insurance, health care and pharmaceutical interests contributed the most to the Janesville Republican’s campaign from July 1, 2009, through June 30, 2011. Those corporate interests accounted for about $817,000 of the $3.2 million Ryan raised during this two-year period.

Like many legislators, Paul Ryan — a career politician who is chairman of the House budget committee and also sits on Ways and Means — raises plenty of money from the District of Columbia.

In MapLight’s most recent analysis, of data from 2005 to 2007, 65 percent of his contributions came from outside Wisconsin and 83 percent from outside his southeastern Wisconsin district. Donations from Washington and Virginia together accounted for more than those from Wisconsin.

Readers can explore the data at Maplight.org’s Paul Ryan page. The publicly available data is compiled by the nonpartisan Center for Responsive Politics.

Members of Congress are not required to precisely disclose their personal wealth, other than to identify individual assets within set ranges. Ryan’s most recent disclosure, filed in May, puts him toward the high end of Wisconsin’s congressional delegation.

According to this filing, Ryan has assets worth more than $2 million but less than $10 million. Much of his money is salted away in money markets, mutual funds and individual stock holdings. He has substantial investments in mining companies and Home Depot. He also reports having between $100,000 and $250,000 set aside in Edvest, a college savings plan.