Ed Flynn, Milwaukee’s chief of police, had his suspicions about the role of the National Rifle Association in crafting Wisconsin’s concealed carry bill, enacted last year.

“It felt like an NRA bill. It looked like NRA bill,” Flynn says. “But it wasn’t until we tried to gin up bipartisan support for some common sense modifications that we realized it was in fact an NRA bill.”

Flynn’s moment of truth came when he contacted the office of a state senator — he won’t say who — and asked for changes to block habitual criminals, not just those with felony convictions, from getting permits. A key staffer gave him contact info for a national NRA lobbyist.

What the aide conveyed, Flynn says, was, “This is out of our hands. If you’re going to change this, we need to get permission.” From the NRA.

Flynn stresses that he supports gun ownership and even concealed carry, which was in place in other states he’s worked, albeit with stricter standards. He just wants to deny permits to people convicted of illegal firearms possession or who qualify as repeat offenders (three or more misdemeanors over the prior five years) under an existing state statute.

So he called the NRA lobbyist, Brent Gardner, and made his best case.

“I said, ‘Listen, I don’t care about the guy wearing a flannel shirt out in the ‘burbs driving around in his pickup truck,” Flynn recalls. “I care about career criminals carrying guns to shoot each other. I need help with that.”

Gardner, according to Flynn, politely explained the NRA’s view that only convicted felons should be denied permits and that illegal possession of firearms should not in itself be a felony. “He said no, and it went nowhere.” (Gardner did not respond to messages left at the NRA’s headquarters in Fairfax, Va.)

Wisconsin now has one of the nation’s most liberal concealed carry laws, which the NRA helped write. Since Jan. 1, 2011, the group has reported spending $108,083 on 678 hours of lobbying by Gardner and others in Wisconsin, while its political action committee invested more than $250,000 on state elections, including a $10,000 contribution to Gov. Scott Walker.

Another group, Wisconsin Gun Owners Inc., spent$164,558 on 1,055 hours of lobbying over this same period, which saw the passage of concealed carry and a state law expanding the right to use lethal force. 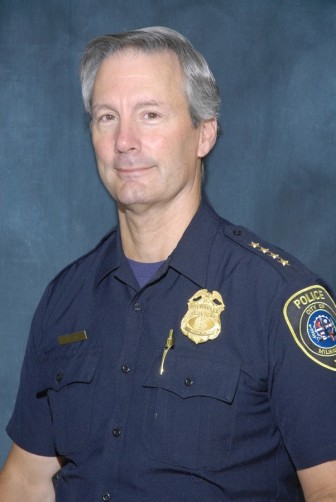 Flynn says the gun lobby wields “an unconscionable amount of power” over the political process. While he’s managed to persuade some of “my friends who tilt toward the left” that gun ownership be protected, including the right to carry concealed weapons, he sees no such movement from “my friends on the other side of the aisle.”

For them, “it’s a litmus test issue. It’s dogmatism. It’s liturgy. And no compromise is possible because the liturgy is dictated by the NRA, which, according to the polls I see doesn’t even speak for most legal gun owners.”

Wisconsin’s concealed carry law, Flynn contends, was “carefully written to prevent the police” from tracking whether concealed carry is contributing to a spike in crime. It forbids the public release of data on any permit holder “except in the context of a prosecution for an offense” where this is relevant.

That means the state Justice Department, which issues these permits, cannot legally disclose whether Wade Michael Page, the white supremacist who allegedly murdered six people Sunday in Oak Creek, was licensed to carry. Page’s prior convictions for impaired driving and criminal mischief, both misdemeanors, would not have disqualified him, even under the stricter standards urged by Flynn.

Flynn, surveying this terrain, plans to keep fighting for changes in the law, but without optimism. Asked about the recent shootings in Colorado and Wisconsin, he says, “I can’t conceive of a mass-casualty incident horrifying enough to give courage to state and federal lawmakers to enact common sense reforms. I think the fear is that great.”

Bill Lueders is the Money and Politics Project director at the Wisconsin Center for Investigative Journalism (www.WisconsinWatch.org). The project, a partnership of the Center and MapLight, is supported by the Open Society Institute. The nonprofit Wisconsin Center for Investigative Journalism (www.WisconsinWatch.org) collaborates with Wisconsin Public Radio, Wisconsin Public Television, other news media and the UW-Madison School of Journalism and Mass Communication. All works created, published, posted or disseminated by the Center do not necessarily reflect the views or opinions of UW-Madison or any of its affiliates.