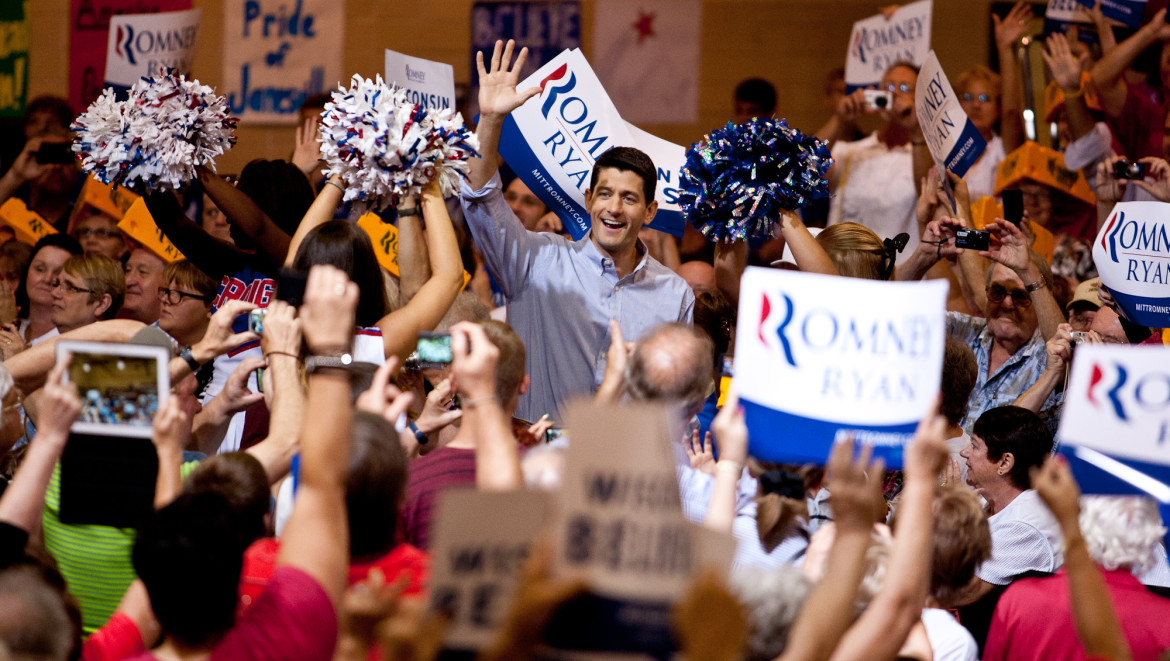 U.S. Rep. Paul Ryan is far to the right in his views — but far from alone. 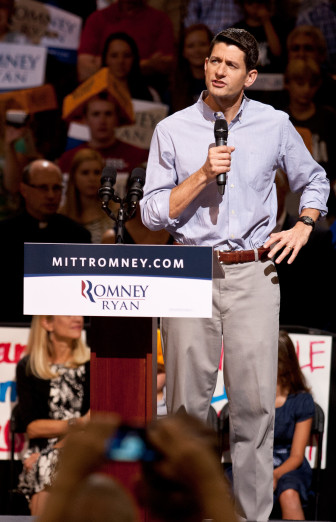 “With energy and vision, Paul Ryan has become an intellectual leader of the Republican Party,” presidential nominee Mitt Romney said in his speech introducing Ryan as his running mate.

The seven-term congressman from Janesville has been pegged as a radical conservative, given his stance against abortion even for victims of incest and his push to rein in entitlement programs such as food stamps and Medicare. “He is an absolute extremist,” fellow congressman Barney Frank, D-Mass., has said.

But because congressional Republicans appear to have shifted further right in the past decade, Ryan’s staunch conservative views now fall more into the mainstream.

“He’s not even the most conservative in the Wisconsin delegation,” said Ken Mayer, a professor of political science at the University of Wisconsin-Madison. “That would be (Rep. James) Sensenbrenner.”

Mayer also cautioned that “extreme” is a politically charged term, used by both sides to define their opponents’ views in a way that repels the people in the middle.

Paul Ryan: love him or hate him

Groups that give Ryan high marks: 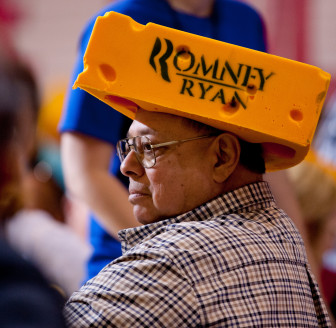 This story on television

The Center produced this report in collaboration with reporters at News 3 HD, WISC-TV, as part of “Paul Ryan’s Rise,” an hour-long special that aired on Wednesday, August 29, 2012. View it online here.

Like many members of Congress, Ryan tends to get lopsided report cards from interest groups.

For the most recent reporting periods, Ryan drew a rating of 0 percent from NARAL Pro-Choice America, the American Civil Liberties Union and Human Rights Campaign, a gay-rights group; and 3 percent from the National League of Conservation Voters. He got an “F” from the National Education Association, a union representing teachers.

But Ryan’s voting record is rated 100 percent by the U.S. Chamber of Commerce, the Christian Coalition, and National Right to Life. He also got a 100 percent rating from the CATO Institute for his votes against trade barriers, and an A grade from the National Rifle Association.

“There’s no question that future Vice President Ryan is a stalwart defender of the Second Amendment,” said Jeff Nass, president of Wi-FORCE, an NRA-chartered state association. “He has been A-rated since he’s been elected (in 1998).”

It is not surprising to see lawmakers getting overwhelmingly lopsided scores, according to Barry Burden, a professor of political science at UW-Madison. Interest groups are often politically polarized and their goal in doing these rankings is “to identify their friends and enemies on the Hill.”

Burden said people in leadership positions — Ryan is the chairman of the budget committee — may get more extreme scores because they tend to be more ideologically consistent. That’s one reason they move up the ranks: “They’re trustworthy in the eyes of the leadership.” 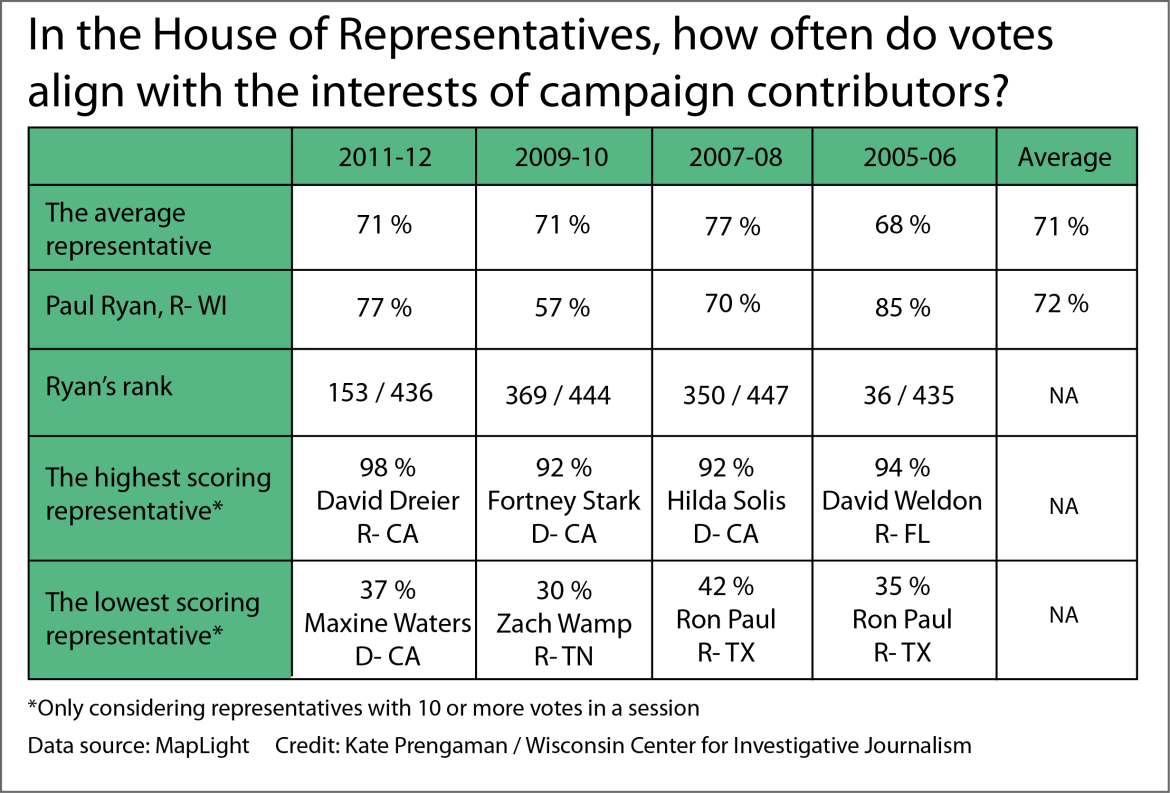 This chart shows how often Ryan has voted on bills consistent with the interest of the majority of of his campaign donors, compared to the House of Representatives average. Click to enlarge.

Ryan, the budget chairman with a Medicare plan, has received the most campaign support from the finance, health care and insurance industries, according to an analysis by MapLight, a California-based nonpartisan tracker of political money. The Romney-Ryan campaign did not respond to interview requests for this story.

Many of those donors appear to be getting a good return on their investment in him. Over the past four legislative sessions, going back to 2005-06, Ryan has voted the way the majority of his donors wanted an average of 72 percent of the time.

“Politicians always insist that campaign contributions have nothing to do with their votes. Any connection is a coincidence,” said Mike McCabe, executive director of the Wisconsin Democracy Campaign, a nonpartisan watchdog. “What we’ve seen is a remarkable pattern of ‘coincidences.’ ”

The interest group determination for donations is established by the nonpartisan Center for Responsive Politics using contributions from political action committees, as well as the employment and past contribution history of individuals, to assume alignment to particular interest groups.

Ryan’s scores are in line with his peers in Congress, of both parties. Collectively, representatives voted with the majority of their campaign donations an average of 71 percent of the time dating back to 2005-06.

“Everybody, and I mean everybody in Congress votes in ways that are consistent with the people who give them money,” Mayer said. 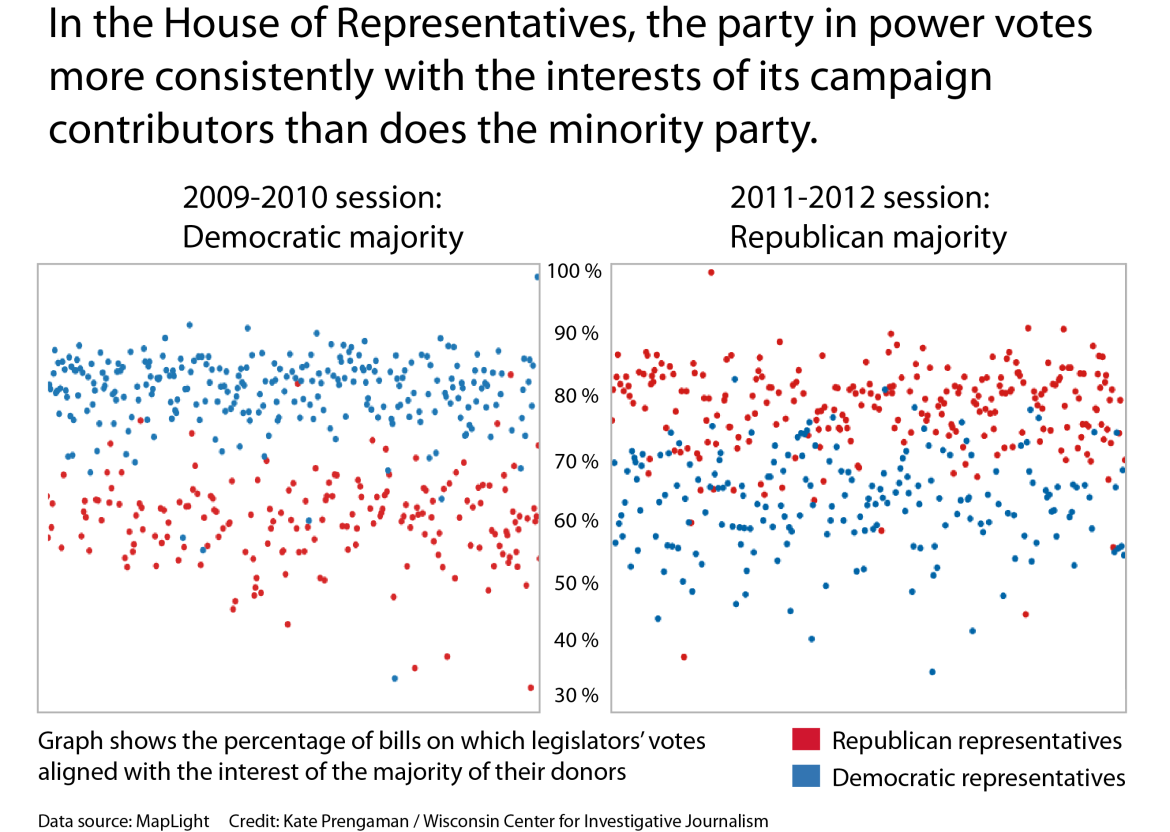 But not everyone votes with their donors to the same degree. Former presidential candidate Rep. Ron Paul, R-Texas, stood out: He voted with the majority of his financial supporters less than half the time — an average of just 39 percent during the four sessions under review. 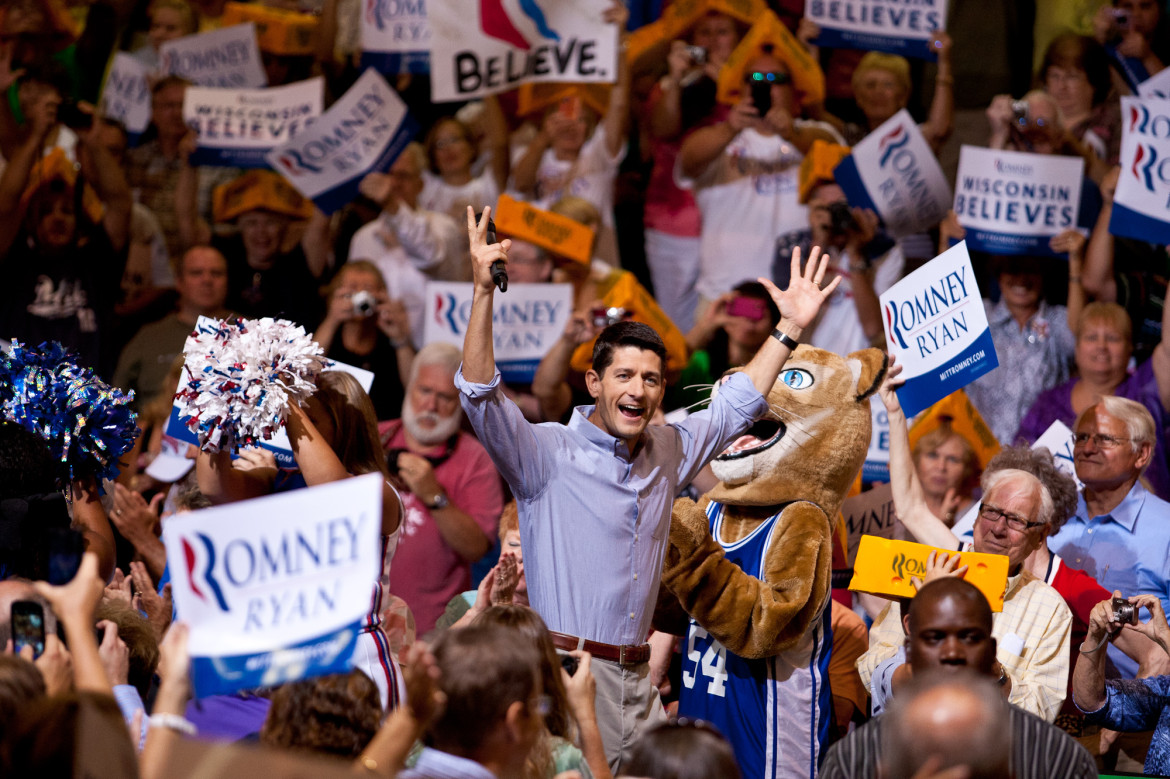