The Wisconsin Realtors Association funneled more than $1 million to a conservative group engaged in political advocacy, against the wishes of some members whose dues funded this contribution.

Newly filed federal tax forms show that the Wisconsin Homeowners Alliance, a WRA offshoot billed as “a nonpartisan, nonprofit advocacy organization devoted to representing homeowners and property owners,” gave $1,059,367 to Wisconsin Club for Growth in the fiscal year between Oct. 1, 2010, and Sept. 30, 2011. This accounted for most of the Alliance’s expenditures that year.

Mike Theo, WRA’s president and CEO, defended this spending as “consistent with the purpose and mission of the organization.” Messages left with Wisconsin Club for Growth, whose listed address is a mailbox at a UPS store in Sun Prairie, were not promptly returned.

Some WRA members bristled last year when it was revealed that the Alliance had given $260,000 to advocacy groups, including $100,000 to Wisconsin Club for Growth. The latest report represents a dramatic increase in this support. 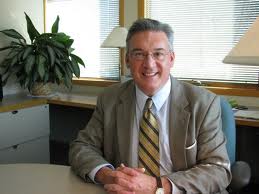 The state group has run issue ads intended to benefit Republican candidates for state office, often by attacking their opponents. Issue ads are unregulated in Wisconsin, meaning there is no mandatory disclosure of funding sources or expenditures.

McCabe’s group has estimated, based on records of media ad buys, that Wisconsin Club for Growth spent $9 million in 2011 during the nine state Senate recall elections, all in support of GOP candidates. The group spent just $100,000 during the effort to recall Republican Gov. Scott Walker. McCabe said it’s not usual for different advocacy groups to take the lead in different elections.

McCabe said his group has never been able to identify where Wisconsin Club for Growth gets its money, but “we presume it’s big business interests.”

“Focused only on issues”

The WRA is a trade group representing more than 13,000 state real-estate professionals. The Homeowners Alliance is funded with mandatory dues by WRA members, which were increased last year from $40 to $70.

On its website, the Alliance says it’s “focused only on ISSUES — NOT on candidates or political campaigns. The Alliance won’t engage in partisan elections.”

Theo, in an email, denied that giving money to Wisconsin Club for Growth violates this pledge, saying issue advocacy communications “do not advocate for the election or defeat of a candidate” and are instead “focused on public policy and are part of an effort to educate the general public in a timely manner on important issues.”

Last year, besides the $1 million it gave Wisconsin Club for Growth, the Alliance reported spending $149,000 on lobbying and gave $25,000 to the Greater Wisconsin Committee, an advocacy group aligned with Democratic candidates.

These expenditures dwarf WRA’s outlays through its political action committee, RPAC – Wisconsin. Since Jan. 1, 2011, RPAC has given just $114,759 to political candidates and parties, both Democrat and Republican. A good share of this amount — $49,650 — went to Walker.

Member contributions to RPAC, at a recommended level of $35 a year, are voluntary; dues collected for the Alliance are not.

That’s a sore spot for WRA members who disagree with the group’s political agenda but say they can’t resign because they rely on the professional services it provides, including access to its Multiple Listing Service, a critical industry tool.

Realtor Darcy Haber feels "totally violated" to have her dues go to advocacy groups she opposes.

“I feel totally violated in that I was forced to pay these dues,” said Darcy Haber, a Madison Realtor. “This is exactly what we feared — that WRA was turning into a front group to support Walker’s policies.” She believes these policies are “hurting the quality of life in Wisconsin” and hence are contrary to WRA members’ best interests.

Theo said there “may be a few members who disagree” with the Alliance’s spending, adding that they are “entitled to their own opinion.” But he noted that the group’s members and board “have driven all of these decisions,” including the use of WRA dues to fund the Alliance.

Half a million added to pot

The Alliance’s most recent tax filings, dated Aug. 13, were provided to the Wisconsin Center for Investigative Journalism upon request, as federal law requires. The reports were originally due March 15, but the group obtained two extensions.

The Alliance filing lists $1.1 million in total revenue for the latest reporting period. This includes $560,000 in dues from WRA members, about the same as for the year before, $350,000 in revenue from “Related organizations” and another $150,000 from other sources.

Theo declined to provide additional disclosure, but noted that the group’s filing lists just one “related organization”: the WRA.

Last year’s $30 increase in dues from WRA members to the Alliance should have generated an additional $400,000 in revenue. Theo declined to say how the group is spending its money in the current fiscal year, which ends Sept. 30. That will be disclosed in the next mandatory tax filing, sometime next year.