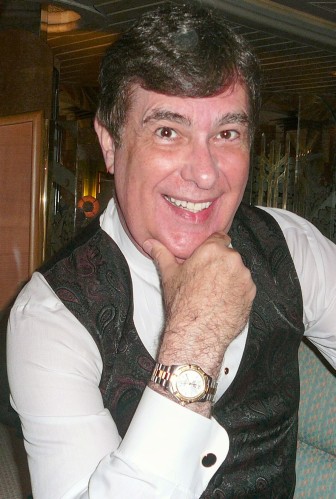 Tom DeWeese urges citizens to fight Agenda 21 "at every level of government.” Photo courtesy of the American Policy Center.

Several national groups lead the fight against Agenda 21, including the California-based group Freedom Advocates, which in a website Q & A leaves little doubt as to how vast it sees the reach of this United Nations agreement.

Question: “My place of worship often speaks of ‘interfaith’ programs. Does this mean Sustainable Development, Agenda 21?”

Answer: “Yes, Sustainable Development, Agenda 21 commands a one world religion based on ‘Gaia’ (earth worship) through the values of the Earth Charter.”

One national guru of the movement is Tom DeWeese, president of the American Policy Center in Warrenton,Va. The self-described “businessman, grassroots activist, writer and publisher” has been fighting against Agenda 21 for two decades.

DeWeese acknowledges in his writings that the U.N. pact at first blush appears to be “a harmless, non-controversial document” that suggests voluntary ways to preserve natural resources and protect the environment. But deeper study, he said, reveals the agreement’s true purpose — to control private property and personal behavior.

“It means,” he explained in one fundraising appeal, “government will control how hot your shower may be, how much air conditioning or heat you may use, controls on owning and using your car, controls on food production, controls on population growth, and so much more.”

In March, the Rock River Patriots hosted DeWeese for a talk in Oconomowoc and an appearance in Madison, among other Wisconsin appearances. In a DVD distributed by the group, DeWeese urges citizens to take the battle to the doorstep of public bodies: “If America is to survive, you and I must stop sustainable development and Agenda 21 now, at every level of government.”

Federal tax filings show the American Policy Center raised $900,000 in 2010, almost all from unspecified contributions and grants. DeWeese said in an email the group has no membership dues and is funded entirely by voluntary contributions. “We receive no grants from corporations or government sources. On occasion, we receive a small donation from private foundations — never more than $1,000.”