John Franz is mad as hell and he’s not going to take this anymore.

“It’s not like I enjoy some of the ads, and hate others — I hate them all,” the Madison resident says of the explosion of political commercials in advance of Wisconsin’s June 5 recall election. “It’s visceral.  If one comes on I grab the remote to turn off the TV, or at least the channel.”

Some might say that really doesn’t matter, since Franz already knows how he intends to vote. They say the real target of these appeals — and political mailings, emails and robo-calls — is the vanishingly small segment of the population that has yet to decide whether it stands with Republican Gov. Scott Walker or backs Democratic challenger Tom Barrett.

“Political ads are intended to reach those folks in the middle,” says Erika Franklin Fowler, an assistant professor of government at Wesleyan University who directs the Wesleyan Media Project. Campaigns discount both political sophisticates with stable opinions as well as those “who pay no attention because they don’t vote.” Instead, they set their sights on “the busy citizens who pay modest attention to politics” and are susceptible to being swayed.

In other words, the undecided voters.

A recent Marquette Law School poll found that only 3 percent of likely voters in the governor’s recall race are undecided. Marquette poll director Charles Franklin has predicted that turnout could top 2.5 million.

That would mean all of the spending on this race by candidates and outside interests, which some predict could reach $80 million, is geared toward just 75,000 people, which comes to more than $1,000 per undecided vote.

“That’s kind of crazy,” Fowler says with a laugh, upon hearing this number. But she doesn’t dispute it. “The campaigns don’t care about efficiency,” she says. “It’s about winning. They will spend what it takes to get those last few percentage points.”

Fowler’s analysis is a bit like the old quip that since every Major League Baseball team usually wins at least a third of its games and loses another third, the 162-game season is really about the remaining 54 games. But this doesn’t take into account the skill and effort that go into playing each and every game.

Same for an election, says Jay Heck, executive director of Common Cause in Wisconsin, a nonpartisan watchdog. The ubiquitous ads are not aimed at 3 percent of their audience; they’re headed deep into the brains of anyone who doesn’t jab at the remote to make them stop. (And even that could have an impact — carpal tunnel syndrome?)

“Commercials plant something in your mind that you might not have thought of,” Heck says. “You don’t see them once or twice. You see them 20 times. They’re subliminal. They create a picture in your mind and may alter your behavior.” 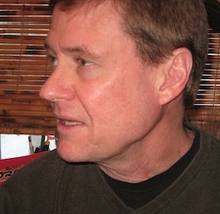 Heck believes the messages that money buys change how voters act, no matter how much they think themselves immune.

Maybe that’s why Heck, through his group, is so passionately committed to curbing the role of money in politics. He believes the messages that money buys change how voters act, no matter how much they think themselves immune.

“Everybody complains about political commercials and nobody likes them,” Heck says. “And yet they are a source of information for a great number of people, including people who hate them.”

Seeing enough negative ads, Heck says, could make lukewarm supporters stay home on election day and ardent fans be less likely to “call their mother or brother or neighbor” to toot a candidate’s horn. Campaigns bombard voters with messages “to gin up their base and demoralize the opposition.”

So that’s what’s behind this onslaught of messages. They’re meant to mess with our minds and manipulate our actions.

One thought on “The purpose of all those commercials …”