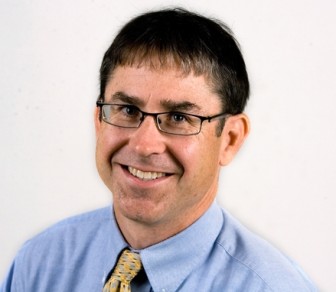 Wherever they may be on the political spectrum, most Wisconsinites would likely agree that the last year has been a lively one for open government issues in our state. Access issues — including Capitol access, records requests to university professors, arrests of photojournalists, and secret redistricting, to name a few — have regularly made the headlines.

Wisconsin’s status as an open government hot spot is reflected in the National Freedom of Information Coalition’s decision to host its annual conference here this month. The 2012 FOI Summit, also held in collaboration with the Society of Professional Journalists, will be held at the Madison Concourse Hotel and Governor’s Club in downtown Madison on May 11 and 12.

The summit is co-hosted by the Wisconsin Freedom of Information Council, a longtime member of the national group. It will focus on federal and state transparency laws, giving attendees from across the country a chance to share stories and successes, and discuss ways to combat secrecy going forward.

There is good reason for combating secrecy. As Wisconsin’s own open records and meetings laws recognize, an informed electorate is essential to democracy. If citizens are ignorant of the actions of their government — due either to apathy or the calculated efforts of government officials to hide their activities — they cannot make informed choices.

This year’s keynote speaker is Gene Policinski, executive director and senior vice president of the First Amendment Center at Vanderbilt University. Among the founding editors of USA Today, Policinski has had a distinguished career in print and broadcast journalism. He currently co-authors a weekly syndicated newspaper column, “Inside the First Amendment,” serves on several boards, is a member of the American Society of News Editors, and is a national trustee of the National Academy of Television Arts and Sciences.

The summit will also feature panels on high-profile access issues, such as campaign finance transparency in the wake of the U.S. Supreme Court’s Citizens United decision, access to daily schedules of state governors, issues arising out of using digital photos and videos to monitor government officials and officers, and strategies for fighting efforts to erode FOI laws.

Panelists for the event include Lucy Dalglish of the Reporters Committee for Freedom of the Press, Mark Horvit of Investigative Reporters and Editors, Amy Bennett of OpenTheGovernment.org, Gina Barton of the Milwaukee Journal Sentinel, Professor Ciara Torres-Spelliscy of Stetson University School of Law, and Andy Hall of the Wisconsin Center for Investigative Journalism.

The Wisconsin Freedom of Information Council is a statewide nonprofit and nonpartisan group devoted to protecting public access to meetings and records. Founded in 1978, the WFOIC tracks legal and legislative developments that affect these areas, and works to educate the public on the importance of open government.

Registration for the FOI Summit is, naturally, open to all. Registration fees are a maximum of $95, less for students or those not seeking individual NFOIC membership. You can find out more about the conference at http://www.nfoic.org/2012-foi-summit, and register online.

One thought on “National access advocates coming to Madison”