Wow. That was fast.

The email from Tom Barrett went out at 10:05 p.m. on Tuesday, May 8, about an hour after he was declared the winner of the Democratic primary in the recall election for governor. The email said a number of things but asked for only one: cash.

“Can I count on you to make a $12 donation right now so we can defeat Scott Walker on June 5?” Barrett asks, linking to an online contribution page.

The significance of the $12 amount is not explained, and email queries to the campaign yielded no response. It’s likely Barrett would accept any legal donation; he’s since made appeals seeking other sums. In the time that remains before the June 5 election, he has some catching up to do.

Between March 20 of this year, just before launching his campaign, and May 7, the eve of the primary, Barrett raised $1.1 million, including reported late contributions, state Government Accountability Board records show. About $60,000 came from political action committees, particularly the International Brotherhood of Electrical Workers and the Wisconsin Professional Police Association. The rest — a cool $1 million — was from individuals. 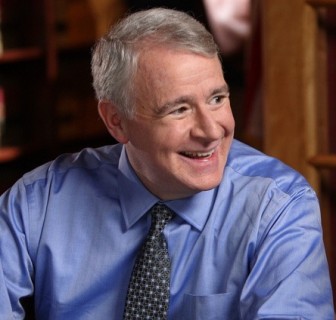 That’s not a lot of money, compared to the more than $25 million Walker has taken in (and mostly spent) since becoming governor. And while Barrett’s fundraising will surely spike now that he’s secured the nomination, it’s instructive to examine how he’s done so far, compared to his opponent.

During this seven-week period, Barrett garnered more than 6,200 individual contributions, compared to Walker’s 46,500. Walker had 58 donations of $10,000 or more, including 23 above the usual $10,000 limit, which under state law is suspended for officials facing recall. Barrett had 14 donors who maxed out at $10,000.

In fact, Walker’s top five donors gave more than all of Barrett’s 6,200. This includes $500,000 from Diane Hendricks, a Beloit businesswoman whom Walker in January 2011 told of his plan to “use divide and conquer” toward public employee unions.

Barrett’s receipts include just about $130,000 from people in other states, 13 percent of his total. Walker, in this seven-week period, took in $4.1 million from out-of-state donors, which was 64 percent of the $6.4 million he received in individual donations.

Attorneys are a big part of Barrett’s funding base, donating $222,000 through May 7, nearly a quarter of his take from individuals. Walker during this time secured about $80,000 from people listed as belonging to the legal profession, less than 1 percent of his total.

State campaign finance law requires campaigns to include the occupation and employer of any donor who gives more than $100. Walker has about 1,000 donors in this category during this period (and 3,000 going back to January 2011) for whom this information was not provided. Barrett had one.

The law says campaign committees must make “a make a good faith effort to obtain all required information,” and GAB spokesman Reid Magney says campaign committees are asked to do so. But the board’s executive director, in fielding a query about the failure to include this information, recently advised, “It would be unlikely that the board could successfully obtain a forfeiture if a committee was, in fact, making good faith efforts to obtain information.”

Finally, there’s the candidates’ own giving: Since mid-2008, Barrett has made nine contributions totaling $855, the largest being a $160 check to the Democratic Party of Columbia County. Walker has given $243 in seven contributions, topped by $50 each to a Milwaukee judicial candidate and the Sawyer County Republican Party.