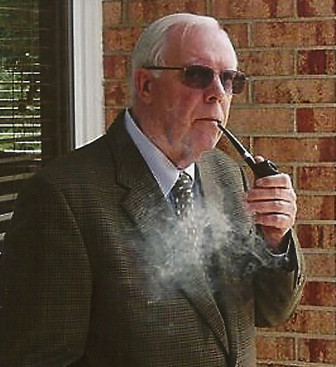 Dick Wheeler, the late founder of the Wheeler Report, has been named the 2012 recipient of the Distinguished WisconsinWatch.orgdog Award.

For decades, a one-man toll booth operated at either the Martin Luther King Boulevard or West Washington Avenue entrances to Wisconsin’s Capitol.

“Hey, what do you know?” Dick Wheeler, the dean of the Capitol press corps, would ask anyone entering or leaving.

Wheeler, left hand holding his pipe, asked the question to the powerful and powerless — governors, legislators, cabinet secretaries, lobbyists, aides, messengers, janitors. He was there when he arrived for work, between 5:30 and 6 a.m., and at times throughout the day.

Having started his career as a reporter in Ohio in the mid-1960s, Wheeler never forgot this advice: Often, the people without fancy titles know the most.

“Hey, what do you know?” was not just a polite, innocent question. It was a stand-and-deliver command from the man who created and ran the Wheeler Report, the most complete daily record of Assembly and Senate actions, committee votes, court decisions, press releases, appointments, bill introductions and daily calendars.

The Capitol runs on information, and Wheeler’s question was the toll he extracted. People always told Wheeler what they knew, and usually learned something new in return.

Dick Wheeler died of a heart attack Nov. 11, as he was preparing for work. On April 25 he will be honored posthumously in Madison with the Distinguished WisconsinWatch.orgdog Award, presented by the Wisconsin Freedom of Information Council, the Wisconsin Center for Investigative Journalism and the Madison professional chapter of the Society of Professional Journalists. (The event is open to the public: wisconsinwatchdog.eventbrite.com.)

As someone who worked with – and admired – Wheeler for many years, I can say this: Nobody deserves the Distinguished WisconsinWatch.orgdog award more.

Wheeler’s career was dedicated, first and foremost, to the Public’s Right to Know. There was no bigger champion for the Open Meetings and Open Records laws than he.

If an official action was taken in state government by an entity created by the peoples’ representatives on behalf of the people, Wheeler was a watchdog with a sharp bite: “I don’t care what you think. The law says it’s a public record. How soon can I get that information?”

Risser should know. In 1998, Risser wanted Senate Democrats to use Capitol Room 235 Southwest for their closed-door strategy sessions. But Wheeler and his fellow reporters wanted the room to again be the centrally located Press Room. Wheeler’s appeal to the right power broker, a deputy to then-Gov. Tommy Thompson, resulted in formal state budget language to accomplish just that.

Minutes later, after checking with lawyers and confirming that Wheeler was right, the aide retracted the Capitol-to-close statement.

I sat next to Wheeler in the Capitol press room – now the Dick Wheeler Capitol Press Room – for 11 years, and then sat near him for another two years. We were friends, but also professional rivals who separately pursued Capitol news. He always knew more than I did.

When I became a producer for WisconsinEye in 2009, Wheeler would often call something to my attention that he thought might make a show for Wisconsin’s version of C-SPAN. It was always something new and interesting.

On Nov. 11, 2011, the Capitol lost a Distinguished WisconsinWatch.orgdog. And I lost a generous friend.