In late 2006, a Grant County jury ordered Daniel Virnich and Jack Moores to pay a $6.5 million judgment, the largest in Wisconsin that year. The lawsuit brought by receiver Michael Polsky had accused the two men of plundering a stereo components company, through excessive payments to themselves.

The company had gone belly up, leaving its creditors — including numerous small businesses — with major losses.

Virnich and Moores appealed, citing cases an appeals court said “offer support for the proposition that they were free to manage (the company) for their own benefit,” even if creditors were harmed. 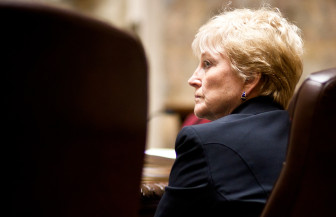 The appeals court asked the state Supreme Court to take the case, Polsky v. Virnich, saying prior case law “points to conflicting results” which the higher court needed to resolve. It predicted the case would have “statewide impact on corporations, the banks who lend to them, and others who contract with them.”

When the case came before the Supreme Court in 2009, the liberal group One Wisconsin Now delivered 2,400 signatures on petitions asking Justices Annette Ziegler and Michael Gableman to recuse. The petitions noted that Wisconsin Manufacturers & Commerce, a business lobby group which spent about $4 million helping elect these two justices, had sided with Virnich and Moores.

Ziegler and Gableman did not step aside, but Justice Patience Roggensack did, without explanation. The two men’s attorney, Donald Schott of Quarles & Brady, had represented Roggensack in a December 2008 proceeding before the state Government Accountability Board.

With Roggensack sitting out, the Supreme Court deadlocked 3-3, so the matter was returned to the appeals court. In January 2010, the appeals court overturned the jury verdict, saying it felt bound by a prior case which held that officers have no fiduciary duty to creditors so long as the corporation remains “a going concern,” as this one was.

“(W)e do not believe that the (prior) case sets forth a sensible rule,” the appeals court wrote, urging the Supreme Court to modify this rule. Otherwise, it warned, a corporation’s owners and officers can “strip many of the remaining assets of the ‘sinking ship,’ ” without regard for creditors.

So the Supreme Court took the case again. This time, Roggensack participated but fellow Justice Ziegler did not. That produced another 3-3 deadlock, preserving the appeals court ruling that left Virnich and Moores $6.5 million richer and creditors out in the cold. 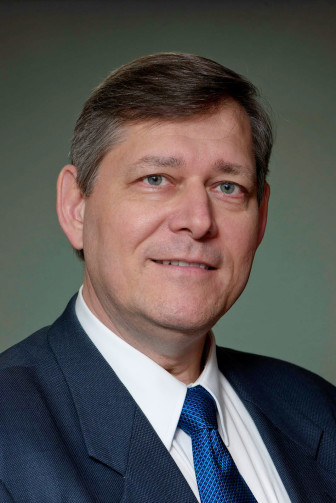 Attorney Robert Kasieta fought Justice Roggensack's decision to participate after initially stepping aside: "The whole thing seems troubling to me."

Polsky’s attorney, Robert Kasieta, said the losses included about $1 million in bank loans and $500,000 in unsecured debt to dozens of mainly small creditors, such as local hardware stores.

Roggensack and Ziegler both declined to discuss why they alternately took part in this case and declined to do so. But Ziegler conveyed through a court spokesman that “justices are not required to state reasons for recusal, and they rarely do.”

And Roggensack, whose 10-year term expires in 2013 (she has registered to run for re-election), did not respond to a letter from the Wisconsin Center for Investigative Journalism that asked whether Schott provided services for free or at a reduced rate. Schott, in an interview, said this was subject to attorney-client privilege.

“The whole thing seems troubling to me regardless of whether Justice Roggensack paid Quarles & Brady,” Kasieta said. “But it is particularly odious if Justice Roggensack received free representation and then returned to sit on a case in which she had already recused, all to save the day for the very lawyer who had given her free service.”

After the court’s fateful March 2011 decision, Kasieta, who lost a $2.1 million paycheck in the deal, filed a motion arguing that Roggensack should not have taken part, after her earlier recusal.

“Lawyers are uniquely positioned to raise issues of fundamental fairness when we see them,” Kasieta said. “If lawyers don’t raise these issues, no one will.”

In July 2011, Roggensack participated in a vote rejecting Kasieta’s motion. Kasieta asked the U.S. Supreme Court to hear the case. In January, it declined.

The Wisconsin Bankers Association sided with Polsky, saying current law gives officers and others “the green light to raid the corporate coffers before shutting the corporation down.” Michael Semmann, a spokesman for the group, said he has “no real data” as to how often this occurs.