Explore data on mental health services across the UW System

Jenny Peek and Kate Prengaman reported this story with other journalism students in a UW-Madison class taught by Professor Deborah Blum, in collaboration with the nonprofit, nonpartisan Wisconsin Center for Investigative Journalism and the Investigative Journalism Education Consortium, which includes Midwestern university journalism professors and students working on news projects in the public interest. The Consortium is supported by a grant from the Robert R. McCormick Foundation. Read the IJEC consortium stories

A decade ago, Thomas Murphy was a college dropout who used alcohol and drugs to deal with undiagnosed depression. Now he’s back at the University of Wisconsin-Madison, where he co-leads a chapter of Active Minds, a national, student-run group promoting open conversations about mental illness.

Therapy made the difference for Murphy. But he can’t receive it at school. When he re-enrolled at UW-Madison and went to the counseling center, he walked out with no appointment and a list of referrals.

“They couldn’t help me because of my extensive history,” Murphy said. “So I go out and pay on my own for the services I need.”

Murphy’s story underscores a national dilemma: a surge in students seeking intensive counseling and psychiatric care, which college mental health centers often lack resources to provide. The problem has become even more urgent in the wake of mass shootings by troubled students at Virginia Tech and Northern Illinois universities.

In Wisconsin, understaffed counseling centers are prioritizing services for those with urgent needs, expanding group therapy options to reach more students, and referring patients off campus for long-term treatment. And students like Murphy are forming campus organizations to support peers and fight the stigma of mental illness.

Last spring, 19 percent of college students surveyed by the American College Health Association said they’d been diagnosed with depression sometime in their lives, up from 12 percent a decade ago. Almost one in five students had seriously considered suicide.

These statistics aren’t all bad news, said psychologist Danielle Oakley, director of mental health services at UW-Madison, where counseling visits increased 10 percent last year alone. More people know about mental illness and are seeking help, and better psychiatric medications enable some to attend college who couldn’t have a generation ago.

But Oakley said the faltering economy is fueling worries about paying for school. Many students are stressed, overworked and sleep-deprived, which can cause mental health problems.

Though studies show people with serious mental illness usually aren’t violent, there have been tragic exceptions: In 2007 and 2008, troubled students shot themselves after killing 37 people and wounding dozens more at Virginia Tech and Northern Illinois universities.

Campuses across the country responded by revamping policies for handling disturbed students and staff. At UW campuses, threat assessment teams — whose members hail from deans’ offices, academic departments, campus police, and counseling centers — try to identify and help such people before they hurt themselves or others.

“If there is a silver lining in something like that happening, it’s put the spotlight on some needs on our campus,” said John Achter, counseling director at UW-Stout.

Still, most people with mental illness fly under the teams’ radar. And despite attempts to meet demand, Wisconsin students are being turned away — or told to wait weeks for care. 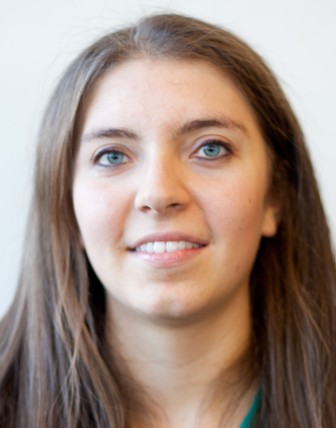 Long waits, but some improvements

UW-Madison senior Rachel Steidl was one such student. “I grew up really focused on helping other people,” she said. “When I had my own problems with depression, I didn’t feel like I had anyone to turn to. I was pretty lonely my freshman year.”

Steidl later saw a psychology intern at the campus counseling center. She learned to open up more and made friends. When she returned to the center this year, an intake provider saw her the same day to assess her needs.

“We don’t want any barriers to get to us,” Oakley said. “The day you decide that you want support, all you have to do is walk in.”

But what happened next frustrated Steidl. Because her immediate needs weren’t deemed urgent, she said, she was asked to wait three weeks for her next appointment.

At UW-Madison, crisis line staffers keep up with demand

The University of Wisconsin-Madison’s crisis line received 14 percent more calls last academic year than ever before, but data suggest staffers have kept up with demand. Last fall, the average time to answer was 19 seconds, 86 percent of calls were answered within 30 seconds, and the longest hold times were a few minutes, said Dr. Sarah Van Orman, University Health Services director.
— Amy Karon

“If my depression gets worse, it could escalate,” she said. “I want to avoid getting to the point where I have to call the crisis hot line.”

Most UW campuses use such triage systems to help students in crisis first. A UW-Eau Claire student, for example, was prescribed Paxil when she sought help for panic attacks in 2009. After she stopped eating and sleeping and went on a “financially disastrous” shopping spree, her campus counselor and psychiatrist correctly identified and treated her bipolar disorder — ending eight years of bouncing between clinicians who’d misdiagnosed her.

“They saved my life. Literally,” said the former student, who now works as a pet groomer, and asked that her name not be published. “I wasn’t able to complete a degree, but they gave me a brighter future than education.”

Such delays stem partly from inadequate staffing. A UW System audit found that five years ago, only UW-Madison met the international standard of one mental health professional for every 1,000 to 1,500 students. The auditors recommended that over the short term, UW institutions aim to employ one mental health staffer for every 2,000 students.

But as of 2011, just eight of 13 campuses had achieved that ratio, an analysis by the Wisconsin Center for Investigative Journalism showed. Of those, only two schools — UW-Stevens Point and UW-Superior— met the international standard.

The average was about one mental health provider for every 2,027 students across the 13 campuses.

To improve counselors’ availability, UW-Madison wait-lists students for earlier sessions, offers daily drop-in groups and confidential consultations in several campus locations, and has more than 25 process and support groups to help students deal with issues ranging from low self-esteem, grief and social anxiety to graduating or coming out as a sexual minority.

None of these options was right for Steidl, though. She found a therapist in private practice. 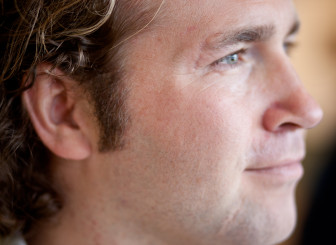 Thomas Murphy’s face still bears scars from a violent mugging three years ago in the Dominican Republic. During his treatment for a resulting brain injury, he also got the counseling he needed for depression. Photo taken Jan. 23, 2012. Lukas Keapproth/Wisconsin Center for Investigative Journalism

It took a violent mugging in the Dominican Republic in 2008 for Thomas Murphy to finally face his depression. During rehabilitation for a brain injury, he also got the counseling he’d needed.

“Freshman year I felt so alone, crying all the time,” recalled Martinco, now a junior.

Like Murphy, Martinco sought help at UW-Madison’s counseling services and left with a list of off-campus referrals. But in her case, they either weren’t a good match or didn’t take her insurance. In the end, it was her mother, not her school, who helped her find a therapist.

Most UW counseling centers limit students’ counseling sessions. UW-Madison students like Martinco, who need more than the 10 permitted each academic year, are often asked to go elsewhere from the beginning.

Oakley said that’s because making students change therapists disrupts their treatment. But a 2006 University of California-Davis study found that 42 percent of students referred off campus never connected with providers — usually because of financial concerns.

To address that problem and help prevent tragedies like those at Northern Illinois and Virginia Tech, UW System officials recommended in 2008 that campus providers follow up with high-risk students to help ensure they’re successfully referred.

Still, lack of health insurance “poses great barriers” for students referred off campus, Van Orman said. She cited campus surveys that show 6 to 8 percent of students at UW-Madison are uninsured and another 30 to 40 percent have no coverage in the Madison area.

The case manager connects these students to agencies that charge a fraction of the going rate or to the student health insurance plan. She also helps students navigate deductibles and co-pays.

Some students struggle to pay for psychiatric prescriptions. Martinco saw peers risk going off medication when short on cash. She and Murphy said they knew students who self-medicated with alcohol or illegal drugs because they couldn’t afford mental health care.

“The self-medication issue is complex,” Oakley said. “For example, students who use substances such as alcohol to treat anxiety can end up with substance abuse problems in addition to their anxiety.” 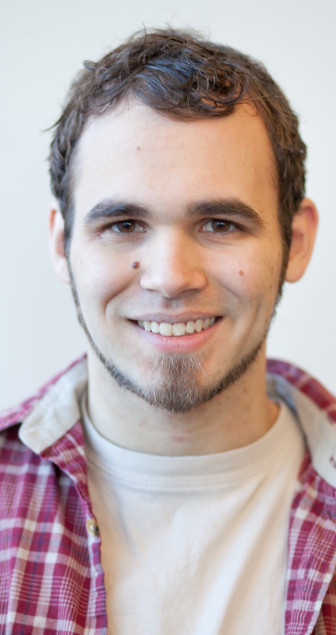 Frustrated by her experiences on campus, Steidl joined fellow student Matt Vohl two years ago in reviving the campus chapter of the National Alliance on Mental Illness.

“We saw a lack of resources available for students with mental illness or even just mental health problems,” Vohl said. “We wanted to offer an alternative.”

“The best way to reduce the stigma is by educating people,” Vohl said. “We want to let people know that (mental illness) is not this inherent condition that makes people freaks, it’s not demonizing, it shouldn’t be taboo. It’s something that can affect anyone.”

Steidl and Vohl are working with the counseling center to train students to provide confidential, face-to-face support for peers who want to talk about everyday problems.

“You can go there and know that people kind of understand you at least,” said a member with obsessive-compulsive disorder who asked not to be named for privacy reasons. “You get to know their struggles every day, whatever they are, and to be there to be support for them and other people as well.”

“I had this deeper, darker side that I never talked about,” Murphy agreed. “For me, communicating my emotions, my struggles, and my successes has been vital.”

Editor’s note: The name of the former UW-Eau Claire student quoted in this report was removed on Oct. 30, 2012, at the request of the former student.