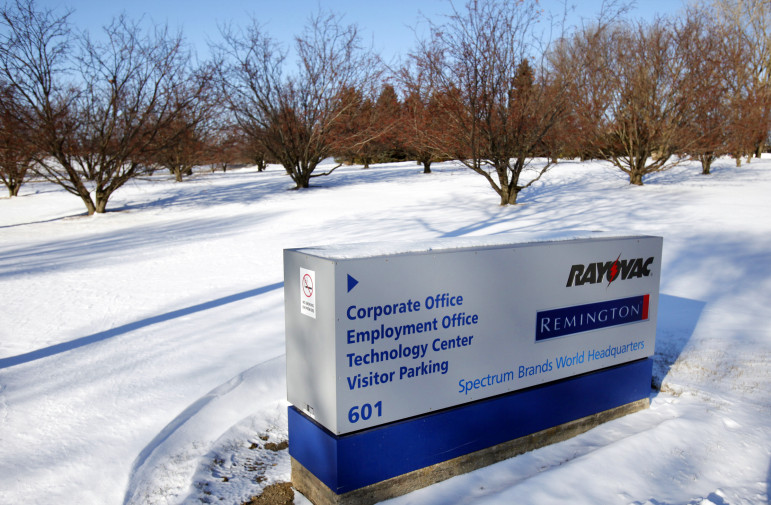 Spectrum Brands began its successful quest for a $4 million award from the state without revealing its identity or that it was already based in Wisconsin, public records show.

Initial overtures were made by Harry J. Joseph, an Atlanta-based real estate consultant. Joseph did not disclose which company he represented when he asked the state in January 2011 “what incentives might be available to our client should they decide to consolidate in Wisconsin.”

Emails obtained through an open records request by WTDY Radio in Madison and shared with the Wisconsin Center for Investigative Journalism show that Joseph suggested that the backlash over Wisconsin Gov. Scott Walker’s budget repair bill made his unidentified client reluctant to pick Madison — where it was, in fact, already located.

“I am concerned (that) the recent protests and ‘unrest’ occurring in Madison and splashed all over the national news could have a detrimental impact on my client’s interest in choosing Madison as its office consolidation location,” Joseph wrote in a Feb. 21 email. “You may recall we were evaluating Des Moines, western suburbs of Chicago, and Milwaukee as our other alternatives.”

Joseph, the president of Galaxy Partners Inc., asked how state officials could help “incent my client to look past this apparent community discord.”

Middleton move not part of deal

Last week, Spectrum announced plans to close its Madison headquarters and relocate to a new facility in nearby Middleton. The company said it had seriously considered moving its offices and Remington operations to Florida, but decided against this after the award was approved.

Paul Jadin, CEO of the Wisconsin Economic Development Corp., which awarded the $4 million incentive, said in an interview Tuesday that he first learned of Spectrum’s plan to relocate to Middleton from the company’s announcement. This move was “not a part of our dialogue.”

Joseph, in an interview, said his communications with the state were “cleared by the client,” but declined to discuss specifics, deferring to Spectrum spokesman Dave Prichard. But Joseph did say he was not a party to the company’s evaluation of a Florida move, which is why he did not name this potential site along with Des Moines and the other alternatives.

Prichard declined to comment on Joseph’s representations regarding unrest in Madison. As for Joseph’s list of site alternatives, he said, “I have no idea whether the locations he mentioned were inclusive or just examples of places we were considering.”

Joseph said his firm advises corporate clients across the nation, and that it’s common practice for initial overtures regarding site selection to be couched in confidentiality. “We didn’t want to mislead the state, nor our client, and get everybody unnecessarily excited until it became clear both parties had an interest,” he explained.

But WEDC (formerly the state Commerce Department) was apparently misled, believing the company was considering relocating, not just remaining. A Feb. 22 email between state staffers referred to “a site search to encourage the client to establish in Wisconsin.”

Jadin said the state learned the company’s identity in mid-March, when an application for assistance was submitted. He would “much prefer” that the company had made itself known from the start, but said the way it did proceed, in hiring a real-estate consultant, suggests it was serious about relocating out of state.

Spectrum Brands includes Rayovac batteries, Remington shavers, Black & Decker appliances and George Foreman grills. It  has been headquartered in Madison for all but six years since 1985. The company has battery plants in Fennimore and Portage and a returns center in DeForest. Prichard said the company has “$100 million a year of positive economic impact in the state.”

WEDC agreed to give the company $4 million in exchange for its promise to keep its 470 existing Dane County employees through Sept. 30, 2016, and invest $40 million in its Wisconsin operations by that time. If it fails to fulfill these requirements, it must pay back the $4 million with interest. Otherwise, it owes nothing beyond an $80,000 origination fee.

Spectrum has said it plans to add 60 to 70 new jobs in Wisconsin, a prospect raised by Joseph in his exchanges with Kathleen Heady, a business and industry development manager at WEDC. But the agreement itself does not require Spectrum to add jobs. “This was just a straight retention,” WEDC spokesman Tom Thieding said.

In May, Joseph forwarded two articles to Heady about other states that have given cash to major corporations to keep them in-state. One, from Crain’s Chicago Business in Illinois, was headlined, “Motorola Mobility gets $100-mil. state incentive to stay put.”

Heady and other WEDC officials met with Joseph and arranged a meeting between company officials and Walker. Spectrum is usually referred to in the correspondence by a confidential code term, Project Infrared. Representing the company was attorney Raymond Carey of Foley & Lardner.

On Aug. 25, Carey wrote Heady to raise a new issue, asking “to explore whether this could be considered a grant, rather than a loan, but still keep the basic provisions in place, including the pay-back requirements (in case the deliverables are not met).”

This drew a cool response from Brenda Hicks-Sorensen, WEDC’s vice president of economic and community development.

“I appreciate his request but I am struggling with how to make this type of investment a grant versus a loan,” she wrote in an email. “We have talked for weeks … about eliminating forgivable loans and this grant is even tougher to swallow.” Her initial reaction was to recommend keeping it a loan.

Heady subsequently asked Carey what his client thought about calling it an “award” instead. His response: “Yes, and it appears everyone was consulting the same thesaurus because they recommended using the word ‘award’ too.”

The agreement for the $4 million award was signed on Nov. 9 and announced Nov. 29.

WEDC’s Jadin said the change in terminology did not alter the terms of the agreement, adding that this was “not the first time a company has said that, as part of our internal accounting, we would prefer that you would treat this as an award and not a loan.”