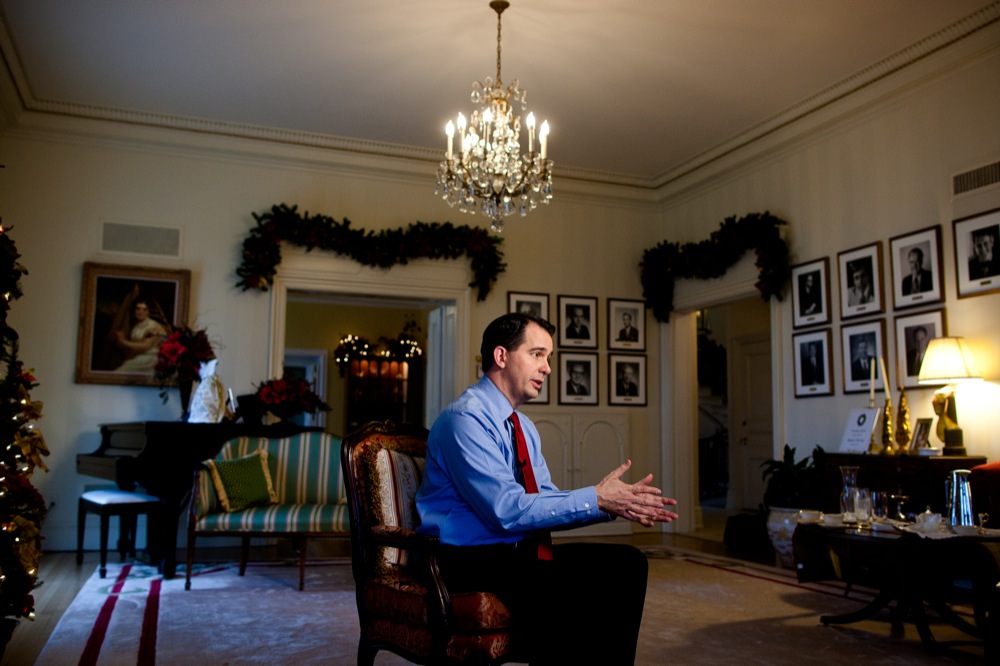 Gov. Scott Walker on why he hasn’t always compromised: “The objective if you get elected is to do the things you said you were going to do.” Lukas Keapproth/Wisconsin Center for Investigative Journalism

Part two of a three-part series


Mark Pocan has a gift for understatement. The Democratic state representative from Madison notes that most governors “take a little time to get to know the public and for the public to know them. They usually start with popular stuff.”

He pauses a second, then delivers the punch line: “This governor didn’t do that.”

Instead, the initiatives Republican Gov. Scott Walker embraced during his first weeks in office spurred historic protests in 2011 and led to an ongoing recall attempt. Even the governor acknowledges he did a poor job of selling his changes regarding collective bargaining for public employees.

“If I could do this all over again, I’d spend more time in January and February making a case,” Walker said in a Dec. 23 interview with the Wisconsin Center for Investigative Journalism.

“I just kind of came in and said, ‘Okay, here’s the problem, here’s the solution, I’ll just go fix it.’ And I didn’t spend a lot of time building up a communications effort to explain … the reasons why.”

“Obviously, he’s much more ideological than governors we’ve had in recent memory,” says Assembly Minority Leader Peter Barca, D-Kenosha, who could potentially challenge Walker in a recall election. He compares Walker with Republican Tommy Thompson and Democrat Jim Doyle, saying both were pragmatists who governed “more from the center.”

In fact, says Barca of Walker, “I can’t think of one single thing he’s compromised (with Democrats) on.”

Walker notes that things were different for Thompson, because “Democrats controlled one or both houses of the Legislature” during most of his tenure in office. But Walker has had GOP majorities in both houses. And so, while some bills passed this year had bipartisan support, “many of the things we’ve initiated or acted on weren’t things where we had to compromise.”

In Walker’s mind, what distinguishes him from other governors, of both parties, is his unwillingness to keep pushing problems off to the future. His says the main reason he’s held firm on core issues is that it was right: “The objective if you get elected is to do the things you said you were going to do for voters.”

Chris Kliesmet of Citizens for Responsible Government, which launched the recall drive that led to Walker’s election as Milwaukee County executive in 2002, tells how Walker, in his first budget, proposed to cut about $250,000 in county funding for an alternatives-to-incarceration program.

Kliesmet’s conservative-leaning group was approached by a “liberal activist” who argued that the program helped reduce recidivism and saved money in jail costs. Kliesmet, persuaded, arranged a meeting with Walker to present these numbers. Walker restored the funding. Says Kliesmet, “He’s a common-sense man.”

But he’s also had a longtime penchant for brinkmanship.

In 2009, Walker sent layoff notices to some county employees, later telling a Madison radio host, “I needed to get their attention.” In the end, layoffs were averted. 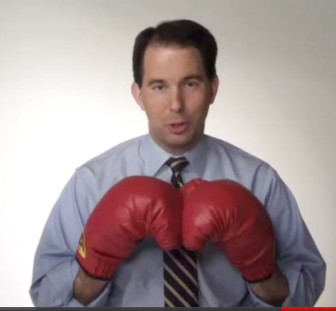 A fighter at heart? In a campaign ad from 2010, Walker put the gloves on.

“It was just jaw-dropping,” says state Sen. Chris Larson, D-Milwaukee, then a member of the Milwaukee County Board. “To say you’re going to put somebody’s livelihood at risk to score political points.”

But Walker says the county’s public employees unions left him no other choice. As he explains it, he floated other options, like an increase in pension contributions or a limited 35-hour work week.

“And in each of those cases, the unions basically said, ‘Go ahead and lay 400 or 500 people off,’ ” Walker says. “They said they didn’t care, because ultimately they wanted to protect all those benefits and not make those changes.”

Walker’s Democratic critics say that, since becoming governor, he’s become impervious to their concerns. According to Barca, most of Walker’s private meetings with Democratic leaders are essentially briefings, where Walker says, “Here’s what I intend to do,” without genuinely entertaining Democratic feedback or alternatives.

State Sen. Jon Erpenbach, D-Middleton, says the governor isn’t interested in compromise or negotiation and has even spurned input from legislative Republicans: “Scott Walker comes in and says, ‘I’m driving,’ and treats us like kids in the back seat, telling us to shut up.”

Why he doesn’t give in

Walker’s agenda has made him a darling of national conservatives and a regular guest on Fox News. The governor’s detractors accuse him of being focused less on what’s good for Wisconsin than on his own long-term political fortunes. 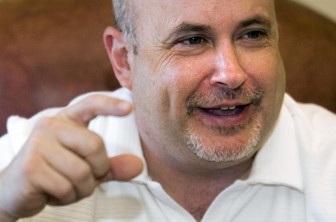 State Rep. Mark Pocan alleges that Walker is “more concerned about keeping the national conservative movement happy than the Wisconsin public that elected him.” Henry A. Koshollek/The Capital Times

“He’s more concerned about keeping the national conservative movement happy than the Wisconsin public that elected him,” Pocan says. “I just feel that his real goal is to get national attention and become a national political figure.”

That Walker enjoys national support is clear from his receipts. In 2011, as of last reporting, Walker snared nearly $3.2 million in contributions from out-of-state, 42 percent of his total donations, an unusually high share.

Walker insists his decision to pursue collective bargaining changes “had nothing to do” with the national conservative movement. It had to do with his experience in Milwaukee County, where he felt hamstrung by union intransigence.

“The reason I did this is eight years of being county executive, seeing the devastating impact it had,” Walker says.

Walker acknowledges that, during the height of protests earlier this year, he heard from at least one Republican lawmaker — state Sen. Dale Schultz of Richland Center — who urged him to moderate his position on collective bargaining.

“He actually talked to me about how he didn’t feel comfortable voting for it,” Walker says. Schultz was the only Republican state senator to vote against the governor’s plan.

But Walker believes the course urged by Democrats and others — to accept benefit concessions but not curtail collective bargaining — would have “gutted” the bill to where it would not have given local governments the flexibility they need to make cost-saving changes.

“Sometimes I’ll compromise,” Walker says, “but I’m not going to compromise on principles.”

Next: What drives Scott Walker.

6 thoughts on “Walker does it his way”