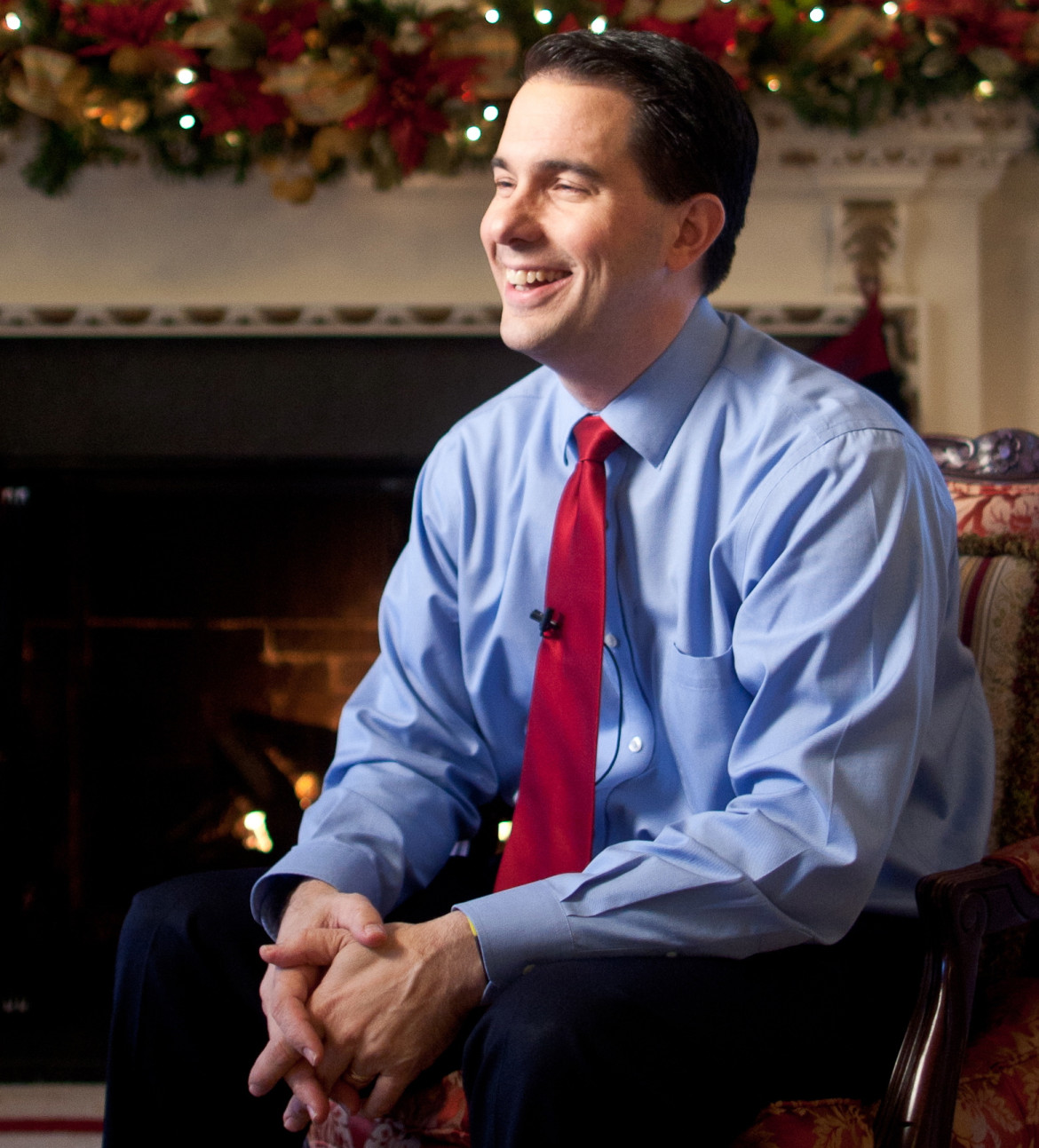 Gov. Scott Walker has become a national political figure — a hero to some, a demon to others. But no one doubts his passion or resolve. Lukas Keapproth/Wisconsin Center for Investigative Journalism

Part one of a three-part series


Glenn Grothman is a true believer in conservative causes, but never more ardently than when it comes to the state’s most controversial political figure: Republican Gov. Scott Walker.

“Scott Walker is a rare politician who doesn’t try to make everybody happy with other people’s money,” says Grothman, a Republican state senator from West Bend. “He’s the best governor of my lifetime. He’s the least ‘politician-y.’ He’s able to say no to people.”

Grothman lauds the governor’s attributes: his political courage, his willingness to invite controversy, his pursuit of fundamental changes in state policy.

Curiously, these are mirror images of what Walker’s detractors decry as flaws: his stubbornness, his refusal to compromise despite profound opposition, his divisive agenda.

These qualities have made Walker, 44, a national political figure — a hero to some, a demon to others. But no one doubts his passion or resolve.

Even after other GOP governors who’ve taken on public employee unions have distanced themselves from what Walker has done (“I love collective bargaining,” declared New Jersey Gov. Chris Christie this spring) or been rebuffed (Ohio voters overwhelmingly repealed Gov. John Kasich’s rollback of union power), Walker is holding firm.

Walker’s supporters and foes agree that he is not like most other politicians. The first governor in Wisconsin history to face a recall attempt is bolder, more focused, less cowed by criticism. Where they disagree is over whether this is a virtue or a vice. 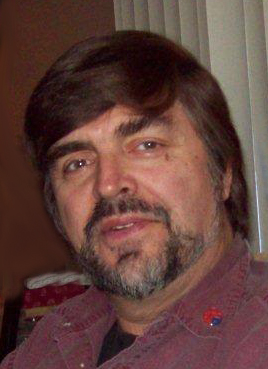 “He’s not afraid of controversy, when a lot of politicians just are,” says Orville Seymer of Citizens for Responsible Government, which ran the recall effort that led to Walker’s election as Milwaukee County executive. “He’s a strong leader. He’s got a strong following, more so than (Democrat) Jim Doyle or (Republican) Tommy Thompson. They’ll follow him into battle. I would go into battle with him.”

State Sen. Jon Erpenbach, D-Middleton, one of Walker’s sharpest critics and a potential challenger should a recall election be held, accuses the governor of needlessly sowing division among Wisconsin residents.

“In order to get what he wants, he has made the state this giant coliseum and has deliberately put one side against another. It’s the most irresponsible thing I’ve seen since I got here,” says Erpenbach, first elected to the Senate in 1998.

Walker, in a recent interview at the Executive Residence, acknowledges having made mistakes in pursuing his agenda, but insists he’s made necessary reforms.

Both Walker’s friends and his foes are awed at his capacity to withstand negative reaction.

Here is a governor who can’t go to either his Wauwatosa home or the Executive Residence in Maple Bluff without seeing an array of “Recall Walker” yard signs. Yet he shrugs it off, telling the story of how, moments after a passing motorist extended a middle finger, another drove by giving a thumbs-up sign.

It’s clear Walker is able to choose which reaction matters most.

Though he’s often accused of being on-message to a fault, Walker is willing to take tough questions from the media and members of the public. He believes in his ability to explain himself and to make a good impression.

Walker concedes that elections are popularity contests but says, “I’m less interested in popularity, more interested in respect.” He thinks he deserves it: “I can be polite and still be stern. I can be agreeable and yet still stick up for the values I think are imperative to push on.”

Even Walker’s detractors acknowledge that he can be personally charming. 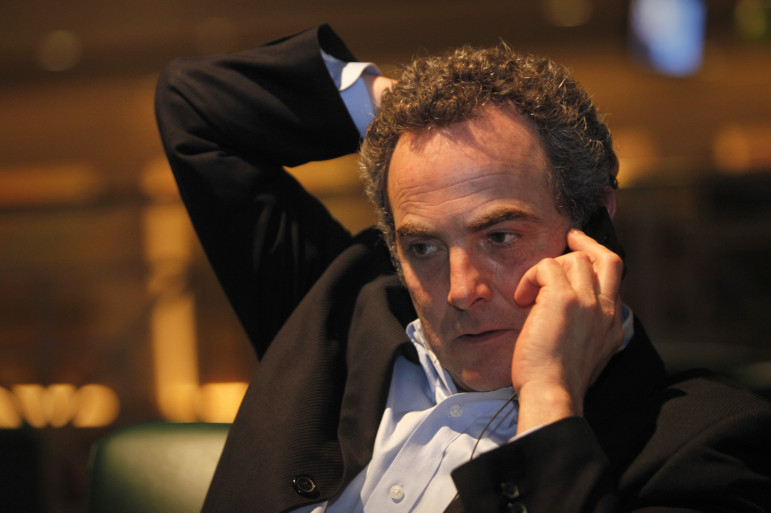 State Sen. Jon Erpenbach, D-Middleton, says Walker “has made the state this giant coliseum and has deliberately put one side against another.” John Hart/Wisconsin State Journal

“He’s a nice guy, no doubt about that,” says Erpenbach, who then pegs the governor as uncaring about the consequences of his political agenda. He thinks Walker has largely followed through on his campaign pledge to run the state like a CEO — concerned about dollars and cents, not human beings.

“There is a certain lack of compassion that I see out of the East Wing right now,” Erpenbach says.

Brian Fraley of the conservative MacIver Institute, a Madison-based think tank, tells of how Walker, then Milwaukee County executive, came to his father’s funeral in 2004 and a subsequent memorial service for his dad and other veterans.

“Scott did this without fanfare and without political motive,” marvels Fraley, who at that time was working out of state. “I wasn’t a major donor or a politically connected community leader. I was merely a friend he’d known for about a dozen years who had just lost his father.”

Fraley sees this as a testament to Walker’s good character.

“He’s humble,” Fraley says. “He’s a man of faith, but he doesn’t wear it on his sleeve. He’s nonjudgmental and doesn’t hold anger or grudges. He was raised right, and in my interactions with him over the years, his true character is the antithesis of the cold-hearted, aloof caricature created by the liberal special-interest groups whom he’s enraged.”

Filling in the blanks

Walker’s problem, Fraley says, is that the people of Wisconsin, including his Democratic opponents, don’t really know him.

When elected, he was “still basically a blank slate” to most state residents. His campaign focused on jobs and the economy. Other than his professed brown-bag frugality — which Fraley considers corny but on the mark — he didn’t tell much about himself.

So when “all hell broke loose” after Walker moved to curb public employees’ ability to engage in collective bargaining, Fraley says this created “fertile ground for the left” to fill in the blanks with negatives.

State Sen. Chris Larson, D-Milwaukee, who served on the Milwaukee County Board from 2008 to 2010, overlapping Walker’s stint as county executive, notes Walker’s skill at framing both sides of an argument in a way that affirms the correctness of his own position. For instance, that the state either had to cut benefits and curtail collective bargaining or else impose massive layoffs.

“It’s either this or that — no other options,” says Larson, who sees this as a recurring theme in Walker’s pronouncements.

For Larson, the most telling moment of Walker’s infamous Feb. 22 call with a blogger pretending to be billionaire David Koch came when the governor admitted having “thought about” planting troublemakers among protesters. This option was rejected — but not, Larson notes, because it would have put law enforcement officers and others at risk. Rather, Walker told the caller, “My only fear (is) that it would scare the public into thinking maybe the governor has gotta settle to avoid all these problems.”

“It gives you great insight into where his mind is at,” Larson says. “Compromise is so unpalatable to him that it was the only thing that kept him from hurting people.”

Walker, while chagrined by this call, makes no apologies for taking an uncompromising approach to achieving his goals. He tells of his experience in Milwaukee County, where he beat the odds to get elected and twice won reelection. It taught him the burdens and rewards of leadership.

“But, in the end, I was trying to do what I thought was in the best interest of improving my county. And thankfully, enough people in the electorate saw fit to agree with me, and that is the same approach I take now.”

Next: How Scott Walker governs.

7 thoughts on “Love him or hate him”