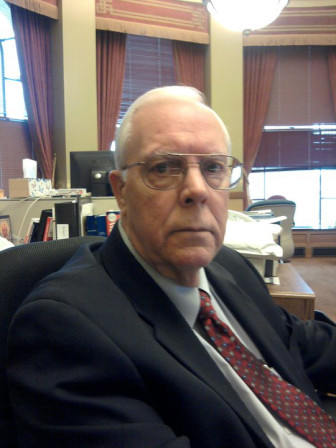 Dick Wheeler, the late founder of the Wheeler Report, has been named the 2012 recipient of the Distinguished WisconsinWatch.orgdog Award in recognition of his four decades of tirelessly opening Wisconsin state government to public scrutiny.

The award is part of the second annual WisconsinWatch.orgdog Awards reception and dinner, presented jointly on Wednesday, April 25, by the Wisconsin Center for Investigative Journalism, Wisconsin Freedom of Information Council and the Madison Pro Chapter of the Society of Professional Journalists. Gwyn Guenther, Wheeler’s daughter, will accept the award.

“Dick Wheeler devoted his life to covering the state Legislature, in particular, and was a passionate defender of the public’s right to know what their government was up to,” said Bill Lueders, president of the Wisconsin Freedom of Information Council. “He was a tough but fair reporter, and he did more than anyone to shed light on the workings of Wisconsin government. The entire state owes him a debt of gratitude.”

“Dick was always willing to share with other journalists his extensive knowledge of Wisconsin politics and legislative procedure,” said Mark Pitsch, assistant city editor of the Wisconsin State Journal and president of the Madison Pro Chapter of the Society of Professional Journalists. “Moreover, he earned respect from each side of the political aisle and across state agencies under several administrations.”

Wheeler, who died on Nov. 11 at age 67, launched the Wheeler Report in 1972, after having covered state legislatures in Ohio and Michigan. It began as a mimeographed write-up that was mailed to subscribers each day. Later it was sent out by fax, then email, which is how it is distributed today. The Wheeler Report also maintains a robust website, tracking state news.

Often, Wheeler was the first member of the public to receive important government documents such as audits, legislation and fiscal analyses, which he immediately posted to his website for others to see. The Wheeler Report remains one of the state’s most comprehensive sources of information about state government.

The WisconsinWatch.orgdog Awards, a celebration of investigative reporting and open government, will feature a keynote address by Walt Bogdanich, a three-time Pulitzer Prize winner and University of Wisconsin-Madison graduate. Bogdanich is a New York Times investigations editor and former investigative producer for 60 Minutes and ABC News. 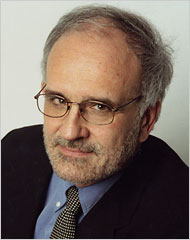 Also, winners of the Wisconsin Freedom of Information Council’s annual Opee Awards will be recognized for their work promoting open government.

The event at the Madison Club, 5 E. Wilson St., is sponsored by the Wisconsin Newspaper Association, Wisconsin Broadcasters Association, the law firm McGillivray Westerberg and Bender and the Wisconsin State Journal. The evening will begin with a reception at 5 p.m., followed by dinner at 6. Tickets are available for $55.

Register online here. Attendance is limited to 120 and organizers expect all tickets will be sold.

Sponsors are being sought for the WisconsinWatch.orgdog Awards. Information is available here.

In addition to speaking at the WisconsinWatch.orgdog Awards, Bogdanich will appear on a panel as part of the 120th anniversary celebration of The Daily Cardinal, a UW-Madison campus newspaper. Three days of events, including an open house, drinks and dancing, are planned for April 26 through 28.