Bob Ziegelbauer wants to make it clear he’s not placing himself above his fellow state lawmakers: “I don’t want to be judgmental and say, all these other guys, they’re just money grubbers.”

That’s not his point at all. Ziegelbauer, the lone independent among the Wisconsin Legislature’s 132 members, says raising money has never been a big factor in his political career, which spans three decades. The state Assembly representative from Manitowoc, who also serves as Manitowoc County executive, has always run modest campaigns that are largely self-financed.

Ziegelbauer, 60, who recently announced that he will not seek re-election this fall, does not deny the critical role that money plays in the political process. 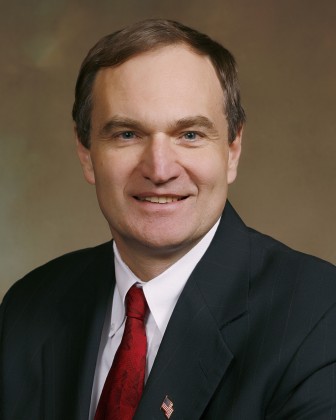 Ziegelbauer: “During the last 20 years, we’ve seen the evolution of both parties to the extremes.”

“It does make a difference,” Ziegelbauer says in an interview from his Capitol office. “I’ve had the luxury of being able to avoid most of the impact, (but) I’ve occasionally observed colleagues of both parties who appear to believe that money is everything.”

And Ziegelbauer believes things are getting worse now that the state is entering “the era of the perpetual campaign,” where elections are followed by recalls that prompt new elections. He thinks that’s bad for Wisconsin, and for democracy.

There is another troubling trend, the one that prompted him to leave the Democratic Party and become an independent.

“During the last 20 years, we’ve seen the evolution of both parties to the extremes,” Ziegelbauer says. “The Democratic Party in Wisconsin has moved more to the left. The Republicans have moved more to the right.”

Ziegelbauer ran as a Democrat for state Assembly in 1980, when he lost, and in nine successful elections beginning in 1992. But it became an increasingly uncomfortable fit — especially in the 2009-10 session, where he found himself opposing many parts of the Democrats’ agenda.

And so he did what for many politicians would be the unthinkable: Declared his independence.

Again, Ziegelbauer chalks this up to his district. He says the Manitowoc area has stayed conservatively Democratic, even as Democrats became more liberal. As he puts it, “The Democratic Party moved too far and too fast out of my community … and I was still there.”

While he opted against “switching jerseys” and becoming a Republican, he’s mostly sided with the GOP during the current legislative session, including his support for Gov. Scott Walker’s curbs on collective bargaining for public employees. But Ziegelbauer has sometimes broken from the pack.

Ziegelbauer voted against a bill to exempt a small parcel of land near Green Bay from state wetlands rules, agreeing with Democrats that the project could have gone through the normal regulatory process. He also opposed the Republicans’ redistricting plan, which he thought was much too partisan. (The new plan, he says, will not significantly affect his own district.)

In 2006 and again in 2010, Ziegelbauer was elected Manitowoc County executive. It’s a full-time job but he’s always held one of these during his years in the Assembly. It makes for a long work week but “I’m a single guy and it’s no problem.”

Having this job has helped Ziegelbauer appreciate the challenges of managing a local government. It makes him glad he sided with Walker and the GOP on changes to collective bargaining.

“Here in Manitowoc County,” Ziegelbauer says, “we’ve made progress and saved lots of jobs because of the flexibility we’ve been given to manage.”

In fact, Ziegelbauer says it will “take much more than a recall election” of the governor and a few more Republican senators to roll back the clock on these changes. There’s still the Assembly, which Republicans control, with or without help from a lone independent.

The Money and Politics Project, a partnership of the Center and MapLight, is supported by the Open Society Institute. The nonprofit Wisconsin Center for Investigative Journalism (www.WisconsinWatch.org) collaborates with Wisconsin Public Radio, Wisconsin Public Television, other news media and the UW-Madison School of Journalism and Mass Communication. All works created, published, posted or disseminated by the Center do not necessarily reflect the views or opinions of UW-Madison or any of its affiliates.

One thought on “An independent’s take on the state Legislature”