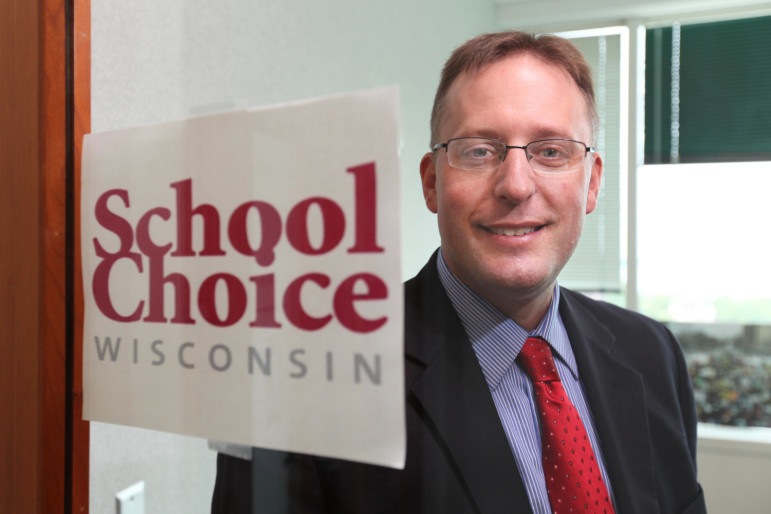 PART THREE OF THREE IN A SERIES

Jim Bender, president of the advocacy group School Choice Wisconsin, has a ready answer for those who charge that giving tax dollars so students can attend private schools is taking away money from public schools: “It’s not their money. It’s taxpayers’ money. It’s parents’ money.”

The decision on how this money is spent, he says, resides with the Legislature: “It’s not about a system. It’s not about a district. It’s about a student. If we put the student’s needs first, then there’s no problem with having the money following the child.”

Beginning this fall, the money is going to be following children from public to private schools in Racine.

The 2011-13 state budget authorized vouchers for 250 Racine students this year and 500 students in 2012-13; thereafter, enrollment will be open to all eligible applicants. Eight local private schools have been approved to participate.

“I’m ecstatic about this,” says Laura Sumner Coon, executive director of SOAR (Scholarships, Opportunities & Access in Racine), a school choice advocacy group. “This is great news for us.”

Sumner Coon says her group was able to raise just $50,000 over two years for a scholarship fund for private schools, enough to serve 13 children. Now she expects most if not all of the 250 voucher slots to be filled this fall.

Among the new choice students is Miguel Rodriguez, 6, a first grader at Trinity Lutheran. Miguel, abandoned by his mother, has been raised since he was two weeks old by Kathy Robison and her husband Robert of Racine. The couple, who have four children of their own and raised three adopted kids, now all adults, are Miguel’s legal guardians. 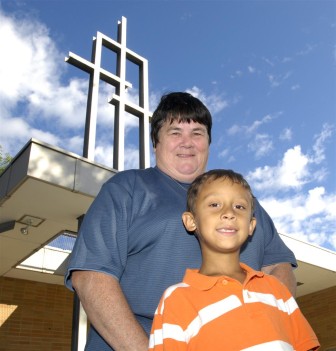 Kathy Robison says Miguel was born with fetal alcohol syndrome; he has a speech impediment and attention deficit hyperactivity disorder. About a month after they got Miguel, Robert Robison was diagnosed with Parkison’s, now in stage 4. He can no longer work.

“God has always provided for us,” says Kathy, who believes God gave the couple Miguel “to help us get through my husband’s illness.”

Last year, the couple paid to send Miguel to kindergarten at Trinity Lutheran, which most of their other children have attended. This year the state is picking up the tab, which is a relief.

Once a week, Kathy takes Miguel for an hour of speech therapy at one of Racine’s public schools. But she’s grateful he is able to attend school in “a Christian environment” — from now until he graduates from high school.

According to the nonpartisan Legislative Fiscal Bureau, expanding vouchers to Racine will add nearly $3 million to the state’s costs over the next two school years, after aid reductions to the Racine Unified School District are factored in.

The Fiscal Bureau estimates the district will see a $618,000 state aid reduction in 2011-12 and $1.2 million in 2012-13 due to the voucher program. But Bender says the district “gets to make up for 100 percent of the state aid reduction in the same manner they have done for independent charter schools for years,” through local property taxes at a lower per-student cost than for Racine public school students.

And Sumner Coon says it will be several years before the program’s impact is fully felt, giving the district time to adjust: “They need to make some changes.”

The district says the voucher plan comes on top of a $25 million funding shortfall, mostly due to budget cuts. In August, it cut 123.5 full-time equivalent positions, including 85 educational assistant jobs, along with some administrators, secretaries and teachers, according to district spokeswoman Stacy Tapp.

“The vouchers are a real gut punch to this district,” says Steve Urso, executive director of the Racine Education Association, a union representing 1,630 teachers and more than 400 educational assistants. “There’s not a lot of money to work with.”

Doris Szejna, president of the Racine Educational Assistants Association, says her members make anywhere from $18,165 to $31,948 a year, working in the classroom with special needs students. The cuts mean that 79 assistants were laid off, and several dozen more forced to take reductions in hours and pay.

“My question is, ‘How are you going to handle all of these children?” asks Szejna. “Even with vouchers, the learning-disabled kids do not go away.”

Szejna, an educational assistant since 1990, says her own position was eliminated at the end of the last school year. To stay on, she had to bump another assistant — one of her fellow union members — out of a job.

‘I didn’t see this coming’

The expansion of the school voucher program to Racine is one of several successes by supporters of school choice in Wisconsin since the election of Republican Gov. Scott Walker and GOP majorities in both the Senate and Assembly.

Indeed, the cause of school choice in Wisconsin has advanced so rapidly that even some choice proponents have been tapping the brakes.

During a state budget hearing in April, school choice pioneer Howard Fuller angrily dubbed the proposal to phase out income limits for Milwaukee voucher students “egregious” and “outrageous,” according to a press account.

The plan to expand choice to new cities also drew a cool reaction from some Republican lawmakers, with Senate President Mike Ellis, R-Neenah, telling the Milwaukee Journal Sentinel, “I’m amazed at this. I didn’t see this coming.”

In the end, the Legislature opted to raise but not eliminate income limits for Milwaukee voucher students and sidelined plans to expand vouchers to Green Bay and Beloit, doing so only for Racine.

Dan Rossmiller, director of government relations with the Wisconsin Association of School Boards, hopes the recent narrowing of Republican control in the state Senate will have a moderating effect on future choice initiatives “and the impact they will have on public schools and the communities where choice would be expanded.”

The state’s budget woes, adds Rossmiller, could also have an inhibiting effect: “The agenda is supposed to be on the economy and creating jobs, not taxpayers subsidizing private schools.”

Bender says efforts to expand the choice program to Green Bay will continue, noting that “the conversation has been going on in Racine for some time,” whereas the idea was only recently pitched as a possibility in Green Bay.

Among the bills that have been introduced and may be taken up this fall is SB 69, which would create an individual income tax credit for the cost of tuition to send dependent children to private K-12 schools, up to $2,500 per child per year, depending on grade level.

The Legislature is also weighing a plan to create a new voucher program for disabled students. The bill, introduced in late April, drew furious opposition from disability rights advocates and the Wisconsin Association of School Boards, which pronounced it “flawed from an educational standpoint, a fairness standpoint, a school funding standpoint, a pupil rights standpoint, and an accountability standpoint.”

Critics allege the bill as drafted would let private schools receive money for educating disabled students without any assurance that they will provide the requisite services.

“That scares me to death,” says state Rep. Sondy Pope-Roberts, D-Middleton, invoking the specter of a private school accepting the cash for a non-communicative student in a wheelchair and then having that child “sit in a corner for the day.”

The bill is now being redrafted, and Bender is optimistic that this and other choice initiatives can yet advance: “There are some very strong choice supporters in the Assembly, especially, that did not play a starring role…yet.”

3 thoughts on “School choice advocates hope to build on gains”