PART TWO OF THREE IN A SERIES

Sondy Pope-Roberts and Howard Marklein rarely talk to each other.

That’s not surprising, given the political climate. She’s a Democratic member of the state Assembly from Middleton; he’s a Republican from Spring Green. But there’s something she’s sort of dying to know, about his relationship with supporters of school choice.

“How much money did he get from them?” asks Pope-Roberts. “And how does he go back to Spring Green and explain his vote when schools there are struggling to maintain programs and staff?” 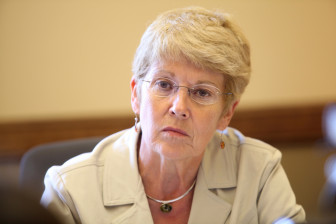 A graduate of River Valley High School in Spring Green, Pope-Roberts is perplexed by Marklein’s support for the state’s parental choice voucher program, which directs taxpayer funds to private, mostly religious schools. He even introduced measures sought by and drafted with input from School Choice Wisconsin, a lobby group. Most of these were folded into the 2011-13 budget bill and passed into law.

“What’s in this for Howard Marklein?” asks Pope-Roberts. “If it isn’t for the campaign funds, why is he doing this?”

Marklein, who insists he has other reasons for supporting school choice, was elected to an open Assembly seat last fall, getting 52 percent of the vote over Democrat John Simonson. According to an analysis by Wisconsin Democracy Campaign, a nonpartisan group that tracks campaign contributions, Marklein received $3,274 from pro-voucher individuals and political action committees.

That’s not an overwhelming amount of money, in a race where Marklein spent almost $98,000. But it doesn’t end there. The American Federation for Children, a pro-school-choice group, sent district voters three anti-Simonson mailings, none of which mentioned the issue of school choice.

The group has not disclosed how much it spent on this and other races, but the Wisconsin Democracy Campaign has estimated the cost of a “quality” state Assembly mailing at $10,000 a pop.

“I cannot control what a third party does,” says Marklein, adding that he wasn’t even aware of these mailings until several months after the election. “It certainly didn’t influence any of my decision-making. I sleep well at night.” 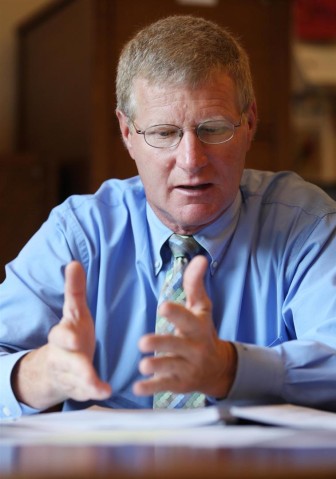 In fact, Marklein is just one of dozens of Wisconsin political players on the receiving end of millions of dollars poured into state campaigns and the legislative process from individuals and interest groups committed to promoting alternatives to public schools.

Like other school choice proponents, Marklein says he just wants to give students an alternative to failing public school systems. “It’s all about the kids,” Marklein explains. “I will always start my decision-making with the kids. If that offends the teachers unions, so be it.”

The biennial budget passed by the Legislature and signed into law by Republican Gov. Scott Walker advances the school choice agenda in several ways.

It eliminates the cap on the number of students who can participate in the Milwaukee Program; allows Milwaukee students to attend any private school in the state that enrolls in the choice program; raises the income limit for program eligibility to 300 percent of federal level, or about $67,000 for a single-parent family of four; and lets participating high schools charge higher-income parents some tuition on top of the $6,442 voucher amount.

According to the nonpartisan Legislative Fiscal Bureau, these changes will increase the number of voucher students in Milwaukee by about 3,000 students over two years, to a total of 22,900 in 2012-13.

Perhaps more significantly, the bill for the first time expanded the voucher program to a school district outside Milwaukee; it allowed up to 250 students in Racine to receive vouchers to attend private schools, beginning this fall. (A proposal to also expand vouchers to Green Bay was inserted into the budget by the Legislature’s Joint Finance Committee but yanked from the final version.)

The Fiscal Bureau estimates these changes will collectively hike state net spending in Milwaukee and Racine by $16.9 million over the next two years.

That compares to a nearly $800 million cut in state aid to public schools over the same period.

A drain or a gain?

These include allowing the state Department of Public Instruction to pay private choice schools directly, rather than send checks to parents that are signed over to schools.

Marklein describes the change as “a matter of efficiency.”

Marklein’s original bill would have also more than doubled the rate of reimbursement to choice schools for summer school students, a move the Legislative Fiscal Bureau estimated would have hiked state and local costs by $784,636 over the biennium. This part did not make it into the budget bill.

“They tried to sneak one past the goalie,” Pope-Roberts says of this provision.

Marklein says he introduced the bill after being contacted by Jim Bender, now president of School Choice Wisconsin. Records show that the group’s research associate, Michael Ford, was involved in the process, reviewing and commenting on bill drafts.

As Pope-Roberts sees it, Marklein’s advocacy on this issue “does not represent any interest in his district,” which does not receive any vouchers.

“I know of no advantage to our corner of the state to supporting the choice program,” Benson says. “It will only drain resources from our schools.”

Marklein, an accountant by profession (his firm handles the financial audits for Milwaukee Public Schools), disputes this.

“The reason I support school choice is because it saves Jamie Benson money,” says Marklein, also a River Valley High School alum. He cites a May 2011 Legislative Fiscal Bureau report showing the consequence of ending parental choice vouchers, which cost the state less than the average public-school student.

According to the report, if 50 percent of Milwaukee choice students were to return to public schools, the additional expense to the state would translate into a $39,489 reduction to the River Valley School District.

The counterargument is that many of the private schools which receive voucher funding once existed without it, at no cost to taxpayers.

Over time, many private choice schools have become dependent on public dollars. According to the state Department of Public Instruction, on average 83 percent of students enrolled in any given choice school were on publicly funded vouchers in 2010-11.

Advancing the cause of school choice in Wisconsin is an all-star cast of paid advocates, many with deep ties to the state’s political structure.

Serving as a senior adviser to the Alliance for School Choice, a Washington, D.C.-based advocacy group, as well as the affiliated American Federation for Children, is Scott Jensen, a former Republican Wisconsin Assembly speaker. Jensen’s 2006 conviction on three felony counts of misconduct in office was overturned on appeal; late last year, the more serious charges were dropped when he pleaded guilty to a misdemeanor ethics violation.

Jensen is also registered as one of three contract lobbyists for the federation, which reported spending $56,659 on lobbying Wisconsin state government in the first six months of 2011. This included $6,680 to Jensen for 32 hours of lobby work, which comes to more than $200 an hour.

The bulk of the federation’s lobby effort in Wisconsin is handled by its government affairs associate, Brian Pleva, formerly an aide for state Rep. Jeff Fitzgerald, R-Horicon. Former Fitzgerald chief of staff Jim Bender left to become a lobbyist for School Choice Wisconsin.

That these groups managed to hire two top aides who would have been key players in a GOP-controlled Legislature is seen as a sign of the movement’s tremendous clout. State Rep. Mark Pocan, D-Madison, says the “natural progression” would have been for Pleva and Bender to take their place at the pinnacle of power. Instead, “they left state government to work for the voucher groups.”

Another lobbyist on the payroll of School Choice Wisconsin is former Republican Assembly Speaker John Gard. This spring the group sent Gard to Green Bay to talk up expansion efforts there.

“They’ve got people in place who understand how to operate the levers of government and who are probably doing it pretty skillfully,” says Dan Rossmiller, director of government relations for the Wisconsin Association of School Boards, which opposes school vouchers.

Bender says the various pro-school-choice groups have different focuses and operate mostly independently of each other. He calls it coincidence that he and Pleva both ended up working for school choice groups. And he credits the movement’s recent successes not to its elite lobby force but “a very supportive governor and a strong Legislature to back up his initiatives.”

Bender says his own compensation will be comparable, though some details are still being worked out.