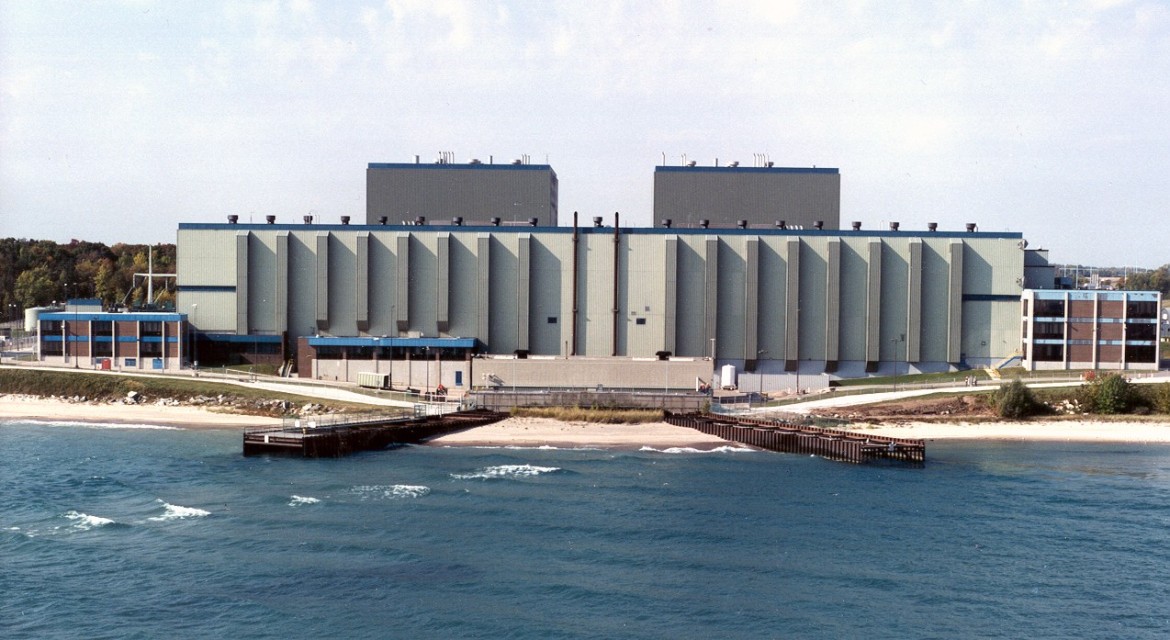 TOWN OF TWO CREEKS — Town chairman Lee Engelbrecht says his hogs, sheep, heifers and feeder steers likely would stay put on the family farm if a disaster ever struck Point Beach Nuclear Plant, about a mile away, or Kewaunee Power Station, five miles north on Wisconsin 42.

Engelbrecht, 57, didn’t think that was a very realistic possibility before 9/11 … or now.

“Nobody living in Two Creeks has any fear about living near Point Beach,” says the lifelong resident on Two Creeks Road.

According to Nuclear Regulatory Commission officials, the most serious incident in the history of American nuclear plants — the release of a small amount of radioactive gases at Three Mile Island in Pennsylvania 32 years ago — resulted in no deaths and negligible effects on the health of individuals or the environment.

To try to ensure a completely safe working environment for employees and the public, civic and nuclear industry personnel spend thousands of hours annually in a variety of training exercises.

The next drill involving dozens of local, state and federal agencies will be Oct. 4 when a scenario will be devised involving Kewaunee Power Station.

A June report by the NRC, “Protecting People and the Environment,” states, “Even though the radiological consequences would be the same whether caused by a hostile action or safety event, hostile actions would likely pose unique challenges to emergency responders.”

To prepare for these post-9/11 challenges, “the nuclear industry conducts voluntary drills using scenarios based on hostile actions as initiating events,” the report states.

Manitowoc County Emergency Service Director Nancy Crowley says her county’s evacuation plan calls for Two Rivers students to be taken to Silver Lake College and Mishicot students to Valders, where parents and guardians could pick up their children.

“The safest thing is putting as much distance between the problem … a radiological release … and you,” Crowley says.

Crowley and Hucek focus their efforts on the “Plume Exposure Pathway EPZ (Emergency Planning Zone),” which is the 10-mile radius area around the nuclear power plant in which people may be directly exposed to radiation.

It shows various evacuation routes and corresponding “reception centers” that would feature technology able to detect how much radiation one might have been exposed to, if any.

Residents are assured law enforcement will be patrolling areas to ensure property is safe.

Among the tips offered to evacuees:

Hucek and Crowley agree that piece of advice may not be heeded. They say law enforcement can’t force owners out of their homes and off their property.

But, like during Hurricane Irene a couple weeks ago, officers can prevent re-entry to neighborhoods and may tell residents they shouldn’t expect any help if it would put rescue personnel at risk.

The two emergency management directors stress purchase of NOAA weather radios that broadcast alerts not just for tornadoes or hurricanes but environmental disasters, including radiological releases and large-scale chemical spills.

‘Not in the cards’

Crowley says with more cows than people in Manitowoc County — about 90,000 compared to 84,000 — dairy animals are a very serious business in the rural area of northeast Wisconsin near the two nuclear plants.

Crowley says she gets a kick out of FEMA “slick whistles in three-piece suits talking about, ‘When you are evacuating the cows …’

“I have to say, ‘It’s not in the cards,” Crowley says, knowing that Engelbrecht is right when he says other farmers also are unlikely to leave their livestock behind.

If electricity is down, Engelbrecht says, he and most other farming operations have emergency diesel generators to keep barn fans and milking equipment running.

Even if no tankers will be coming to pick up milk, the cows still need to be milked a couple times a day or risk health complications.

Those living within a 50-mile radius around nuclear power plants — including Green Bay, Appleton, Sheboygan and Oshkosh — are in the “Ingestion Exposure Emergency Planning Zone.”

Mark Kanz, local affairs manager for Dominion’s Kewaunee Power Station says there are radiological monitors on site. In case of a possible leak, Kanz says teams would go into surrounding areas to make sure nothing is in the atmosphere that would jeopardize human or animal health.

Food, milk and water would be tested for safety if there has been the risk of radiological contamination.

The Kewaunee-Manitowoc emergency planning calendar states government officials may restrict the movement of food products and withhold them from the marketplace until sampling and analysis have been completed. Contaminated food will be isolated to prevent getting into markets.

Radon from the ground exposes individuals to about 200 millirems per year, according to the document, while living next to Kewaunee Power Station or Point Beach adds one-tenth of a millirem.

Ever since the plants opened in the 1970s, sirens have been relied upon as the primary method of notifying the approximately 20,000 residents in the EPZ that an emergency situation has developed at the nuclear plant and they should turn on their radio for an update of necessary action to be taken.

The 19 sirens in Kewaunee County and 14 in Manitowoc County have never sounded for that purpose but they are tested on the first Wednesday of each month at noon, sounding for about a minute.

The sirens aren’t going away and a newer model in Kewaunee County has emergency backup battery power in case electrical lines are disrupted. Manitowoc County will be adding similar sirens.

But Hucek and Crowley say residents can also receive “reverse 9-1-1” phone calls to their landline or cell phones alerting them of an emergency.

“We have to have to make sure we have the ability to keep up” with current technology uses, he says.

In a real emergency, Joski and Manitowoc County Sheriff Rob Hermann’s deputies might drive the roads in the affected EPZ and use their squad cars’ speaker system to tell residents to leave.

Whatever methods are needed in the area of emergency preparedness, the nuclear industry will be supportive, Cassidy says.

“We are committed to the relentless pursuit of safety and security,” she says.

A March tsunami and earthquake crippled a Japanese nuclear power plant. The Nuclear Energy Institute issued a news release in August stating U.S. nuclear plant operators are taking steps to safeguard their facilities. Among the measures are: