A joint project of Gannett Wisconsin Media and the Wisconsin Center for Investigative Journalism
Link to main project page:

Explore data and read more stories in the series

TOWN OF TWO CREEKS — Federal Nuclear Regulatory Commission officials say there has never been a security breach into an American power plant.

It’s certainly not a matter of luck, say staff members at the NRC and Wisconsin’s two nuclear power plants — Kewaunee Power Station and Point Beach Nuclear Power Plant in the town on the northern edge of Manitowoc County.

Sara Cassidy, manager of nuclear communications for NextEra Point Beach, says the industry has spent $1.2 billion and many thousands of hours of training in the decade since 9/11 on security enhancements in response to NRC mandates.

Part of the money has been spent on “simunition,” which are non-lethal projectiles that can be fired from rifles during intense “Force-on-Force” mock adversary drills held every three years.

“The scenario had the bad guys coming in over the fence and the plant security force had to annihilate the enemy,” Nancy Crowley, Manitowoc County’s emergency management director, says of witnessing a potential hostile takeover.

Cassidy says the “enemy” sometimes is armed with insider knowledge of the plants’ security plans. 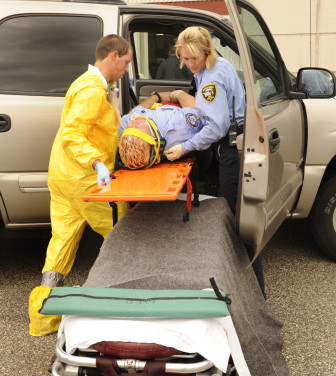 What is plainly visible to anyone driving Wisconsin 42 are the big boulders and high fencing serving as the outer perimeter since 9/11 at Kewaunee Power Station in the town of Carlton.

But that is just the tip of the security iceberg, says Viktoria Mytling, senior public affairs at NRC Region III headquarters in Lisle, Ill.

“After 9/11 the paradigm changed completely to one where an adversary that would want to take over a nuclear plant would be willing to die to do so,” Mytling says.

“New NRC requirements have required a lot of expense and work form every single utility,” she says.

Security upgrades mandated by the NRC have focused on:

“We are talking about a paramilitary level of training and expertise to become a security officer at a nuclear power plant,” Mytling says.

She says the “Force-on-Force” drills usually begin at night and continue to three consecutive nights.

Mytling says plant officials are told when an exercise is going to commence.

“We don’t want the security guards shooting at the mock adversary with real ammunition,” she says. Another full contingent of non-drilling security officers is on scene just in case there was a real attack.

However, Kewaunee County Sheriff Matt Joski does not believe citizens are at risk.

“Their level of security is second to none when it comes to training, equipment and resources,” Joski says in explaining why no nuclear plant has had an intrusion jeopardizing operations.

“We reimburse the local communities for all expenses linked to any of our drills,” says Mark Kanz, local affairs manager for Kewaunee Power Station. “It is just a necessary part of doing business.”

“As ‘design-basis’ threats they are very hard targets,” Corradini says. “They really don’t present an enormous concern to the public.”

On his own campus, which has a small non-power reactor, Corradini says university experts had analyzed potential threats to health and well-being.

He says they came to the conclusion that any threat from nuclear material “was miniscule” compared to chemical and biological sources on campus.

During his tenure in Madison, Soletski says he arranged two tours of the nuclear plants by fellow legislators. “You could tell the amount of personnel dedicated to security has continued to go up, higher every time …

“But you can never say, ‘This is good enough.’ Then you might (become) lax about how you approach security and, in the long run, it is all worthwhile,” Soletski says. 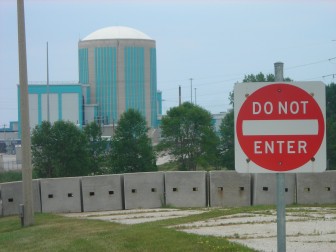 The NRC also has security dictates related to preventing sabotage or operator malfunction by employees.

Even before 9/11, workers had to walk through an explosives detector, followed by an airport-style metal detector, then have their hand scanned with the biometrics matched to the individual ID swipe card enabling entry.

Al Lewis, a Point Beach auxiliary operator who lives on Nuclear Road right across from the main entrance, says employees don’t know about all the security precautions implemented.

He says the periodic psychological evaluations are more comprehensive than when he joined Point Beach nearly 35 years ago after serving on board a U.S. Navy nuclear submarine.

“You can get random drug-tested several days in a row,” Lewis says, noting the security force has been tripled since 9/11.

He doesn’t question the heightened security.

“It’s always in the back of your mind that terrorists who have no sense of right or wrong might be willing to do something crazy … are so committed to their beliefs they are willing to throw their life into the fire,” Lewis says. 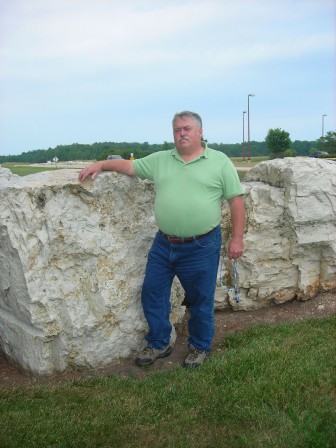 If a terrorist tried to fly a plane, even one as large as a wide-bodied jet, into a nuclear reactor, a likely result, based on studies by the NRC and Nuclear Energy Institute, would be a fireball.

But not inside the 6-inch steel nuclear reactor vessel encased in about 4 feet of steel-reinforced concrete.

An NEI video shows a jet slamming into a mock reactor vessel structure and bursting into flames. “There’s not much left of the jet,” Kanz says.

But FAA regulations still prohibit loitering. “If I am flying from Sheboygan to Door County I can fly right over but I better not start doing circles over the plant,” Drumm says of action that might prompt response by military aircraft.

All the security measure in place doesn’t mean there haven’t been incursions into prohibited space.

Buoys about 500 yards off the shoreline in front of the Point Beach and Kewaunee plants have been placed in Lake Michigan to warn boaters to not get too close to the nuclear plants.

The U.S. Coast Guard does regular patrols and relies on plant security personnel and others in the community to alert it to unwelcome visitors.

“We did have a lone fisherman from Kewaunee in August who wanted to fish the warmer waters,” says William Blair, executive petty officer at the Two Rivers U.S.C.G. station.

Blair says by the time Coast Guard personnel arrive the intruding boater often is gone from the area.

But if they see him, they’ll run down the boater and provide education about the inappropriate incursion.

“There hasn’t been a repeat offender or someone giving us lip about having to get out of the area,” Blair says.