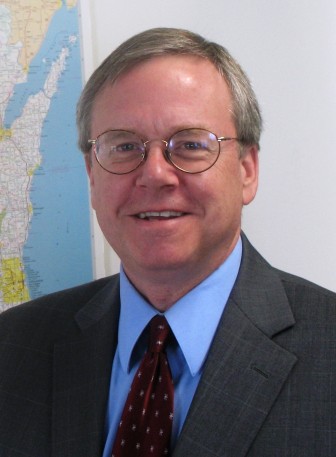 Advocates for Wisconsin’s Women, Infants and Children nutrition program want the state to reconsider its decision not to seek nearly $9 million in federal grants to make the benefits more convenient and less open to fraud.

The decision by Dennis Smith, secretary of the Wisconsin Department of Health Services, will  “diminish the capacity to serve the 120,663 participants currently enrolled,” Barbara Sheldon, chairwoman of the Wisconsin WIC Association, said in a letter sent Aug. 12 to Smith.

Earlier this year, Smith rejected a proposal from Patti Hauser, who directs the state WIC program, to submit an $8.9 million grant application to the U.S. Department of Agriculture to convert to an Electronic Benefit Transfer (EBT) system — a swipe card — as all states are required by federal mandate to do by 2020.

The WIC program is for low-income women who are pregnant, nursing or who have children up to age 5. For example, a family of three earning up to $34,281 a year is eligible.

Program recipients in Wisconsin receive paper checks that they present at the grocery store to obtain staples including milk, cheese, eggs, cereal and peanut butter. The new system, already in place in several other states, would allow these purchases to be made using a swipe card.

Unlike paper checks, which can be traded or sold for non-eligible purchases, the cards create an electronic record for each transaction, making fraud easier to detect, according to the USDA.

A sample WIC check, made out to Jane Doe.

Smith, an appointee of Republican Gov. Scott Walker, said he rejected the grant request because there are still too many technological and policy problems that the USDA needs to work out. He added that “the most cost-efficient, best way to do this procurement is at the national level.”

“People want to boil it down to, we turned away money,” said Smith, adding that the funds would not have gone to Wisconsin but to “one of the vendors who do EBT benefits.” He said the decision would have no impact on the current state budget.

But Sheldon, whose association represents the state’s 71 county and tribal WIC programs, sees the state’s failure to seek the $8.9 million as a potential lost opportunity.

“This money is available now,” said Sheldon, who works with the WIC program in Winnebago County. “It may not be available in the future. It may have to fall to the state to pay for this.”

A spokeswoman for the USDA said the agency is making $13 million in grants available this year to help states convert WIC programs to the technology. The awards are expected to be completed by mid-September.

Sheldon’s letter to Smith says prompt filing of the state’s grant application “puts Wisconsin in the line-up for implementation funding. Once the line-up is full, the federal funding will no longer be available.”

Hauser’s grant proposal summary, obtained by the Wisconsin Center for Investigative Journalism through an open records request, said that “with one or two other states applying,” the full $8.9 million would not likely be awarded at one time. She indicated that if Wisconsin were to receive initial funding, however, it would be in a better position to compete if additional money becomes available.

According to Hauser, the new system could be operational for WIC recipients by 2014. Smith said he considers that timeline “optimistic,” and that his priority as secretary is “doing things that help people today.”

Sheldon said switching to an EBT card, which is already used in Wisconsin for food stamps, would improve program efficiency, “be less cumbersome for grocery stores” and make the program more appealing to participants.

“It’s more in step with how people shop these days, and there would be less stigma to using a swipe card than the paper checks,” she said.

Suzanne Oehlke, advocacy chairwoman for the Wisconsin WIC Association, said some program participants are uncomfortable using the paper checks. They feel stereotyped as poor by cashiers and other shoppers — a reaction she’s also encountered while doing compliance buys in Portage County, where she works. “We know that keeps people from using the WIC program,” she said.

This is not the only federal grant that Smith, a former senior fellow at the conservative Heritage Foundation think tank, has declined to pursue. He also initially refused to support applications by agencies including the Milwaukee Health Department and University Health Services for about $30 million in federal grants over five years to promote healthier lifestyles and prevent disease.

After Smith’s decision was widely criticized, the department changed its stance and sent letters in support of several agencies seeking these grants.

Sheldon’s letter to Smith asks for a meeting to discuss how the state can meet the 2020 deadline to convert to the swipe cards. Smith, through a spokeswoman, said he would be “happy to meet” with the WIC organization.

For a list of local WIC programs in Wisconsin, see: http://www.dhs.wisconsin.gov/wic/localproject/localprojects.htm

2 thoughts on “State refusal to pursue WIC grant under fire”