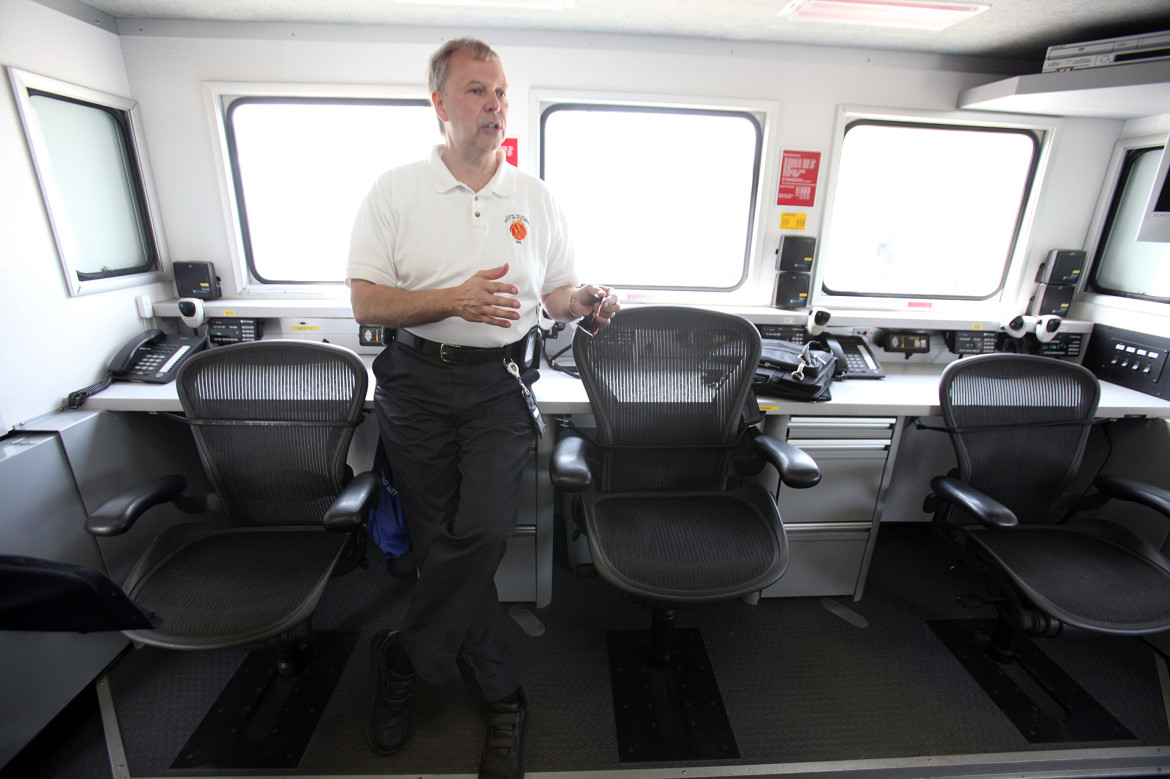 Click here to explore an interactive version of this data. 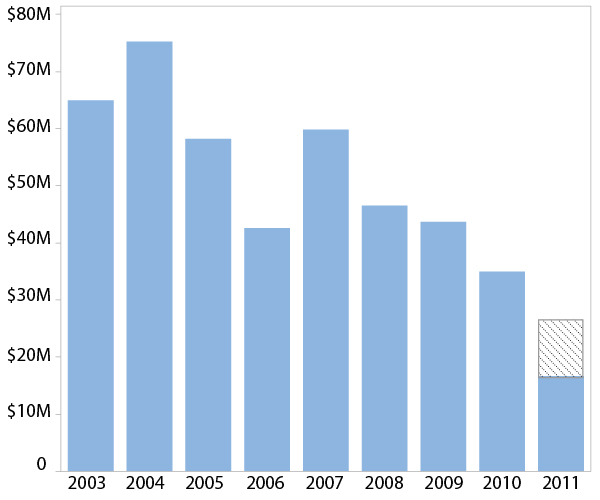 BIG DROP: Funds that in 2010 accounted for about $10 million haven’t been allocated yet for 2011. If those funds stay level, homeland security funding overall will drop 24 percent. Research: Jason Smathers; Graphic: Kate Golden/Wisconsin Center for Investigative Journalism

PART ONE OF THREE IN A SERIES

Over the next two weeks, the Center is exploring gaps in Wisconsin’s emergency preparedness to explore the question: A decade after 9/11, are we safer?

La Crosse Fire Chief Gregg Cleveland says his firefighters could be at risk for injury or death in certain rescue situations, if specialized federally funded training is cut.

Kristin Gunther, a state policy analyst who helps agricultural businesses plan responses to contamination or disruptions in the food supply, wonders whether her program will soon end.

Milwaukee Fire Chief Mark Rohlfing is unsure how southeastern Wisconsin will find new resources to prevent and respond to large-scale disasters now that a federally funded Milwaukee-area security program is in jeopardy.

That’s because federal funding for much of the state’s homeland security effort, designed to prepare and protect Wisconsin in the event of terrorist attacks and other emergencies, is being drastically cut as Congress focuses on states that are more likely terrorism targets.

The grant programs were launched in 2002 as a response to the Sept. 11, 2001 terrorist attacks on the World Trade Center and Pentagon.

A decade after the 9/11 attacks, Wisconsin is better prepared to prevent and respond to terrorism and natural disasters, experts say, thanks in part to more than $425 million in federal money allocated for state homeland-security efforts.

Local and national experts interviewed by the Wisconsin Center for Investigative Journalism agree that the initiatives have enhanced emergency response and safety throughout the nation. But they sharply disagree about whether budget cuts proposed by Congress are a good idea.

Brig. Gen. Donald Dunbar, head of Wisconsin’s Homeland Security Council, says the state has made significant progress in preparedness since 9/11, but acknowledges the reduction in funding could harm some of those efforts.

“The drop in fiscal support will clearly affect our ability to address our priorities and may eliminate entire programs,” Dunbar says.

Michael Greenberger, director of the Center for Health and Homeland Security at the University of Maryland, says the drawdown of federal support will undermine state and local emergency response nationwide.

“It is already going on throughout the country,” Greenberger says. “We’re not talking about homeland security — we’re talking about traditional public safety, and that’s being eroded, day by day.” 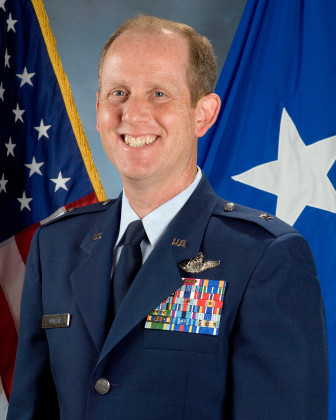 Matt Mayer of the Heritage Foundation, who formerly headed the federal Homeland Security Office of Grants and Training, says the cuts mean the nation is focusing its resources on heavily populated urban areas most at risk for man-made or natural disasters.

“We should stop sending money to Montana and Wyoming, significantly cut the money going to Wisconsin or Ohio,” says Mayer, a visiting fellow for the conservative think tank. “That’s not to say you won’t have a lone wolf incident in the Mall of America next to you … but no amount of money will help stop that.”

Wisconsin’s homeland security funding has declined sharply, from a height of more than $75 million in 2004 to between $16 million and $26 million this year. Such funding pays for hazardous materials response training, supports intelligence-gathering centers in Milwaukee and Madison and allows local agencies to buy equipment, such as the $400,000 mobile Emergency Command Center purchased by Dane County in 2004.

In May, the U.S. Department of Homeland Security announced it was cutting 33 cities out of 2011 funding for the Urban Areas Security Initiative, a federal grant program that funds multi-jurisdictional terrorism prevention, including personnel, equipment and training, for urban communities at high risk of attack. The Milwaukee-area program, which covers a five-county region in southeastern Wisconsin, was among those cut.

Rohlfing says the program helps first responders by paying for better equipment, including an emergency response vehicle for the fire department and a boat to patrol the Lake Michigan shoreline. The funding also provides for multi-jurisdictional exercises to prepare for terrorist attacks or other mass casualty disasters.

Rohlfing hopes funding could be restored to Milwaukee.

“(The decision on) who gets funded is made on a federal level, and this year that battle was won by those areas that get the lion’s share of the dollars,” Rohlfing says. He adds that the case needs to be made that in Milwaukee, “ ‘We don’t need 100 million like New York City, but we do need help to prepare for these regional and national events.’ ”

Even without funding moving forward, the program will not come to a grinding halt, says Greg Engle, homeland security program director for the state Office of Justice Assistance. He says the program likely will sustain itself for a time with grant money it has already received.

However, once that money is spent, the future of the urban-preparedness program is uncertain. Engle says it will be tough to find money for certain items, such as the Milwaukee fusion center, which serves as a regional intelligence hub for local, state and federal law enforcement.

“I think we’re just going to have to continue to work with them … to try and meet their needs as best we can, but it’s difficult,” Engle says.

And the pot of money Engle would draw on for that support is also in jeopardy. 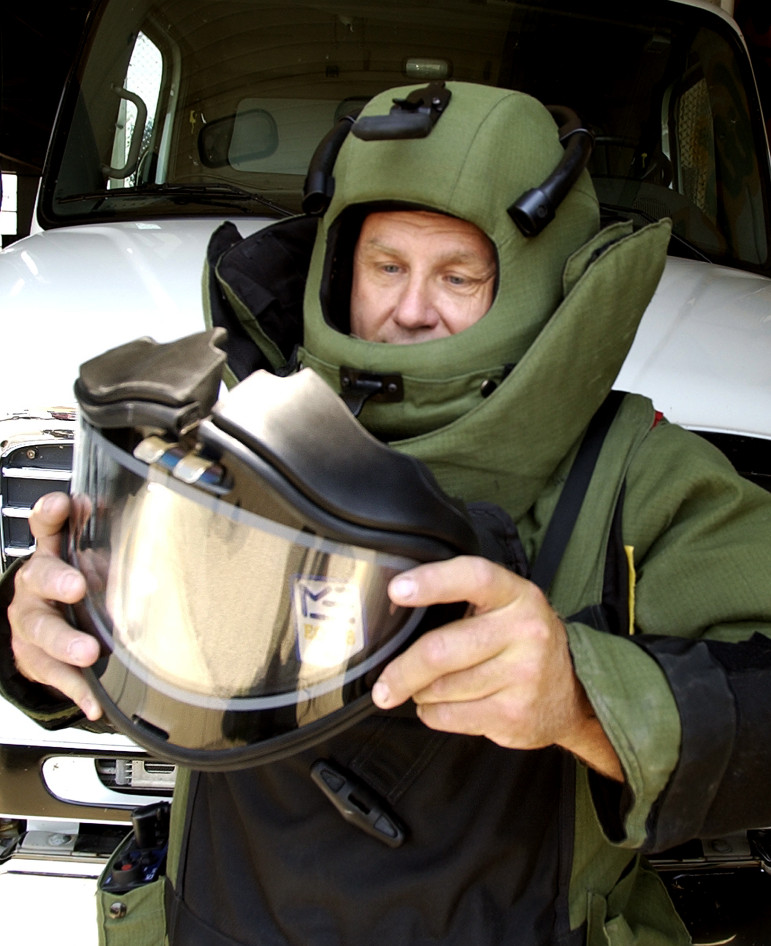 Sgt. Todd Zehms of the Brown County Sheriff's Department dons a bomb squad suit in a demonstration of equipment obtained through Department of Homeland Security grants. Courtesy of the Green Bay Press-Gazette

In June, the U.S. House of Representatives passed the 2012 homeland security appropriations bill, reducing overall funding by $1.1 billion to $42.3 billion. Funding for state and local grant programs would be cut in half.

In addition, the state’s share of firefighter assistance grants from the Federal Emergency Management Agency have dropped more than 50 percent over the past few years. In 2007, fire departments across Wisconsin received about $21 million in federal funding to buy equipment, hire staff and other expenses. In 2010, that amount was $10 million.

In Wisconsin, funding that provides some protection for infrastructure at risk of terrorist attack, such as power plants and water supplies, also has been eliminated this year, as has a specific federal grant for planning and training to improve emergency communications.

Funds flowing to Wisconsin could drop even further.

U.S. Rep. Robert Aderholt, R-Alabama, sponsored the bill that cuts state homeland security grants. Aderholt estimated that $13 billion in state and local grants dating back to 2005 still had not been spent. He said the grant program needs to shrink until the department spends down the balance and can demonstrate that money has been used effectively. 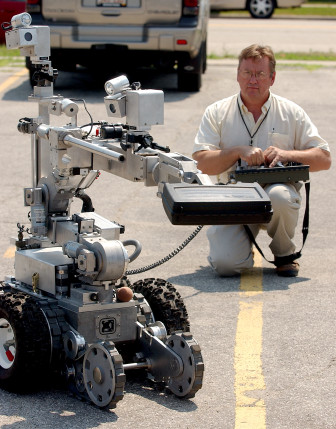 “I know how important first responders are to our nation’s preparedness – we all see it every day,” Aderholt said on the House floor. “But we simply cannot keep throwing money into a clogged pipeline when our debt is soaring out of control. I believe it’s our duty to reform these grant programs.”

Brian Jackson, a scientist for the RAND Corporation who specializes in terrorism preparedness, says there was such a rush to spend money to protect the nation in the wake of 9/11 that there was little focus on “building in” evaluation efforts to track programs effectiveness. Without that information, he says, the impending budget cuts could be made without any real direction.

“Particularly if we cut without knowing, there is the risk that we will cut things that are effective and valuable,” says Jackson, whose group provides nonpartisan research on topics including national security. “That said, there are probably areas in security programs where we are spending more than we need to be spending.” 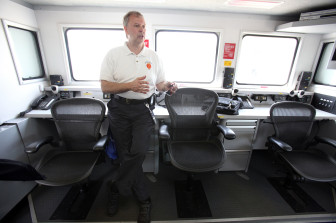 Collapse rescue training is one of four priority areas designated by the state Office of Justice Assistance as essential, regardless of budget cuts. The others are statewide training and exercises, quick-response teams for high-risk standoffs, terrorist attacks or other emergencies, and the Madison fusion center. But Engle admits he’s not sure there will even be enough federal funding to fully sustain them.

Cleveland, the La Crosse fire chief, says his firefighters have benefited from specialized training paid for with homeland security funds, such as the training that helped responders carefully search unstable and collapsed buildings after tornadoes hit their city in May.

Before training, “firefighters were putting themselves at risk,” Cleveland says. “That results in injuries and potentially fatalities because they don’t have the expertise of doing this.”

Further funding cuts to state and local programs also mean the state may have to shutter some programs altogether, such as the food and agricultural security initiative led in part by Gunther.

The lack of funding for agricultural security doesn’t necessarily match the risk, as the industry is one of the few sectors to recently sustain an attack that some consider an act of agro-terrorism.

In 1996, police in Berlin, located 20 miles west of Oshkosh, got an anonymous tip that animal feed at a National By-Products plant had been contaminated with pesticide. State and local agencies tracked down the contaminated food stock, but not until it had been distributed to 4,000 farms across four states. Officials were forced to destroy $4 million worth of feed due to uncertainty as to which bundles were contaminated.

The perpetrator — identified in the federal documents as Brian “Skip” Lea, who had a business relationship with National By-Products — struck again in 1997 by attempting to contaminate restaurant grease used to make animal food, but was caught in 1999.

But Gunther says there is no “long-term vision” for the food-security initiative beyond 2012. Gunther is one of two policy analysts working for the state Department of Agriculture, Trade and Consumer Protection helping government and businesses train for agricultural disasters and draw up emergency response plans for Wisconsin’s dairy industry.

If the program ends, Gunther says response to threats to food safety or agriculture will again be spread across several agencies, and there will be no assurance that training or disaster planning will be kept up to date.

“I don’t want to suggest that the agency will be left unprepared,” she says. “It’s just that the resources that we now provide to enhance those basic efforts will no longer be available.”

Navigation: Choose the tabs below to see more details about the funds that have flowed to Wisconsin, from firefighting assistance to terrorism-specific funds.http://public.tableausoftware.com/javascripts/api/viz_v1.js Jason Smathers can be reached at jsmathers@wisconsinwatchmediapartners.wpcomstaging.com. Reporter Sarah Karon contributed to this report. The nonprofit and nonpartisan Wisconsin Center for Investigative Journalism (www.WisconsinWatch.org) collaborates with Wisconsin Public Television, Wisconsin Public Radio and the UW-Madison School of Journalism and Mass Communication and other news media. All works created, published, posted or disseminated by the Center do not necessarily reflect the views or opinions of UW-Madison or any of its affiliates.

One thought on “A decade after 9/11 attacks, Wisconsin’s homeland security spending falls sharply”