10:15 p.m. June 25 and 9 a.m. June 26: This story was updated to reflect a Milwaukee Journal Sentinel report of a statement from Justice Prosser denying the allegations, followed by a report that Justice Bradley has affirmed that a physical altercation took place and disputed the assertions of others that the contact was incidental.

Wisconsin Supreme Court Justice David Prosser allegedly grabbed fellow Justice Ann Walsh Bradley around the neck in an argument in her chambers last week, according to at least three knowledgeable sources. But other sources have offered a conflicting account, and Prosser on Saturday declared that the claims, once investigated, will be “proven false.”

Details of the incident, first disclosed Saturday morning in a joint report by Wisconsin Public Radio and the Wisconsin Center for Investigative Journalism, remain sketchy. The sources spoke on the condition that they not be named, citing a need to preserve professional relationships. 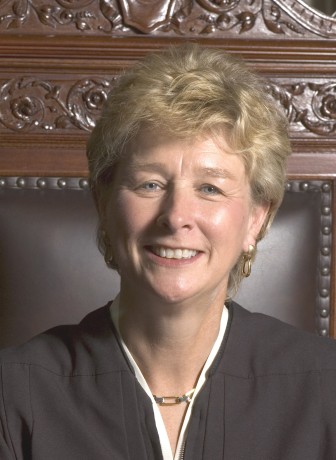 The Milwaukee Journal Sentinel, in an article published late Saturday, reported that the incident took place in Justice Bradley’s chambers on June 13, the day before the court issued its decision upholding a bill to curtail the collective bargaining rights of public employees.

The sources who spoke to the Center and WPR said an argument about that ruling culminated in a physical altercation in the presence of other justices. They say Bradley purportedly asked Prosser to leave her office, whereupon Prosser grabbed Bradley by the neck with both hands.

Prosser, contacted Friday afternoon by the Center, declined comment: “I have nothing to say about it.” He repeated this statement after the particulars of the story — including the allegation that there was physical contact between him and Bradley — were described. He did not confirm or deny any part of the reconstructed account.

Late Saturday, the Milwaukee Journal Sentinel reported, Prosser issued a statement: “Once there’s a proper review of the matter and the facts surrounding it are made clear, the anonymous claims made to the media will be proven false. Until then, I will refrain from further public comment.”

Bradley, contacted by WPR on Friday, declined comment, saying “I have nothing to say.”

The Journal Sentinel quoted a source who alleged that Prosser aggressively put his hands around Bradley’s neck, though did not exert pressure. It also quoted sources who disputed this, including one who said Prosser made incidental contact with Bradley’s neck as he put up his hands in a defensive posture as Bradley rushed toward him “with fists up.”

Amanda Todd, spokesperson for the court, sent an email to the full court on Friday afternoon informing them of the Center’s media inquiries on the matter. Reporters also contacted each justice individually. As of the end of day Saturday, none of the justices has publicly commented, except for Prosser in his statement.

The sources say Capitol Police Chief Charles Tubbs was notified of the incident. One source says Tubbs came in to meet with the entire Supreme Court about this matter. Tubbs, contacted by Wisconsin Public Radio, declined to comment. But Saturday he told WPR he would issue a statement on Monday.

Sources also say the matter was called to the attention of the Wisconsin Judicial Commission, which investigates allegations of misconduct involving judges. James Alexander, executive director of the commission, said Friday that “we can neither confirm nor deny” that the incident was under investigation. “The commission hasn’t given me any authority to make any confirmation.”

The Judicial Commission was created by the Supreme Court in 1971 to “discipline and correct judges who engage in conduct which has an adverse effect upon the judicial administration of justice and the confidence of the public and the judiciary and its process.” It investigates possible violations of the Code of Judicial Conduct, officially Chapter 60 of the Supreme Court Rules, with ultimate decisions on discipline being imposed by the Wisconsin Supreme Court.

Chapter 60 states that judges are required to “uphold the integrity and independence of the judiciary” and “avoid impropriety and the appearance of impropriety” in all activities. And Chapter 62 requires judges and other court personnel to “be civil in their dealings with one another” and “abstain from any conduct that may be characterized as uncivil, abrasive, abusive, hostile or obstructive.”

Judicial Commission investigations are confidential, unless it issues a formal complaint against a judge. But the commission’s rules also state, “Should a complaint or investigation become known to the public, the Commission may issue a brief statement to confirm its pendency, clarify the procedural aspects of the proceedings, state that the judge denies the allegations,” and provide other basic information.

Prosser, 68, a former Republican legislator who served as Assembly Speaker, was appointed to the court in 1998 by Gov. Tommy Thompson. He won a high-profile April election that was often cast as a referendum of sorts on the policies of Republican Gov. Scott Walker, including his effort to strip most collective bargaining rights from public employees. Prosser, after a recount, defeated challenger JoAnne Kloppenburg by 7,000 votes out of nearly 1.5 million cast.

The decision was released late in the afternoon June 14, only eight days after the court heard oral arguments on the case. On June 13, Assembly Speaker Jeff Fitzgerald, R-Horicon, had suggested that the court could rule on the matter soon, saying his party intended to introduce the changes as a budget amendment the following day if the court did not act by then.

The 4-3 decision, which held that Dane County Judge Maryann Sumi overstepped her authority in voiding the bill, was notably contentious. Chief Justice Shirley Abrahamson wrote a stinging dissent chiding the majority for “hastily reaching judgment” on a ruling that was “disingenuous, based on disinformation,” “lacking a reasoned, transparent analysis” and laden with “numerous errors of law and fact.”

Abrahamson singled out Prosser for criticism, calling his concurrence “long on rhetoric and long on story-telling that appears to have a partisan slant. Like the order, the concurrence reaches unsupported conclusions.” She said the ruling “seems to open the court unnecessarily to the charge that the majority has reached a pre-determined conclusion not based on the facts and the law… .”

In March, the Milwaukee Journal Sentinel reported that, in a disagreement over a case last year, Justice Prosser had called Justice Abrahamson a “total bitch” and threatened to “destroy” her. Prosser, the paper reported, confirmed making the remarks, saying he “probably overreacted” while accusing Justices Abrahamson and Bradley of being “masters at deliberately goading people into perhaps incautious statements.”

The Milwaukee Journal Sentinel reported late Saturday that Justice Bradley has affirmed that a physical altercation took place and disputed the assertions of others that the contact was incidental.

“The facts are that I was demanding that he get out of my office and he put his hands around my neck in anger in a chokehold,” Bradley told the Journal Sentinel.

And in response to the conflicting interpretation offered by unnamed sources, that Prosser put up his hands defensively as she rushed toward him, Bradley told the paper: “You can try to spin those facts and try to make it sound like I ran up to him and threw my neck into his hands, but that’s only spin.”