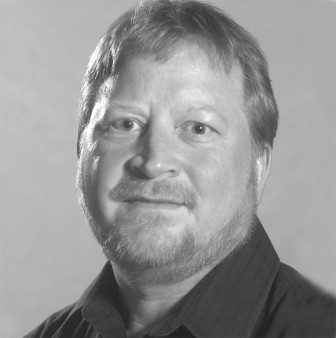 Award-winning journalist Bill Lueders, the longtime news editor of Isthmus weekly newspaper in Madison, is joining the staff of the Wisconsin Center for Investigative Journalism, to lead a new project examining the influence of money in Wisconsin state politics and policymaking.

Lueders will begin his role in mid-June after 25 years at Isthmus, where he received dozens of state and national reporting awards and authored three books.

“Working in the public’s interest, he’ll shine a light into the operations of Wisconsin’s government.”

At the nonpartisan and nonprofit news organization, Lueders will lead its Money and Politics project and contribute to other investigative work.

The project was in development for more than a year before it was unveiled in April.

Under an agreement with MAPLight.org, a nonpartisan and nonprofit research organization based in Berkeley, Calif., the Center will produce investigative coverage and serve as a resource to news organizations in Wisconsin. The project is supported with a grant from the Open Society Institute.

MAPLight’s engineers have built a website, www.maplight.org/wisconsin, that for the first time combines three databases of information – campaign contributions, legislative votes, and interest group support and opposition – revealing the intersection between money and votes in the Wisconsin Legislature. The site allows users – the public and journalists alike – to customize their searches and download the data.

“No issue is more fundamental to our democracy than the process through which laws, policies and decisions get made,” said Lueders, who since 2004 has served as the elected president of the Wisconsin Freedom of Information Council, a nonprofit, statewide group that works to protect public access to meetings and records.

“My goal will be to use this tremendous new resource to tell stories about how that process works, and how it can be corrupted.”

Lueders, 51, has won statewide honors for legal reporting, investigative reporting, business reporting and interpretative reporting, and national awards for column writing and reporting on animal issues. He is the author of three books: An Enemy of the State: The Life of Erwin Knoll, Cry Rape: One Woman’s Harrowing Quest for Justice, and Watchdog: 25 Years of Muckraking and Rabblerousing.

About the Center: The Wisconsin Center for Investigative Journalism (wisconsinwatch.org) was launched in January 2009 to examine government integrity and issues affecting the quality of life of Wisconsin residents. It currently has two full-time employees – Hall and reporter Kate Golden – as well as a pool of volunteer journalists and media lawyers and paid student reporting interns.

The Center is based in the School of Journalism and Mass Communication at the University of Wisconsin-Madison. It collaborates with Wisconsin Public Radio, Wisconsin Public Television, and mainstream and ethnic media across Wisconsin and the nation.