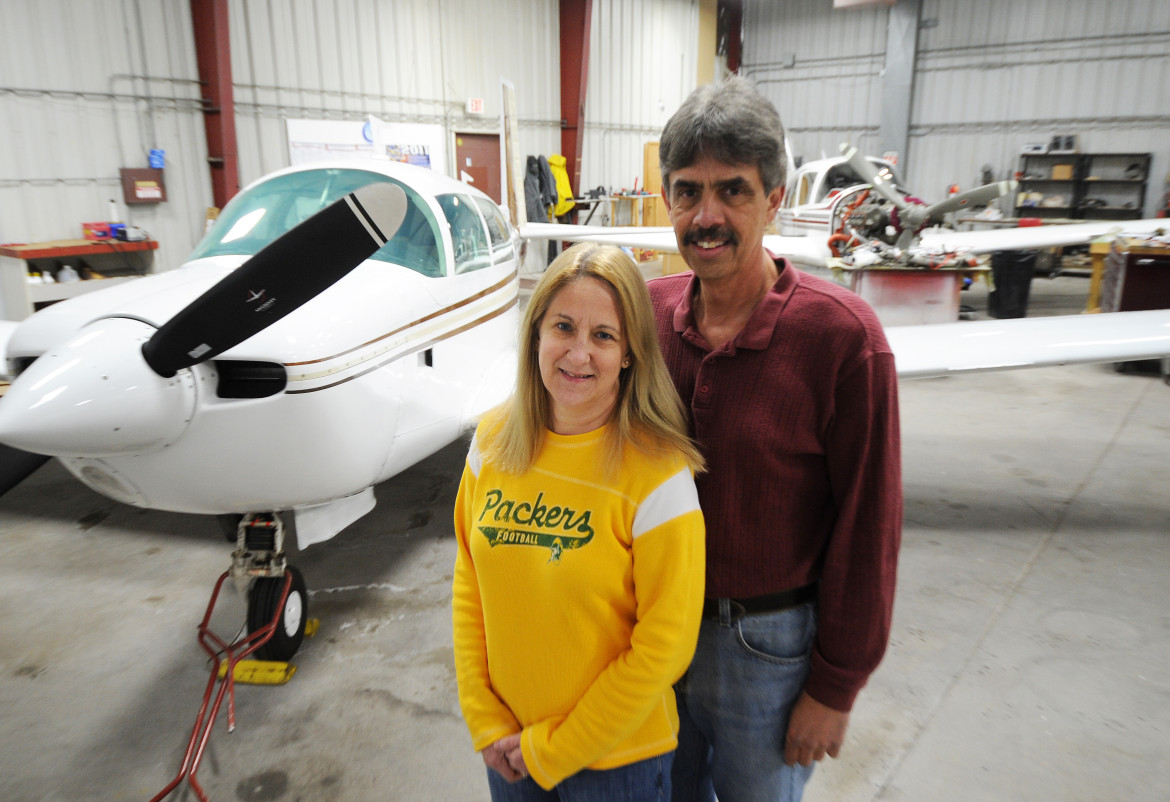 "We thought we missed him. And then we heard the clunk," Merrill resident Karen Drost says of the July 28, 2010 collision of a Cessna 210 piloted by her husband, Doug, with a deer at the Shell Lake airport in northwestern Wisconsin. The plane, not shown, received $12,000 in damage.

Smash hits: Pilots’ close encounters with wildlife
Reporters assembled some of the wildest moments from databases or interviews.

Just as Doug Drost was landing at the Shell Lake airport, his wife, Karen Drost, saw something hurtling out of the darkness toward their Cessna 210. Something big. “Deer, deer, deer!” she screamed.

“He just came running full bore,” she said. “It’s not like a car, where you can hit your brakes. We thought we missed him. And then we heard the clunk.”

That July 28, 2010 hit on the northwestern Wisconsin runway — which caused $12,000 in damage — is a story that plays out over and over in this increasingly deer-ridden country.

Since the “Miracle on the Hudson” emergency landing of a U.S. Airways jet two years ago, the danger that birds pose to aircraft has become common knowledge nationwide. Pilots report thousands of bird strikes a year.

But there’s a lesser-known threat from other wildlife, and it varies from state to state: Texas has a bat problem, while Florida pilots have hit dozens of turtles and alligators. In Wisconsin, it’s deer.

Deer strikes are comparatively rare, but when deer and aircraft do collide, look out. In Alabama in 2001, a Learjet hit two deer and burst into flames, injuring both pilots.

Nationally, deer strikes accounted for about 10 percent of the hits that caused substantial damage to a plane since 1990, according to the Federal Aviation Administration’s Wildlife Strike Database.

By contrast, in Wisconsin, 54 percent of the reported crashes causing substantial damage involved deer. The others were mostly geese and gulls.

In all, there were 50 deer strikes or near-misses accounting for just 4 percent of all 1,155 wildlife incidents in the state since 1990. Yet the deer collisions accounted for two-thirds of all reported damage costs.

Airport managers often use noisemakers like these "screamers" and "bangers" to scare large wildlife off the runways. Kate Golden/WCIJ

Airport managers all over Wisconsin said deer and other large animals, including coyotes and turkeys, have been a persistent problem over the years.

For some managers, wildlife on the runway is their number-one safety concern. They’ve resorted to sharpshooters, cannons, even a bushel of apples outside the airport fence. Tall fencing, a more permanent solution, is costly — and sometimes isn’t added until after a big accident has already happened.

“At all airports, virtually all airports, you always have to be on the lookout for wildlife,” said pilot and Watertown Municipal Airport Manager Jeff Baum, one of the 15 airport managers interviewed for this report. “Personally, I’ve hit deer, I’ve hit fox, I’ve hit pheasants, I’ve hit geese, ducks.”

Ed Simpson, manager of the Camp Lake airport in Kenosha County, said, “In rutting season, it (deer) is probably the highest risk. When they’re running around in love, they don’t watch things.”

Over the past few decades, air traffic has risen while the U.S. deer population has more than doubled.

One-third of Wisconsin’s 133 public airports are listed in FAA records with standing warnings about deer in the area. The Burnett County Airport in Siren lists bear as one of the wildlife hazards.

“Probably the most dangerous issues we face here are animals,” said Mike McCord, manager of the Clintonville Municipal Airport in Waupaca County.

Yet most wildlife strikes are never reported to FAA’s voluntary database, researchers say.

The FAA estimates 61 percent of strikes aren’t reported. General-aviation airports, which serve smaller aircraft, are thought to have the lowest rate of reporting — and are the most common type of airport in deer-dense areas of Wisconsin.

For instance, in March 1999, a small business aircraft hit a herd of deer at dusk at Superior’s Richard I. Bong Airport, causing $8,000 in damage. The account said it was the sixth deer strike there in the past 10 years. But it’s the only one listed in the FAA database.

Johnson Insurance Service Vice President Jeff Rasmussen said his company, which insures about 15 percent of the registered aircraft in Wisconsin, gets one or two claims each year for damage from wildlife strikes. 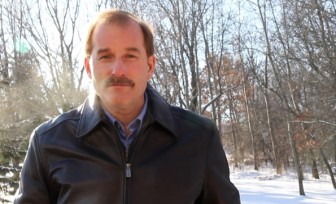 Wisconsin pilots know to take an extra pass at certain airports to see what might be running across the tarmac. But that strategy is not infallible, as Ron Purvis knows.

Over the years, the Boyceville-based pilot has hit two deer, a turkey and an eagle, the latter two with student pilots at the controls.

And recently, he said, “Three deer ran across from us, and we slid to a stop. We ended up crossways across the runway. … Once that happens, you’re just along for the ride.”

Few wildlife strikes are as dramatic as what Jeff Skiles, the Oregon, Wis., co-pilot of the “Miracle on the Hudson” flight, experienced. A flock of geese flew into the U.S. Airways jet engines in January 2009, forcing the pilots and their 155 passengers to land on the water in New York City.

Closer to home, Skiles said, he’s never seen any deer on the small airport where he keeps his personal plane. “I’ve never known anybody that ran into a deer, either,” he said. 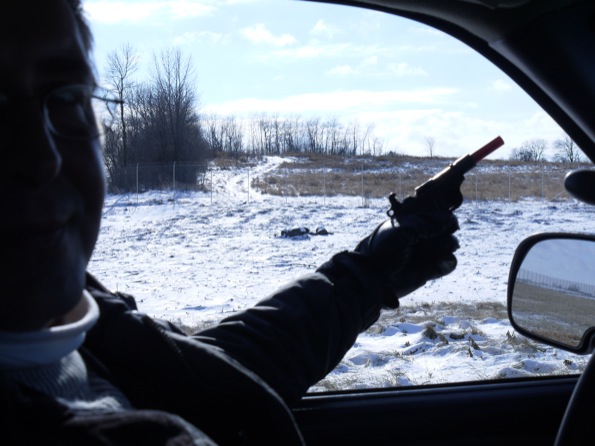 Waukesha County Airport Manager Keith Markano keeps a small pistol and a stash of noisemakers known as "screamers" and "bangers" in his airport truck, in case an errant deer or coyote is seen on the runway. Kate Golden/WCIJ

Airport managers from many small airports said they periodically hop in their trucks and drive down runways to scare off wildlife before clearing a plane to land. Even then, the pesky animals sometimes wander right back on.

Managers have developed quite an arsenal to deal with them.

Many have pyrotechnic noisemakers, shot out of a small pistol, known as “screamers” and “bangers.” Some use remote-controlled cannons. With permits, they also can shoot wildlife. Sharpshooters have taken 85 deer from the Portage Municipal Airport over the past decade, manager John Poppy said.

Most of these options require people to be present at the airport. But small airports and airstrips sometimes are unattended, leaving pilots to wait out or scare off the deer themselves.

Fences, though expensive, are the best defense.

“Our fencing has done wonders,” said McCord of Clintonville, which got a $275,000 fence in 2002. “Before that, the wildlife could come and go as they pleased.”

But many small airports and airstrips in Wisconsin are unfenced — sometimes by choice, to make them welcoming to the community, and sometimes because of cost.

Poppy said he can set his watch by the turkeys that cross the unfenced Portage airport runway twice a day. The airport has seen several strikes — Poppy himself once had to swerve around deer after touching down. But because the city plans to build a new airport, the current facility probably won’t be getting a fence, he said.

And those barriers are far from impenetrable. At Clintonville, the latest deer-aircraft collision was the day after Thanksgiving. 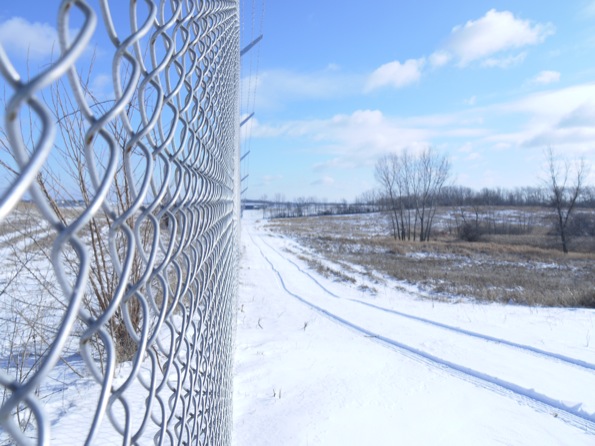 Waukesha County Airport Manager Keith Markano used to see deer spring over the six-foot fence "like it was nothing." Last fall, the sections near deer habitat — which is seen on the right in December 2010 — were replaced with more deer-proof 10-foot fencing. Kate Golden/WCIJ

For years, Waukesha County Airport Manager Keith Markano routinely saw deer hop over the 6-foot fence there “like it was nothing.”

In 1996, a Learjet pilot hit a coyote while landing at Waukesha and reported it to NASA’s Aviation Safety Reporting System, where pilots anonymously log all sorts of safety problems. It was the first of two plane-coyote hits that day at Waukesha, the NASA safety analyst discovered. 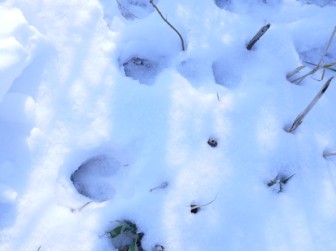 The pilot complained that “coyotes and deer have been a problem at this airport for many years” and speculated that “it will take a major accident to get any action.”

Last fall, Waukesha finally replaced some of its short fence with 10-foot-tall sections, at least in the spots where airport meets deer habitat.

Markano is pleased. He said animals have been scarce on the grounds since the taller fence went in. But he knows that no matter how tall the fence is, the coyotes could still dig under it.

5 thoughts on “Deer, coyotes and turkeys, oh my!”