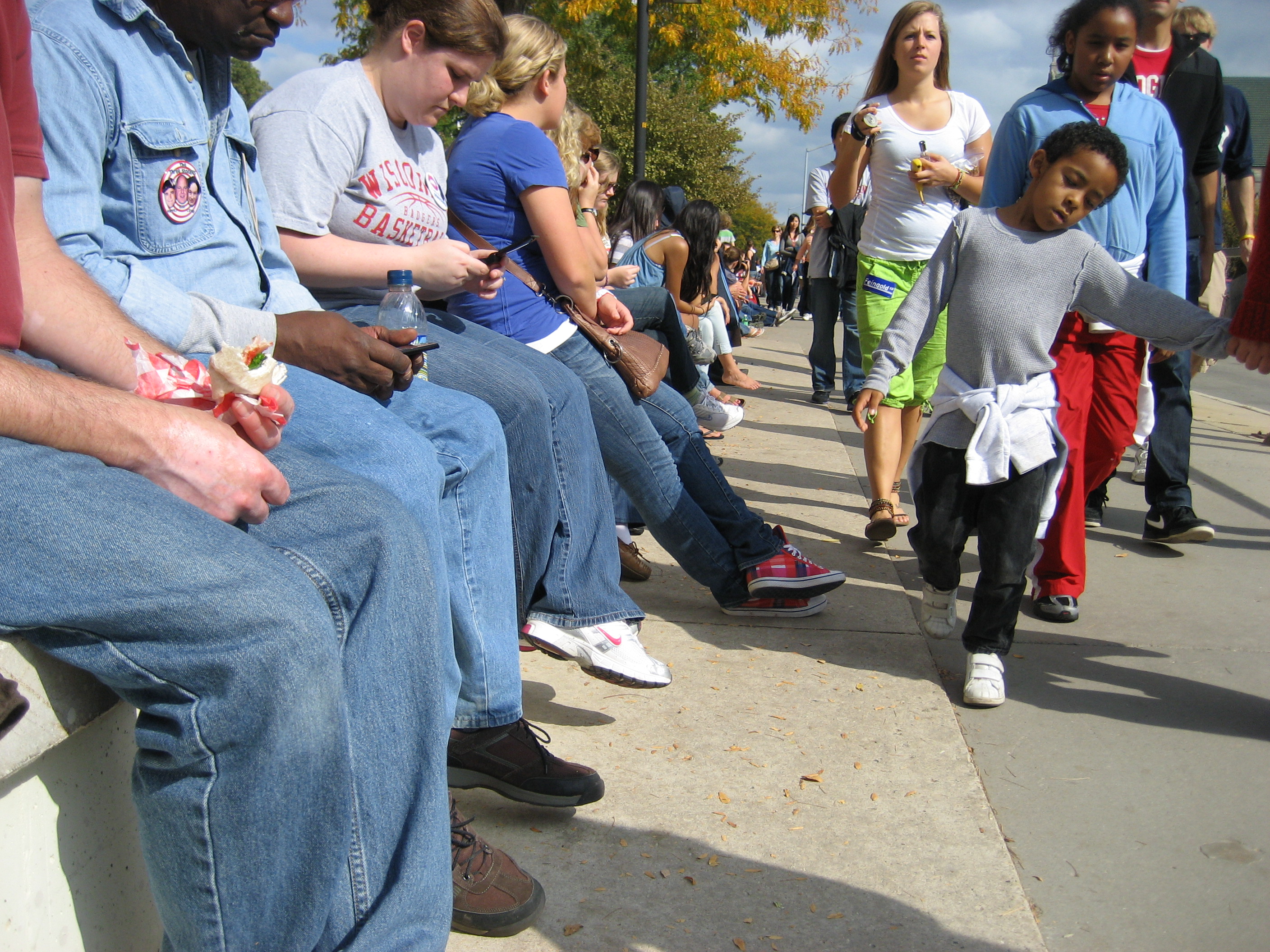 Prior to President Barack Obama's appearance at UW-Madison on Sept. 28, hopeful attendees formed a line that wound more than a mile through campus streets. Allie Tempus/WCIJ

President Barack Obama’s appearance in Madison on Sept. 28 motivated a crowd of more than 26,500 to wait out much of the afternoon in a mile-long line. He told the crowd, amid cheers, to “stay fired up” and not “sit this one out” when it comes to the 2010 midterm elections, despite rumors of an “enthusiasm gap” between Democratic and Republican voters in this state.

But now, a week since the President’s visit, Wisconsin is left with an important question: Why Madison? 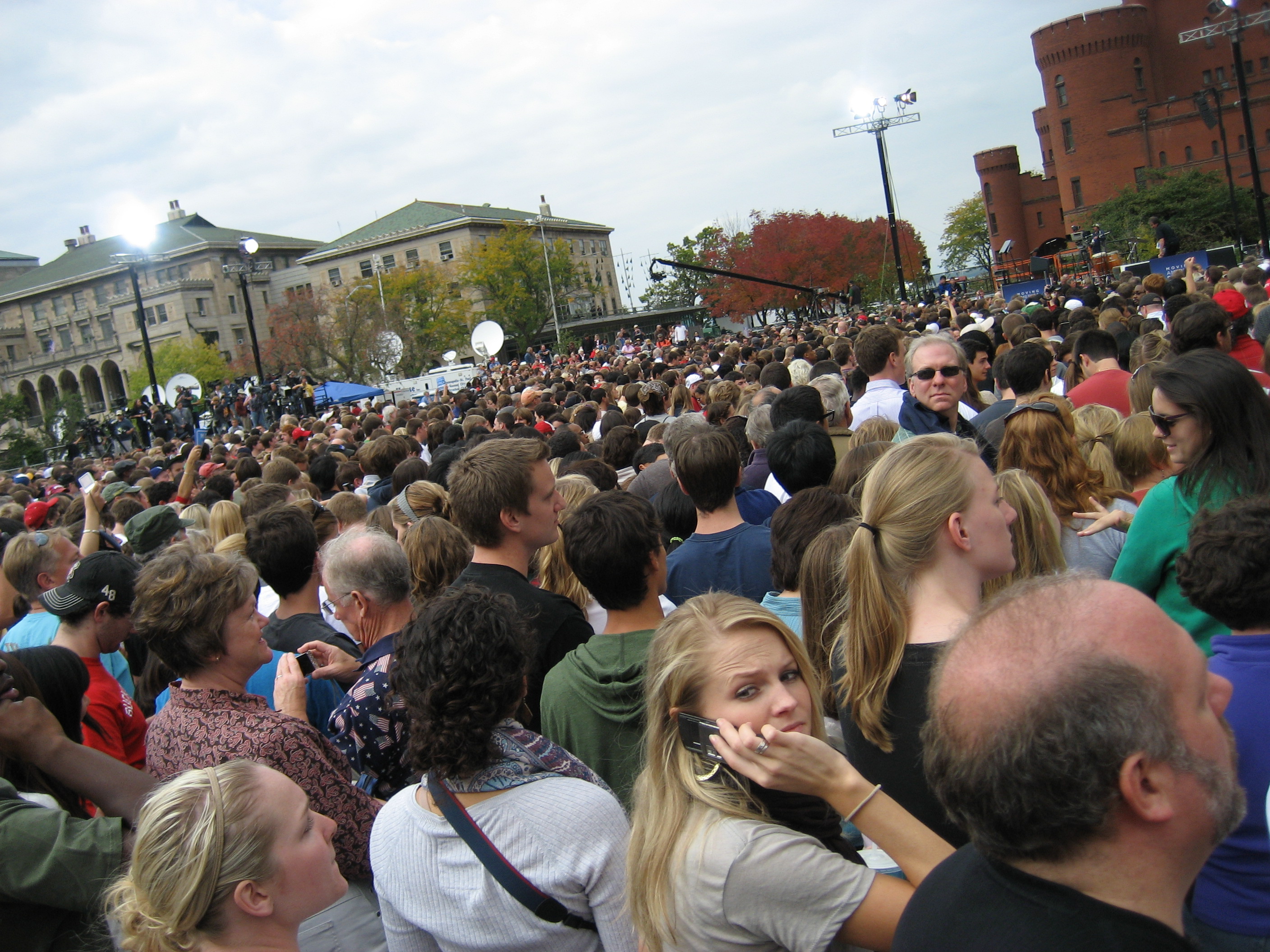 A crowd of around 17,000 swelled into UW-Madison's Library Mall to hear President Barack Obama speak on Sept. 28th, with another 9,000 overflowing onto the Bascom Hill lawn. Allie Tempus/WCIJ

1) While Madison is a traditionally liberal city, Dane County is especially fertile ground for Democrats during a midterm election. Franklin explained that in the most recent midterm election in 2006, Gov. Jim Doyle netted 90,000 more votes in Dane County than went to the Republican candidate Mark Green, winning the county by a 40-point vote margin (compared to a 6-point vote margin statewide). In Milwaukee County, which is considerably larger, Doyle won by a 24-point margin, netting 80,000 more votes than Green.

In a presidential election year, Democrats generally receive more net votes in Milwaukee County because it has the largest population. But in midterm elections, Franklin said, Dane County is “a pretty consistent No. 1 source of net Democratic votes.” Franklin noted that Milwaukee and Dane Counties together netted around 170,000 votes for Doyle, carrying him to victory in the 2006 election in which he won by about 150,000 votes.

“If you’re a Democrat looking for a target-rich environment, a place where you can run up the score, Dane County is the best place to start,” Franklin said. “This year especially with Scott Walker being from Milwaukee, there’s good reason to believe it’s going to be hard for the Democrats to run up anything like the 80,000 vote margin that they got in Doyle’s case. So if there’s any chance of Democrats winning statewide, it’s got to at least start with a very good performance in Dane County.”

Franklin said that 2012 is far enough away that Obama’s appearance has more short-term benefits — but “if he can keep Feingold in the Senate and help Barrett be governor, then those will both pay due to him in two years,” Franklin said. “If both of those lose, then he’s got a Wisconsin that’s much less friendly to Democrats — and, especially in the governor’s office, somewhat less friendly to his administration.”

3) The effort to get youth voters to the polls in 2010 may  reenergize Obama’s 2008 base. A day prior to his UW-Madison campus visit, Obama held a conference call with student journalists. At the event itself, the President acknowledged the young people in the audience when he asked all those under age 26 to raise their hands. “Every single one of you, when you get out of college, if you have not found a job that offers you health care, you’re going to be able to stay on your parents’ health care until you’re 26 years old, so you don’t end up taking the risk of getting sick and being bankrupt,” Obama said, to applause from the student-dominated crowd.

In the 2006 midterm election, as noted by the Milwaukee Journal Sentinel’s Craig Gilbert, the percentage of Wisconsin’s electorate under age 30 who voted was the highest in any state at 17.4 percent. Yet Franklin said Obama, while able to move a university and a city to its feet, still may not be able to move young voters to the polls.

“He’s fighting the history of young people dropping out more in the midterm, and it’s an open question whether he can reverse that or not, even in Dane County,” Franklin said. “But that’s clearly where they have to try.”