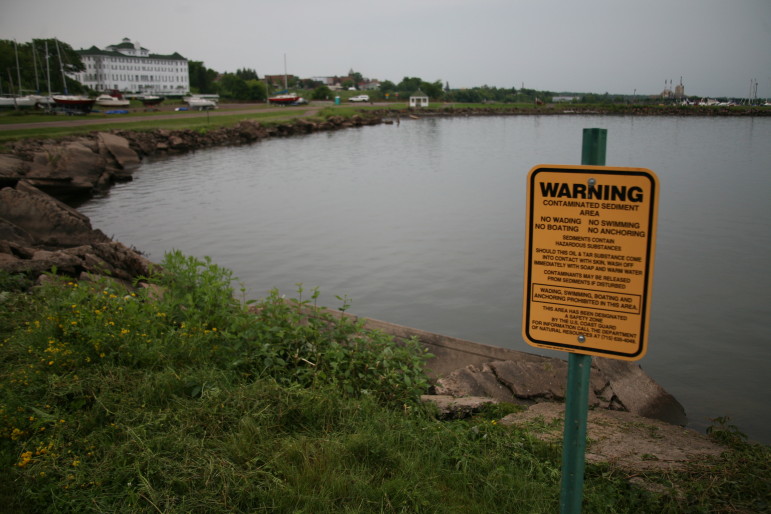 Main story Toxic Legacy: Century-old tar plumes under Lake Superior stir health fears — and a cleanup could be years away

Pep and Joe Kabasa grew up here. Now they live surrounded on three sides by a Superfund site. Click the photo to watch in a new page. 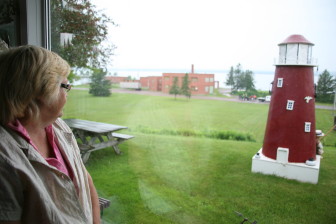 This story on Wisconsin Public Television

In collaboration with the Center, public television reporter Art Hackett produced a two-part series for In Wisconsin on the Ashland site. Read transcripts or watch them online: Part 1, Part 2 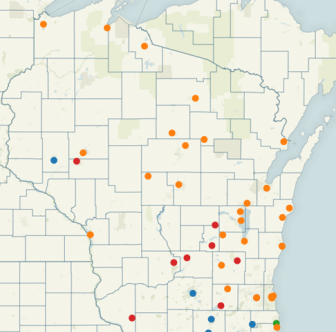 Old manufactured gas plants are all over Wisconsin. Find the ones in your area, and see who’s responsible for cleaning them up.

Whoever is deemed responsible for the century-old toxic waste in Ashland, community residents — and others in Wisconsin — will pay for millions in cleanup costs.

Federal law says the responsible parties have to pay for cleaning up messes. But when the party is a Wisconsin utility, and the mess is a former manufactured gas plant, the utility may pass on much of the cost to gas ratepayers.

Most of the 44 known sites in Wisconsin were public utilities and are still owned by utilities. No site has come close to being as expensive as the estimated $100 million-plus cost of cleanup for Ashland.

Currently, about 0.5 percent of a Wisconsin Xcel Energy customer’s gas bill goes to gas plant cleanups, said to Brian Elwood, an Xcel spokesman. The company has three other sites at La Crosse, Eau Claire and Chippewa Falls. All told, customers have paid $9.5 million so far over the past 15 years for these sites, he said.

And, “It is uncertain how the Ashland cleanup may impact gas rates,” Elwood said.

That’s partly because Xcel believes others, including the city and a railroad company, should pay for part of the cleanup. Whatever portion Xcel ends up paying, the company’s shareholders would be expected to pay only the costs for the interest charges on the money Xcel will borrow to pay for the cleanup. For the Ashland site, that would be at least 45 percent of Xcel’s total costs, company officials estimate.

In the early 1990s, the Citizens Utility Board of Wisconsin argued that utilities’ shareholders — not ratepayers — should have to pay for the companies’ 100-year-old mistakes. But the Wisconsin Public Service Commission decided in 1993 that ratepayers and shareholders would share cleanup costs of MGPs.

The only time stockholders can be forced to pay the whole bill is when citizens can prove the utility acted wrongly, according to CUB’s executive director, Charlie Higley.

Unfortunately for ratepayers, experts say dumping gas plant waste near or in waters including the Wisconsin River and Upper Fox River was a standard practice for decades.

“Assuming that the utilities operated in accordance with the law of the time, it would be almost impossible for us to challenge the recovery of those costs,” Higley says.

The nonprofit Wisconsin Center for Investigative Journalism (www.WisconsinWatch.org) collaborates with its partners — Wisconsin Public Television, Wisconsin Public Radio and the UW-Madison School of Journalism & Mass Communication — and other news media. Kate Golden may be reached at kgolden@wisconsinwatchmediapartners.wpcomstaging.com. Freelance reporters Marissa Monson and Stephanie Lulay contributed to this report.

Controversy over gas plants’ dumping practices dates back at least 100 years. In 1910, a group of Rhode Island oystermen won $17,280 from the Providence Gas Co., claiming gasworks waste in Narragansett Bay had destroyed their livelihood.