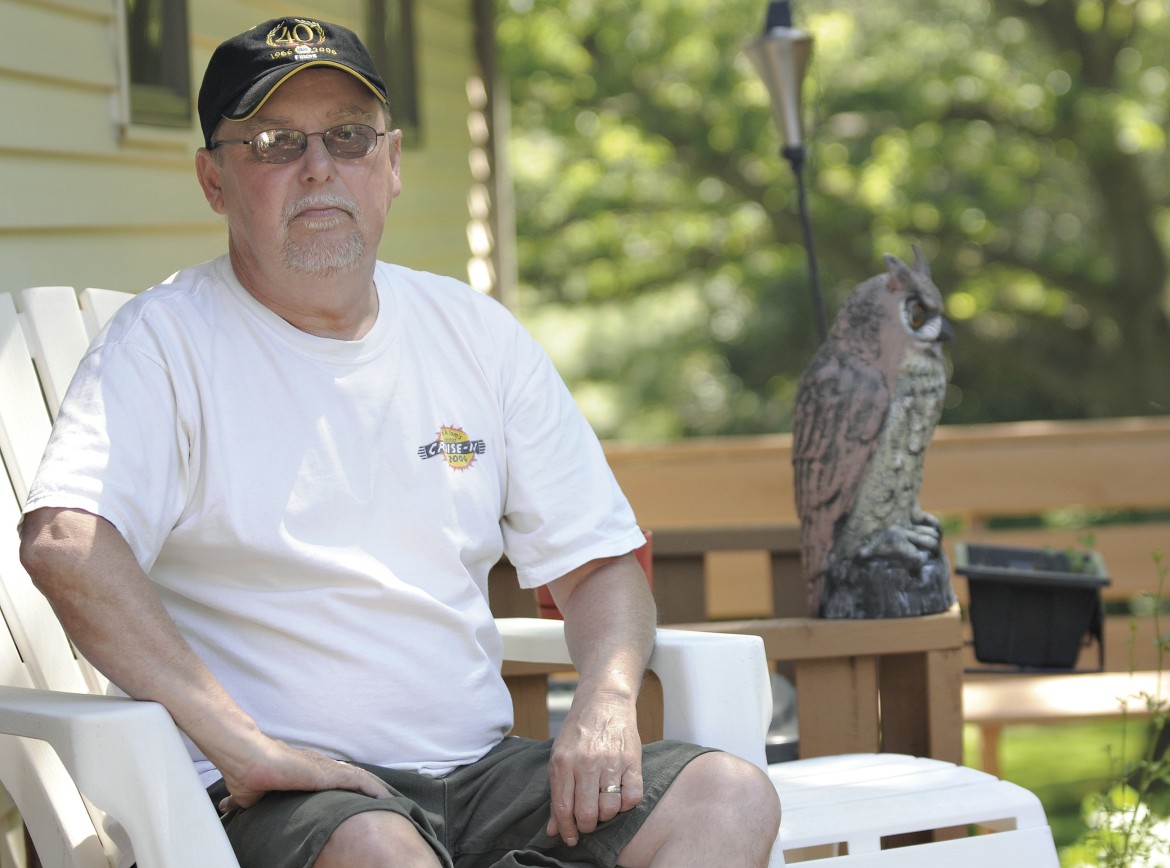 Rich Johnson decided to attend Blackhawk Technical College to work on an associate degree after being laid off from Lear Corp. but stopped soon after due to a back injury. He now is struggling with the loss of health insurance and unemployment benefits. "I wake up in the morning and I think, 'What direction am I going to go today?' Then other days I think 'I'm taking a break ... I'm tired,' " Johnson said.

Benefits are gone, and jobs are hard to find 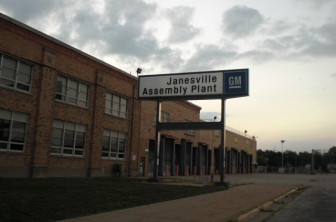 Stories from our partners

JANESVILLE — After two years of unemployment, Rich Johnson has skidded into scary territory.

The Janesville man once earned a solid middle-class salary at Lear Corp., a company that supplied seats to General Motors. When most of the layoffs hit the Janesville plant in 2008, Johnson was laid off from Lear and began counting on state unemployment benefits as a lifeline.

Johnson lost those benefits, which last for 99 weeks, early this year. He lost his subsidized health insurance in May. Johnson didn’t qualify for supplemental unemployment benefits, or “sub pay,” that laid-off GM workers received.

He is rapidly losing faith in the future. He and his wife, Sandy, worry they could lose their home and a comfortable way of life they spent decades building.

Now he doesn’t know what to do.

The 55-year-old is among many in Rock County who’ve endured six months or more of unemployment. They are part of a grim statistic that casts a long shadow over the recovering economy.

Never since the Great Depression have so many unemployed been out of work for so long.

Never have so many applied for so few jobs.

Never have so many asked: What will happen to us?

Nationally, the proportion of people jobless for six months or more now makes up 46 percent of the unemployed. That’s the highest percentage on record, dating to 1948. State and federal officials say local numbers on long-term unemployment aren’t available.

As the jobless lose or exhaust their unemployment benefits, they face challenges unlike anything they ever imagined. Former breadwinners are going to food pantries, running up credit-card bills and asking extended family members for money for the first times in their lives.

They are robbing retirement funds, discovering food stamps and struggling for self-esteem. Some workers believe they will never rebuild the lives they lost but are, instead, learning a new normal based on lower salaries and lower standards of living.

Johnson talks publicly about his tenuous situation because he knows he’s not alone.

Some 8,700 people — nearly twice the average over 20 years — are out of work in Rock County. Hundreds of dislocated workers have reached or are reaching the end of their unemployment benefits. Each has a story of survival in tough times. But they share some things in common: sadness about a way of life that ended with the Great Recession and jitters about the future.

Johnson made a good salary at Lear for almost 14 years. He intended to retire from the company, a supplier of interiors and seating systems to the Janesville GM plant. But when GM shut down, so did all of the local companies tied to it.

For generations, the automaker and its suppliers created an island of good-paying, blue-collar jobs in Janesville. Factory work was almost a birthright, something many young people counted on after high school graduation and for a lifetime.

But when he got laid off, Johnson did what seemed to be the best option. He attended Blackhawk Technical College under a federal dislocated-workers program and got reduced-cost health care. Johnson enrolled in a two-year course to learn refrigeration and air conditioning.

“We managed to survive on unemployment,” he said.

Then back surgery brought his progress to a halt. “It’s been a downhill slide ever since,” he said.

Johnson’s doctor told him he could return to school in January if he was careful. But in one of his hands-on labs, he felt something pull in his back.

“The doctor said no more school until I get better,” Johnson said.

Then he lost his unemployment checks. And he lost his affordable health insurance. The doctor says he needs more surgery.

Meanwhile, Sandy Johnson works part-time doing data entry. A recent two-week paycheck had fewer than 40 hours on it. She worries the hours will continue to dwindle. Sandy has been looking for more stable employment, “but jobs are not easy to come by,” she said.

Rich and Sandy are sitting around the kitchen table in their Harmony Township home, which they bought when times were good.

“I don’t want to lose my house,” he said. “We live in a nice neighborhood. I love my neighbors. I’ve worked 39 years and paid taxes. I’m not looking for pity. I just don’t know what my future holds.”

He glances at Sandy, who is looking down.

“We’ve been living since January on my wife’s income,” he continued. “I’m in therapy. I’m on antidepressants. It seems like I have a dark cloud over my head. I don’t know where to go or what to do. My worst fear is to be unable to provide a roof for my wife.”

He once dreamed of a retirement where he and Sandy could travel and relax. Now, he doesn’t know how much longer they can pay the bills.

“I’ve been told by family members that I am angry and not fun to be around … but walk a mile in my shoes.”
He said he and his friends at Lear were blindsided.

“We all thought we would retire from the company,” he explained. “Instead, when I got laid off, we never got a handshake or a thank you or nothing. It was a day just like any other day when I walked out. I didn’t say anything for fear of breaking down.

“Believe me, there have been many days like it since. My neighbor lady says she prays for me and says that things will turn around.

Pay cuts and a long commute

Aaron and Kim Nightengale are learning to live on less. Both are working, but 41-year-old Aaron has taken a job that pays two-thirds of his old factory work. In July 2008, he got laid off from Lear, where he was earning $21.60 per hour.

For the past year, Aaron Nightengale has been making hot dogs at Oscar Mayer in Madison.

The Nightengales have six children. Three still are dependents. They live in a modest home behind the GM plant, a huge reminder of better times in Janesville. They are working with their mortgage company to reduce their monthly payments.

The Nightengales, like other workers earning less, are adjusting to a new normal.

“If we can’t save up for something, we don’t buy it,” he said. “If I can’t make it or get it for free, we don’t need it. When I worked at Lear, we could take the kids to a water park or out to eat. Now, we have to plan well in advance.”

Despite the struggles, the Nightengales plan to stay put.

“Unless we want to move out of state, this is what we are stuck with,” he said. “But the conversation about moving has never come up. Our families are here. This is where we want to be.”

Kim Nightengale works at a Janesville pharmacy but doesn’t always get 40 hours a week. They depend on a local food pantry to supplement their groceries.

“We have learned to live with the fact that we don’t have the money we used to have,” he said. “It’s not as good as it used to be. But it’s not as bad as some have it.”

The nonprofit Wisconsin Center for Investigative Journalism (www.WisconsinWatch.org) collaborates with Wisconsin Public Radio, Wisconsin Public Television, other news media and the UW-Madison School of Journalism and Mass Communication. All works created, published, posted or disseminated by the Center do not necessarily reflect the views or opinions of UW-Madison or any of its affiliates. This report was prepared in collaboration with The Janesville Gazette and is part of a project also involving WPT and WPR.