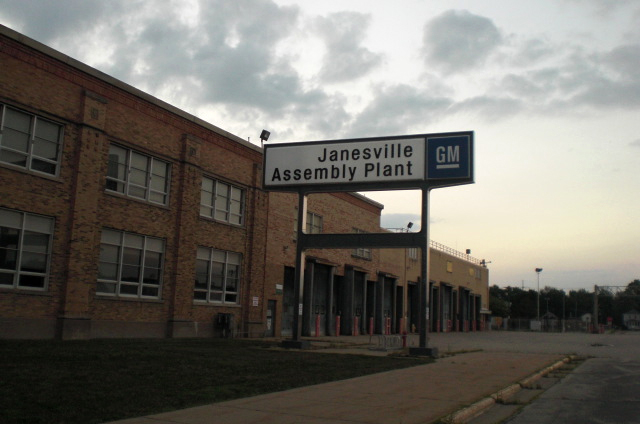 Stories from our partners

Penn Color Inc., a Pennsylvania-based company that makes color concentrates, considered about half a dozen communities in the Midwest before deciding to invest $5 million on a new manufacturing plant and research center in Milton.

The Penn Color plant is one of nearly 30 projects in Rock County valued at about $325 million that have been announced since 2008, when massive layoffs in the automotive industry combined with the recession to send the unemployment rate into double digits.

While other companies may steer clear of an area so down on its luck, the decision to invest in Rock County was easy for the company, said Bob Kaminski, Penn Color’s industry manager for plastics. Kaminski said the county offered Penn Color the best deal it could find, along with a readily available workforce.

Penn Color looked at nearby areas, including Kenosha County. But officials solidified their decision to invest in Milton when Rock County Economic Development Manager James Otterstein showed them how a tax-increment financing program would allow them to buy an industrial site for $1 on which to build the company’s 50,000-square-foot plant.

The plant likely will begin manufacturing early next year. Penn Color hopes to add about 35 jobs to the area in the next five years, Kaminski said.

Companies with roots in Rock County also are expanding. Data Dimensions, for example, a firm that handles data and documents for other companies, has been in Rock County for 25 years. It recently completed a multi-million-dollar data center next to its headquarters in Janesville.

In all, the company employs about 350 in Rock County, including 250 who work out of their homes, company representative Caryn Rhodes said. The company made its decision to expand after the announced closing of the city’s General Motors plant. The layoffs didn’t influence the decision, Rhodes said, but provided an available, well-trained workforce.

In fact, officials from both Penn Color and Data Dimensions said the local economic conditions weren’t as important as other factors because much of their sales and customers come from outside the area.
Data Dimensions chairman Mark Bush said the expansion will be good for his company — and Rock County. It will allow the company to add 50 jobs initially, with the possibility of up to 250 new jobs in later years.

“The addition of this 20,000-square-foot facility will significantly increase our operations capacity, enabling us to better serve our clients, meet the demands of the continued growth we are experiencing, expand our workforce and continue to contribute to the community,” Bush said.

The nonprofit Wisconsin Center for Investigative Journalism (www.WisconsinWatch.org) collaborates with its partners — Wisconsin Public Television, Wisconsin Public Radio and the UW-Madison School of Journalism & Mass Communication — and other news media. This report was prepared in collaboration with The Janesville Gazette and is part of a project also involving WPT and WPR. All works created, published, posted or disseminated by the Center do not necessarily reflect the views or opinions of UW-Madison or any of its affiliates.