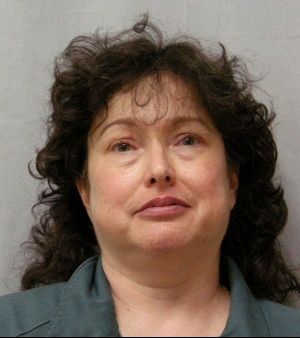 Wendy Nelsen was convicted of tax fraud while an inmate at Taycheedah Correctional Institution in Fond du Lac. Courtesy of Wisconsin Department of Corrections

Hiding more than 700 “roommates” from the state may seem like a tall order, but a small group in a Wisconsin women’s prison tried to pull it off to get unearned housing tax refunds.

Some got away with it too, for a while. Wendy Nelsen, 44, in prison for soliciting a child for prostitution, was convicted last week for her involvement. She faces another 60 years in prison and $60,000 in fines.

According to a criminal complaint, Nelsen helped other inmates at Taycheedah Correctional Institution in Fond du Lac fill out the Wisconsin Homestead Credit Claim forms with fake rent certificates on real homes.

One inmate said Nelsen “had done this for 35 people in the last year,” and had been filing false claims for five years. She was convicted in Fond du Lac Circuit Court of filing fraudulent claims dating back to 2007.

Inmates would claim to have  rented in Wisconsin, then refund checks, generally for small amounts. One listed in the complaint was for $300.

A judge sentenced Nicole Ousley, 37, in May for the same crime. She will spend another two years behind bars. Two other inmates from TCI, Kristine Flynn and Amy Prelwitz have pleaded not guilty and face trials this fall.

Nationally, inmate tax scams are nothing new, according to this April CNN report.

Investigators say Monroe County jail inmates in Key West had been filing false tax return forms for jobs they never had as far back as 2004, and getting thousands of dollars a pop in refund checks.

Using a formula that kept their refunds to amounts under $5,000 per claim, inmates thought they would fly under the radar, investigators say. And they did for years, passing around cheat sheets that showed line by line how to fill out the complicated forms.

Any individual flagged for suspicious information by the Wisconsin Department of Revenue can get audited, where wrongdoing can be uncovered, that’s how the Taycheedah Four fell under suspicion.

“We continually monitor for fraud and review any returns which have odd or conflicting information,” DOR spokeswoman Stephanie Marquis said.