Wisconsin’s gun deer season is under way this week, but efforts to manage a threat to future deer hunts — chronic wasting disease —  are having little effect, despite seven years and nearly $41 million in state and federal spending, data and interviews show. 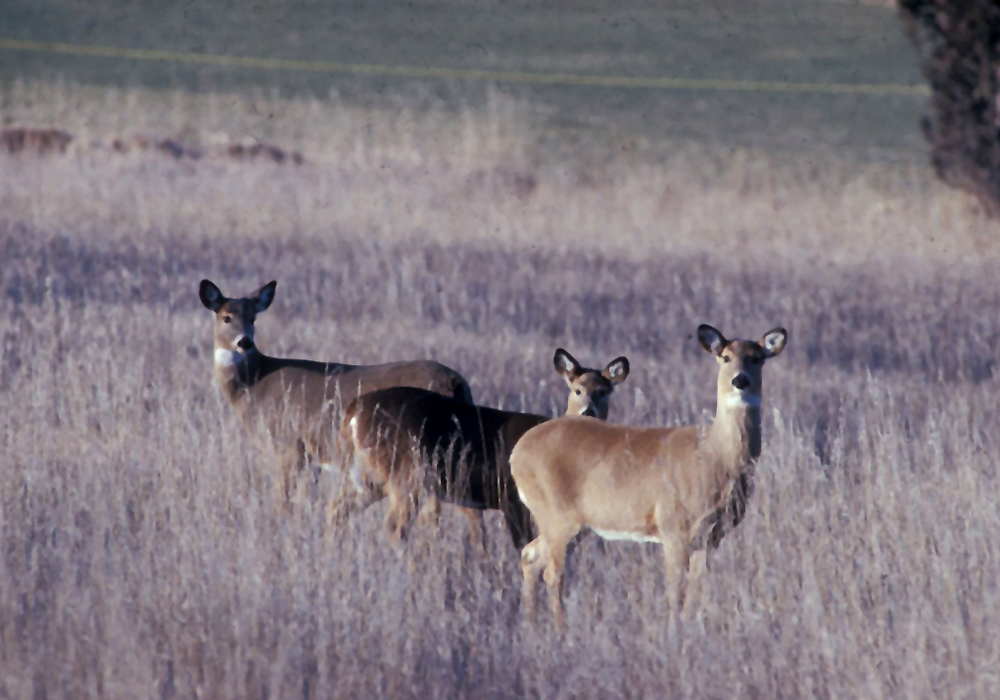 The Department of Natural Resources has failed to meet critical goals for reducing the size of the deer herd and reducing infection totals in areas hit by the fatal deer disease, Davin Lopez, who heads the agency’s CWD program, acknowledged in an interview.

For instance, in one Southwestern Wisconsin deer management unit being monitored for CWD, the population goal is about 1,800 deer. Estimates from earlier this year put the herd around 11,500 in that unit.

The two times the DNR looked to be making progress with population within the CWD Management Zone, it was only after goals were relaxed and made easier to attain. The population goal in 2008 was more than three times the goal in 2002, when the DNR first started specifically monitoring for CWD.

The rate of infection in adult bucks in the core western area of the CWD management zone, which covers mostly western Dane and eastern Iowa counties, increased from 10 percent in 2007 to 15.5 percent in 2008.

“There’s no question more needs to be done,” said Ed Harvey, chairman of the Conservation Congress, a 360-member advisory body that works with the Natural Resources Board to manage the state’s natural resources.

CWD is a contagious fatal neurological disease that affects deer, elk and moose and is similar to mad cow disease in cattle. There have been no cases of the disease infecting humans or other animal species to date, but inter-species transmission remains a concern, especially for those eating infected meat. 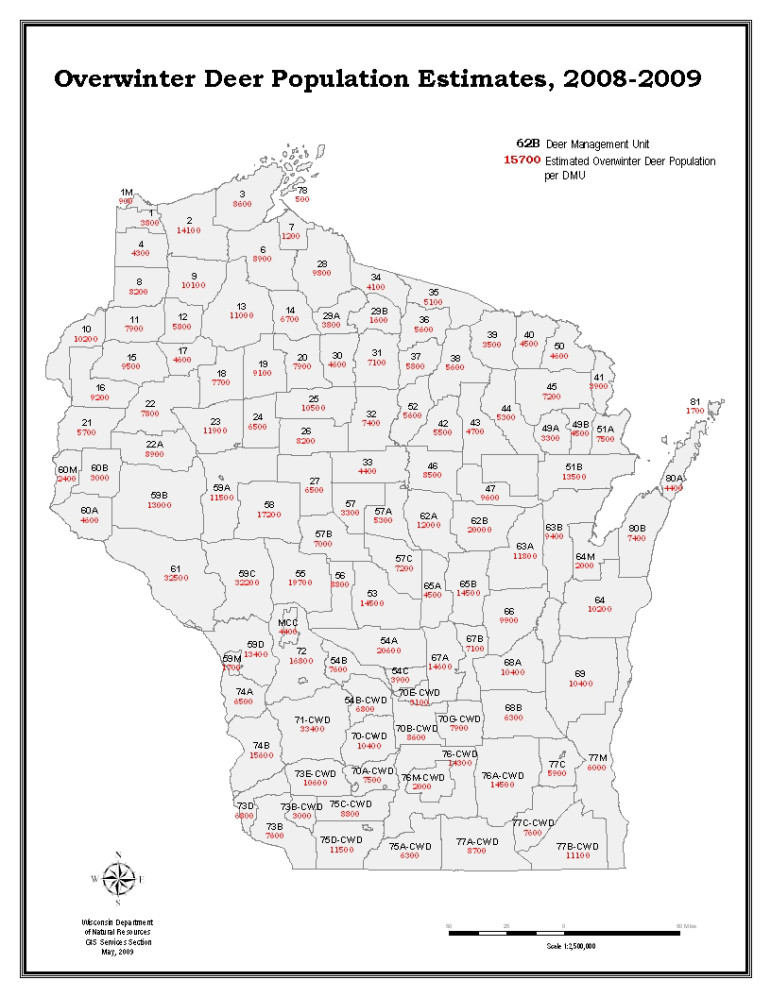 According to the Centers for Disease Control and Prevention, CWD has been found in wild populations in 11 states and two Canadian provinces and “is likely to continue to grow.”

A diseased and depleted deer herd would be of most concern to the state’s 700,000 deer hunters, but consequences of CWD would hit every Wisconsinite, as deer hunting brings an estimated $1 billion in total impact to the state’s economy annually.

The Department of Natural Resources has consistently said its main weapon in fighting CWD in Wisconsin is population management, but Lopez said officials are “nowhere close” to targets “that would have a drastic effect on the disease transmission.”

Within the CWD Management Zone, which encompasses much of the lower third of the state, current density goals range between 15 to 24 deer per square mile of deer range. The last post-hunt count this spring put density levels between 34 and 103 in the 18 deer management units within the management zone.

The DNR earlier had set goal densities between five and 10 deer per square mile of deer range but eased the goals drastically in 2008 as it became clear the agency was failing to reach those target numbers. Goal densities in one zone increased fourfold.

In the seven years CWD has been monitored in Wisconsin, the closest the DNR has gotten to one of its goal population figures was the 2008 hunting season, when numbers were 159 percent over the goal. This was after the goal population was more than doubled. In 2007, figures were 424 percent above the goal. 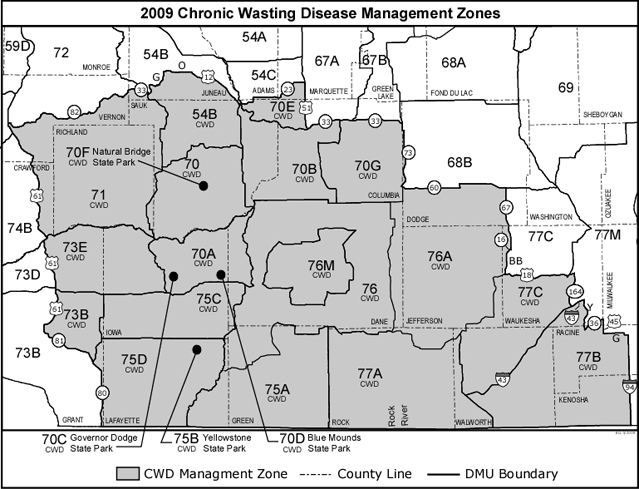 Lopez said the DNR is doing all it can and the responsibility lies with the public, not the agency.

“We set the regulations, but to get the herd reduction like we want, we rely on hunters,” Lopez said. “There’s really no other way to do it. We can’t do it. We just don’t have staff to do it.”

Hunters don’t like over-hunting because they like having a lot of deer — particularly older, trophy deer — around to hunt. A smaller deer population means a less-pleasurable hunting experience, Lopez said.

Lopez compared the fight against CWD to global warming: He said it’s difficult to ask people to care about an issue that won’t directly affect them. He estimates the disease won’t cause Wisconsin’s deer population to sharply decline for 25 to 50 years.

“There was a lot of resistance — either a lack of awareness or a lack of recognition that it’s going to be a disease that has profound effects on the deer herd in the future,” Lopez said. “People just didn’t care enough about that now. It’s hard to sacrifice now for future generations.”

John Welter, secretary of the Natural Resources Board, was one of seven board members who unanimously voted to delay action on a five-year CWD management plan proposed by the DNR staff this August.

“If you look at CWD and population control efforts to date, it may be that there’s been some temporary or local reductions,” Welter said, while on his way last week to a shooting range with his son and daughter, preparing for the gun deer season, “but not much in the way of overall reductions.” 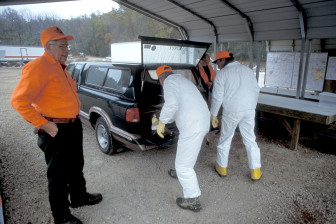 Since 2002, DNR has analyzed almost 152,000 deer with a total of 1,172 free-ranging deer testing positive for CWD. All the positive deer were found within the CWD Management Zone. PHOTO/DNR

When the board did not approve the proposed management plan, it asked six independent CWD experts from around North America to review the agency’s goals and proposed solutions. The panel is expected announce its findings to the Natural Resources Board in early December. Welter wants to wait and see what the experts say about the DNR’s plan.

“Maybe the opportunity has already passed. I don’t know,” Harvey said. “But whatever is to be done needs to be done at an accelerated pace … Right now there’s no end in sight.”