Officials at the University of Wisconsin-Madison say they defused threats from 125 troubled students, employees and area residents under a little-known program launched two years ago in response to deadly tragedies on college campuses in Virginia and Illinois.

But the program didn’t identify at least three individuals before they caused problems at Wisconsin’s flagship campus, including threats against a campus leader, a bomb threat and a murder near campus.

However, officials decline to release details of the 125 cases they’ve handled, or much information about the three incidents, contending that most of their records aren’t public.

“As of now we’re doing a good job,” said Kevin Helmkamp, associate dean of students and co-chairman of the Threat Assessment Team, which strives to avert violent incidents. Helmkamp also co-chairs a related panel, the Intervention Team, which for many years has attempted to prevent troubled students from harming themselves.

“We would love to say we’re 100 percent but we’re not; it’s all part of the university experiment,” Helmkamp said.

The threat-assessment program was launched in the wake of mass shootings at Virginia Tech in 2007 and at Northern Illinois University in 2008. 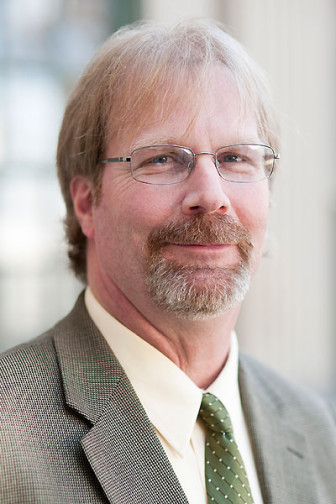 The UW-Madison Threat Assessment Team identifies people who pose a threat — and also crafts plans for helping many obtain treatment.

“Most of the times we think of it as putting a tree in front of a person to slow down the snowball effect,” Helmkamp said.

And sometimes, they just can’t get the tree in place; threats aren’t detected in time.

‘People will show the warning signs’

Capt. Karen Soley, who represents the University Police on the team, said in cases where individuals are off campus it’s especially difficult to detect early signs of danger.

Records obtained through Wisconsin’s Open Records Law provide a glimpse into several such cases involving individuals who posed threats to the UW-Madison community:

Soley said that in both the Taylor and Miller cases, the university and police successfully responded to the first threatening contact from the individuals. Since Taylor and Miller were both living off campus, city police officials took the lead on following up with the two individuals and reported back to UW-Madison.

With the Peterson case, Soley said Peterson had already dropped out of class, and even while in class, his behavior never rose to a level to catch the team’s attention. 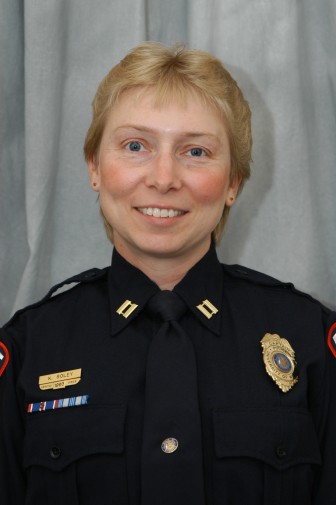 “As for Peterson the failure isn’t with the team, the failure is the same as in any shooting or incident,” Soley said. “The only way we know is ifpeople come to us with information.”

Knowing when to intervene is a difficult judgment call, as situations at other universities this year have shown.

In early October, a UCLA student allegedly slashed the throat of a classmate during a chemistry lab. Reports have surfaced that the man had been identified as having mental health issues 10 months prior to the attack. At Yale University in September, a laboratory technician was charged in the strangulation murder of a graduate student. The employee had been described as bossy and controlling but not diagnosed as having mental health problems.

Although earlier identification of the problem is ideal, a mental health expert said some diseases and disorders don’t appear until the college years.

“All teachers should be aware of the warning signs of depression and anxiety; those are the two most frequent ones that show up during the college years,” said Bonnie Loughran, executive director of the National Alliance on Mental Illness in Dane County.

Loughran said everyone who touches the lives of students should be aware of early warning signs of mental illness so they can intervene before any type of violence can occur.

Both the threat assessment and intervention teams include representatives from UW housing, campus police, the dean’s office, counseling services and legal staff.

“This is 42,000 students on a campus with 16,000 faculty (and staff) and untold amount of visitors every day,” Helmkamp said. “It’s very labor intensive, and very difficult to measure” the effectiveness.

John Lucas, a university spokesman who attends Threat Assessment Team sessions, said that “we’ve built a better radar system, people are getting together around the table and talking about cases, in a way that they haven’t always happened in the past.”

A person is added to the threat assessment program’s list of cases when one of the members receives a report of a person who seems threatening, an act or behavior is detected, or when violence is directed at an individual.

The Threat Assessment Team looks for people exhibiting any of seven “indicators of violence,” including poor impulse control, obsessing about injustice, other obsessiveness, substance abuse, fascination with weapons, police or the military, preoccupation with violence and paranoia or delusions.

Soley said police look for signs, such as substance abuse, acting out, attempting to harm themselves or others, or strange messages or e-mails. She emphasized that police focus upon the behavior — not the mental health — of individuals.

“We certainly encounter a lot of people with mental health issues or personality disorders, but to assume everyone on campus battling mental health issues poses a threat does a disservice to the vast majority of those people who pose no threat to anybody else,” Soley said.

After a person comes under the scrutiny of the committees, his or her behavior is analyzed and a response plan is developed, Helmkamp said.  That may lead to a range of actions, including hospitalization, counseling, a “behavioral contract” or written apology. In some cases, Helmkamp meets face to face with students who may pose a threat to the campus community.

“I’m pretty serious and straightforward. I say, ‘Are you going to kill someone?’ ” Helmkamp said. “I’m very hesitant to diagnose problems because we look at behaviors, and you can’t diagnose off of that. I see threat assessment as an initial screen, and paranoia is one of those first indicators.”

The dean’s office can’t force a student to undergo a mental health assessment, but officials can work with University Police to enforce an “emergency detention.” Helmkamp said that has occurred in fewer than five cases in the past two years.

Helmkamp said, there is “reasonable evidence” that the program prevented harm to roommates, neighbors and others. He declined to be more specific.

Although the Threat Assessment Team’s duties have been handled by existing employees, Helmkamp says help is needed. This fall, he requested funding for a full-time employee and graduate student hourly position. The $132,500 request is awaiting review.

The teams meet every two weeks, behind closed doors. The meetings are closed to the public. Officials cite the federal Family Educational Rights and Privacy Act, which protects the confidentiality of student records, as a reason for denying the public access to many records, such as the specific response, identities of individuals on the list, and results from actions. Campus police treat the records as ongoing investigations, and contend they are exempt from public records laws.

Records are kept private to protect the individuals being investigated, but also to efficiently perform security responsibilities at the university, according to Soley.

Helmkamp said the groups have never conducted an audit to track their progress, but plan to begin the process this fall.

In addition to the closed meetings, University Police host training sessions for anyone on campus on how to detect early warning signs of a person in crisis. The next session is at 1 p.m. on Nov. 12 in room 5045 at 21 N. Park St. For more information about UW’s safety initiatives visit http://www.uwpd.wisc.edu/PMCSCS.html