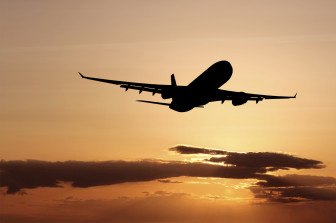 Auditors also found that charges were documented insufficiently in about one quarter of transactions last year.The Legislative Audit Bureau, a nonpartisan government accountability agency, reviewed a sample of 3,071 credit card transactions out of more than 693,000 total transactions made by state employees at agencies and University of Wisconsin institutions. The auditors said generally controls and oversight were adequate.

However, the individual instances of abuse for personal gain upset legislators from both political parties.

“I was most disturbed by some of the findings,” said state Sen. Kathleen Vinehout, D-Alma, co-chair of the Joint Legislative Audit Committee. “The audit provides evidence people used the state credit card to buy personal items and didn’t reimburse the state. The credit card limits were much higher than the state’s recommended credit limit. In many cases there were accounts that were not canceled.”

Rep. Bill Kramer, R-Waukesha, a member of the audit committee, said the policy violations show the need for stricter controls and enforcement.

“[State auditors] say they have proper safeguards in place. If that’s the case, then maybe we just need to bring out a bigger hammer to enforce them,” Kramer said. “I think the real easy solution to that is if you don’t have documentation you will be required to reimburse the state. If you are not reimbursing the state within 30 days, 45 days, 90 days — you pick the number — then you’re fired and prosecuted.”

The report said five business-class airfare tickets purchased by State of Wisconsin Investment Board employees for travel to meetings in Europe totaled $48,226. The state travel policy requires coach airfare unless written justification is submitted and approved by a supervisor, and documentation from two of the plane tickets shows the employees could have saved $12,600 by purchasing coach tickets instead. An exact amount of money that could have been saved by the other tickets was not available in the report.

Investment Board officials could not be reached for comment late Wednesday.

Other unnecessary expenses reported by the auditors included:

Vinehout said such violations are significant given the cutbacks the state is facing to balance the budget.”When you’re looking at state employees that are furloughed and students that aren’t able to take classes because there’s not enough money to pay university faculty to teach the extra section, and here we have state employees spending $48,000 for five business class tickets to wherever they went in Europe? This is wrong,” Vinehout said. “It is sad that some of the agencies haven’t taken this seriously until the auditors were there looking at the details, and the State of Wisconsin Investment Board is a great example.”

Auditors reported that a Department of Military Affairs employee, who since has resigned, racked up 12 improper technology-related purchases totaling $16,686 — a string of transactions that caught the attention of the military affairs agency before the audit agency spotted the problem. The employee hasn’t reimbursed the state, and the case has been referred to the Department of Justice.

Another military affairs employee incurred a bill of $2,384 at a hotel in Puerto Vallarta, Mexico in April 2008. The cardholder alerted the agency purchasing card administrator, auditors reported, and said that he placed the charges on the state card after his personal card was declined and he was threatened with imprisonment. But the employee, as of June, was on active duty overseas and hadn’t reimbursed the agency.

In addition, an employee of the Department of Natural Resources was fired in July after auditors revealed inappropriate personal charges to the employee’s state credit card that were not reimbursed totaling $1,142.

Kramer said employees that violate the policy like the DNR employee should not just be dismissed, but should also be prosecuted for fraud. The DNR case has been referred to the Dane County District Attorney’s Office, according to auditors.

The audit also found that 23.8 percent of transactions failed to meet minimum documentation standards, which according to state policy include an original receipt showing what was purchased, a record of purchases, which may be either a bank statement or a purchase log created by the cardholder, and the signature of the cardholder and a supervisor on the record of purchases.

Vinehout was concerned about the nearly one-quarter of instances that lacked proper documentation and said she fully supports recommendations by the state auditors to improve the state purchasing card system, including developing procedures requiring cardholders to explicitly document the purpose of purchases made with state credit cards.

“I would argue that it absolutely must be done, and it certainly will add value to the oversight process. Because in some of the cases that were cited in the audit, if the purpose had been stated by the employee it might have been easier for the supervisor to identify the fraud earlier,” Vinehout said.

State Department of Administration policies do not limit how many cards an employee may hold — and as of December, auditors found, 40 employees held 10 or more credit cards.