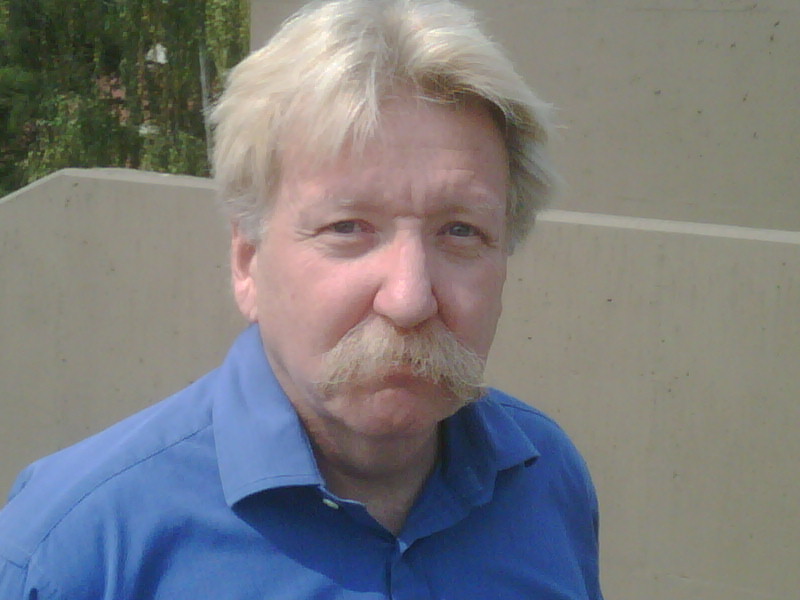 Authorities in Seattle are trying to identify this man. MIKE SIEGEL/SEATTLE TIMES

The Wisconsin Center for Investigative Journalism is assisting The Seattle Times in an effort to determine the identity of a man, possibly suffering from amnesia, who turned up three weeks ago at a Seattle park. The man says he and his late wife, Tina, attended the University of Wisconsin-Madison in the 1980s, and that she died after a miscarriage in Chicago in 1985.

If you have information about his identity, please contact the Center at 608-262-3642 or amorrell@wisconsinwatchmediapartners.wpcomstaging.com.

Among the clues the man, known as Jon Doe, has offered, according to The Times:

The following report is reprinted with permission of The Times. The newspaper’s full coverage is available here.

The blond-haired man with the walrus mustache wandered out of Seattle’s Discovery Park three weeks ago, with pressed khakis, an expensive dress shirt, a blue blazer and $600 hidden in his sock. He was uninjured — but said he was confused, lost and frightened.

This much is clear: He is fluent in English, French and German. He possesses a professorial knowledge of European cultural history. He seems to have traveled the world. And he says he is a widower.

But he said he doesn’t know who he is or when he was born. Or how he got here and why. Or whether he even wants to know.

His doctors at Swedish Medical Center’s Cherry Hill campus said they don’t think he’s faking it, but they don’t really know how to help. The cops so far are stumped, too.

Today, the 50-something man with the white ID bracelet that says, simply, “Jon Doe,” is scheduled to be discharged from the hospital. But he has nowhere to go, while he waits and wonders if someone out there is missing him.

“I find myself in tears that I don’t know if I want the memories,” he said. “But if you don’t have an identity, it’s very difficult to survive.”

Jon Doe — he’s fine just being called Jon — said he awoke in the woods of Discovery Park on July 30, groggy, disoriented and dehydrated. He had no wallet, passport or day planner.

He flagged down a Metro bus driver, who called paramedics as it dawned on the man that he recalled only fragments of his life: glimpses of Shanghai during last year’s Beijing Olympics; college professors he said he knew decades ago in Wisconsin, Chicago and New York.

And, most troubling, memories of a 24-year-old wife named Tina, from Wisconsin. He seems certain he found her dead in their bed after she miscarried in early 1985 in Chicago.

His doctors aren’t sure what to make of him.

He seems intelligent, well-educated, articulate and polite and has a Midwestern inflection. The doctors said they find him neither too disturbed by his fate, nor too casual.

Generalized amnesia is considered extremely rare. But the doctors said they have checked his heart, his brain and his nervous system and have ruled out epilepsy, dementia and delirium. They also found no evidence of physical injury.

“We see this from time to time, and normally it turns out to be something else,” said Dr. Brian Larson, a psychiatrist affiliated with Swedish who has been attending to Jon Doe.

“We do see people who are feigning or exaggerating for their own reasons. But I was the third psychiatrist who saw him. And all of us have gotten a sense that he’s very genuine.”

Seattle police have taken Jon Doe’s fingerprints and sent his photograph to police and college organizations around the world. But so far there are no clues to his identity and nothing that suggests he is a criminal or crime victim, said Mark Jamieson, a police spokesman.

But detectives are still trying to find other leads, he said.

Jon Doe has not been able to offer them much help.

“The background is extremely foggy,” he said. “There just isn’t much of anything there.”

He recalls little of his childhood or of his profession, he said. He is confident he has spent most of the past two decades abroad. He refers to himself as an “expat.” He knows street directions to the national library in Paris. He knows Vienna, and Googled a university hospital there as soon as he gained access to the Internet. He’s not sure why.

His comfort zone is clearly Central European history and politics. He speaks easily and freely on the intricacies of the Habsburg monarchy and of Viennese art and architecture, his speech bouncing from English to German to French.

He said some of his few vivid memories are of specific professors he studied with. Specifically, he named William Berg, a professor of French and Italian literature at Wisconsin, and Istvan Deak, now a professor emeritus of European history at Columbia University in New York.

Jon Doe said he especially recalls delivering a slide-show lecture to Deak’s class at Columbia in about 1989. He said he spoke on the Vienna Secession, an early-20th century Austrian art movement that included artist Gustav Klimt.

But neither Berg nor Deak recognized Jon Doe when The Seattle Times e-mailed a photo to them this week. Deak sent the photo on to several former students from the era, but so far none of them has recognized him either. The Times also contacted professors at the University of Chicago, to no avail.

The Times, with the help of the Wisconsin Center for Investigative Journalism in Madison, searched death records and university rolls from the 1980s for a woman named Tina who fit Jon Doe’s description.

Harrison Pope, a professor of medicine at Harvard Medical School who has spent 30 years studying amnesia, said the situation Jon Doe says he is experiencing is not unheard of. But it’s such a “rare and exotic phenomenon” that Pope has never personally met a patient who has total amnesia.

Pope thinks the controversial notion of “repressed memories” — the subconscious blockage of traumatic events — is a myth. He said he suspects such cases have biological causes that science doesn’t understand yet.

And because of that, no one really knows how to help, Pope said.

Jon Doe doesn’t know where he’ll go once he leaves the hospital. He doesn’t want to go to a homeless shelter, and private agencies have turned him away for lack of ID.

So for now, the man with the walrus mustache has been walking the hospital halls, reading books, doing jigsaw puzzles and waiting.

For what, he said he isn’t sure.

“One thing I’m afraid of if my memory comes back is, will I want it?” he said. “I’m still not sure how well I’ll be able to handle it.”

Do you know Jon Doe?

ANYONE WITH INFORMATION can call the Seattle police Missing Persons Unit 206-684-5582 or contact Seattle Times staff reporter Ian Ith at 206-464-2109 or iith@seattletimes.com