Following a collaborative report by the Wisconsin Center for Investigative Journalism and the Milwaukee Journal Sentinel about Gov. Jim Doyle’s failure to properly document his travel expenses, his office has, for the most part, kept quiet about the topic. 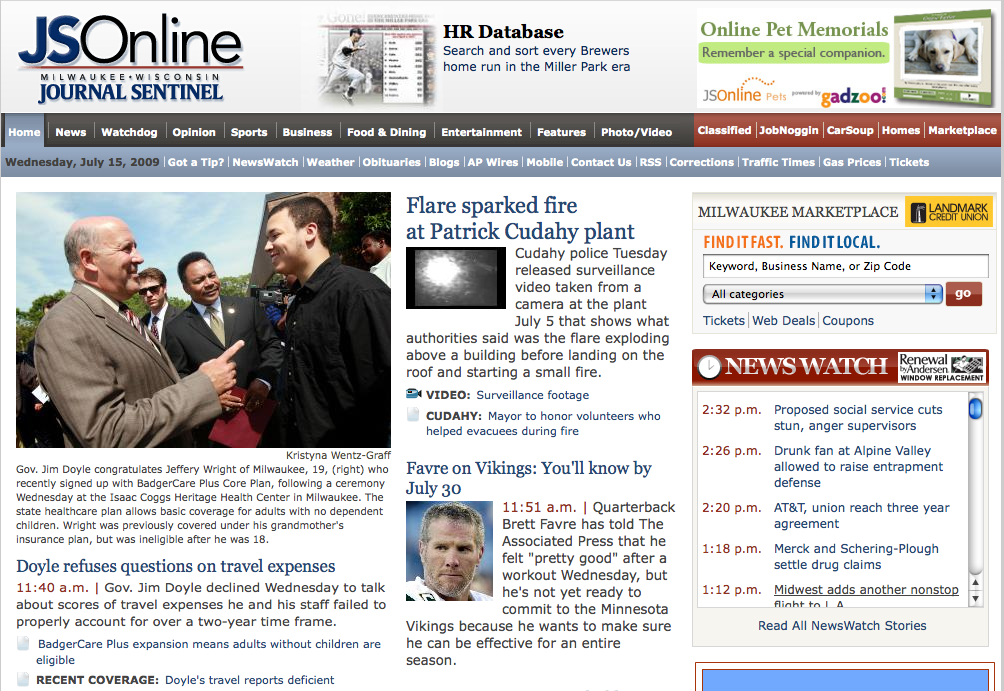 Doyle did, in a meeting last week at the Appleton Post-Crescent, defend his office’s record-keeping and say he is frugal in his spending.

Today, however, Doyle declined to discuss the topic with reporters when questioned about whether he and his office might change procedures to fully comply with the policy that requires receipts to accompany other documentation after using state-issued credit cards.

A Milwaukee Journal Sentinel reporter questioned Doyle during an event in Milwaukee. Doyle said he would not comment on any issues other than the one he focused on at the event – an expansion of Wisconsin’s BadgerCare Plus health insurance program.

Doyle did, however, end up taking questions on other topics, but waved away the Journal Sentinel reporter as he stepped into his SUV following his appearance.