WATERLOO — Top Wisconsin officials acknowledged Tuesday that Wisconsin dairy farmers increasingly rely upon immigrant workers, including large numbers who may be undocumented — a result of demand for labor and the nation’s porous borders. 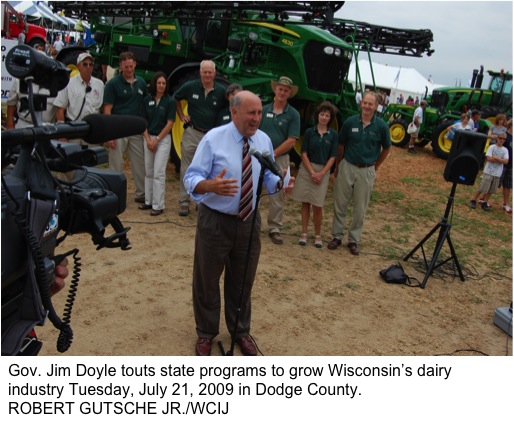 “It is true in agriculture in some areas of the state more than others, that the need for agricultural workers is very strong and that increasingly the number of people working are immigrants,” Gov. Jim Doyle told the Wisconsin Center for Investigative Journalism at Farm Technology Days, one of the state’s largest annual gatherings of farmers.

Today, about 40 percent of the workers in the state’s dairy industry are Latino immigrants, according to a UW-Madison Program on Agricultural Technology Studies report.

The high concentration of immigrants in the dairy industry, Doyle says, means “we have a lot of jobs and we need to hire a lot of people.”