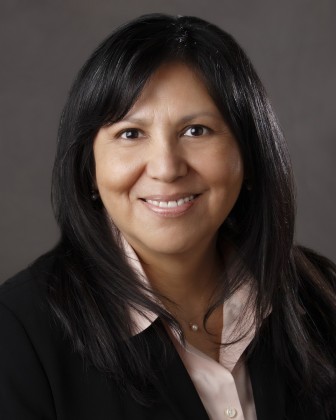 Karen Lincoln Michel, a nationally noted leader in Native American journalism and newsroom diversity who currently is a top editor of the Green Bay Press-Gazette, has been elected to the Board of Directors of the Wisconsin Center for Investigative Journalism.

Lincoln Michel’s unanimous election to the Board increases its membership to six.

The Board is responsible for guiding the Center, an independent nonprofit organization based in the University of Wisconsin-Madison School of Journalism & Mass Communication. Operated by a staff of professional journalists, the Center produces journalism in the public interest with its partners — Wisconsin Public Radio, Wisconsin Public Television and the journalism school — and collaborates with mainstream and ethnic news media across Wisconsin.

The center aims to increase the quality and amount of investigative journalism in Wisconsin. Its mission is to protect the vulnerable, expose wrongdoing and seek solutions to pressing problems as it investigates government integrity and quality-of-life issues.

Lincoln Michel, a member of the Ho-Chunk tribe in Wisconsin, is assistant managing editor of the Green Bay Press-Gazette, where she oversees the Opinion page team, conducts community outreach to attract new audiences, and focuses on public service journalism through data-driven analyses. Previously she covered state government and politics in her role as the Press-Gazette’s Madison bureau chief.

Lincoln Michel began her daily newspaper career in Wisconsin as a reporter at the La Crosse Tribune and went on to The Dallas Morning News in Texas, where she covered a variety of beats. From 1987 to 2005, Lincoln Michel was part owner of the twice-monthly newspaper News From Indian Country, published in northern Wisconsin. She has written extensively about Native American issues as a freelancer and was a columnist for The New York Times Syndicate’s former New America News Service.

In 2008, Lincoln Michel completed a two-year term as president of UNITY: Journalists of Color, the largest journalism organization in the nation, representing thousands of news reporters and editors of diverse racial and ethnic backgrounds. A past president of the Native American Journalists Association, she holds a bachelor’s degree from the University of Wisconsin-Stout and a master’s degree from Marquette University.