The Wisconsin Center for Investigative Journalism has been awarded a $100,000 grant to launch its efforts to examine government integrity and issues affecting the quality of life of Wisconsin residents.

The grant from the Ethics and Excellence in Journalism Foundation is the first major donation to the independent nonprofit Center, which began operations in January.

The Foundation, a national philanthropic organization based in Oklahoma City, said the Wisconsin Center could become a model for strengthening local investigative journalism in other states as traditional for-profit news organizations pare newsrooms in response to economic pressures.

“We’re excited about the Center becoming a leader in this new wave of investigative reporting,” said Bob Ross, president and CEO of the Foundation. “Its alliances with journalism schools, public broadcasting and mainstream and ethnic media create an inspiring initiative.”

The Center was among 19 organizations nationwide receiving $1.27 million in grants to support journalism projects from the Foundation, which was established in 1982 by journalist Edith Kinney Gaylord to invest in the future of journalism by building the ethics, skills and opportunities needed to advance principled, probing news and information.

The Center, one of the first of its kind in the nation, will produce journalism in the public interest with its partners — Wisconsin Public Radio, Wisconsin Public Television and the University of Wisconsin-Madison School of Journalism & Mass Communication.

A staff of professional journalists will operate the Center under the guidance of a board of directors composed of nationally acclaimed journalists and experts in management of nonprofit organizations.

“We are deeply appreciative for the timely and crucial support that the Foundation has given to the Center and to investigative reporting across the nation,” said Brant Houston, the Center’s board president and the Knight Chair in Investigative Journalism at the University of Illinois.

Award-winning investigative reporter Andy Hall, who worked at the Wisconsin State Journal for 18 years and has taught numerous journalism courses at UW-Madison, is executive director of the Center, which is headquartered at the UW-Madison journalism school.

“This generous gift will help protect vulnerable Wisconsin residents, expose abuses of power and accelerate the search for solutions to problems,” Hall said.

The Center will collaborate with its partners and with mainstream and ethnic media across Wisconsin. It also will train students in investigative techniques and will teach residents how to scrutinize issues — such as school performance, neighborhood safety, water quality and the ethics of government officials — in their own communities. The Center will provide its content free to the news media of Wisconsin.

The Center will seek contributions from individuals and foundations to reinvigorate local investigative journalism and democracy at a time when many traditional news organizations are facing financial crises.

Hall will spend the next few months initiating stories and securing funding for the Center, which also has received a pledge for $2,000 from the State Journal. 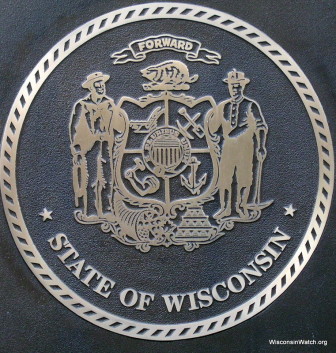 The Center plans to eventually have four Wisconsin-based investigative journalists and a Washington, D.C., correspondent who will track the impact of federal policies and funding on Wisconsin and serve as a watchdog over the state’s congressional delegation and lobbyists.

The Center operates as a 501(c)(3) organization under an IRS ruling issued April 6, 2009. Contributions to the Center are tax-deductible.

The Wisconsin organization also will collaborate with the Center for Public Integrity, an internationally renowned and nonpartisan, nonprofit investigative organization based in Washington, D.C., that has produced global, national and state-related stories over the past two decades.